How to Do Watercolor Makeup

A look inspired by the movie Belladonna of Sadness. 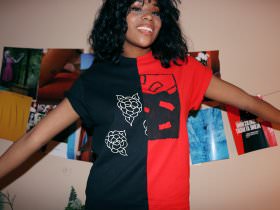 DIY Half ’n’ Half T-shirt 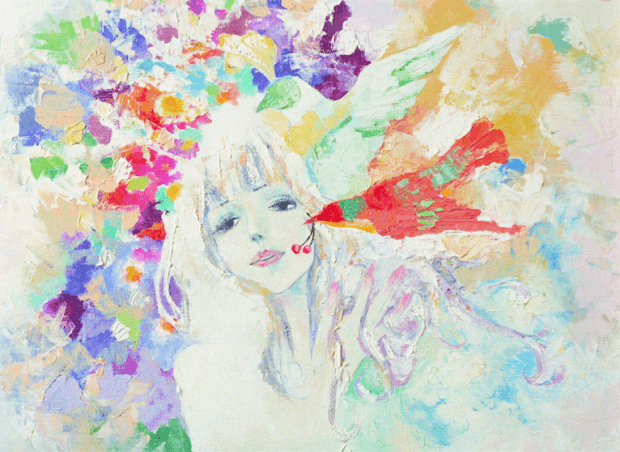 A still from the movie Belladonna of Sadness.

Belladonna of Sadness is a 1973 Japanese anime film that is shocking, powerful, and unlike any other movie I’ve watched. As soon as I get lost in one of its dream-like scenes, a graphic narrative or grotesque visual pops up. (There are scenes of violence and sexual assault, so please take that into consideration before deciding whether or not to see this movie.) It’s a tale saturated in themes of witchcraft, particularly the notion that female sexuality is a form of witchcraft.

The film begins with an idyllic introduction to Jeanne and Jean, who are to be married. On their wedding night, Jeanne is brutally assaulted by the awful lord of their village and his horde of sycophants. The scene is nightmarish, disturbing, and even traumatic to watch. Jean can’t intervene or protect his wife, and when Jeanne returns home, clothing in tatters, bleeding, and sobbing into his arms, Jean says something like, “Let us forget all that has happened and start anew.” I developed a deep loathing for Jean after this, a feeling that only grew stronger as the film progressed. (Jean is the absolute worst.) Soon thereafter, a small phallic creature visits Jeanne and reveals himself to be the Devil. They make a deal that Jeanne will belong to him if he gives her the power to thrive and help the struggling peasants in the village. As for what happens next: I’ll leave it a mystery!

The Daily Beast described Belladonna of Sadness as a “Joan of Arc tragedy-triumph meets 1970s Japanese art house transgression,” and I agree! The watercolor animations make me think of Klimt, medieval tarot cards, and these fairy picture books my aunt used to read to me. There’s even a confusing montage of explosive pop art. Behind all of this incredible imagery is an avant-garde pop/psychedelic-rock/occasionally jazzy soundtrack composed by the great Masahiko Satoh.

This Belladonna of Sadness makeup tutorial is inspired by the film’s pastel watercolors and Jeanne’s eyelashes, which remind me of spiders or overgrown gardens. I recommend listening to this song while doing the tutorial, as well as spritzing your hair and face with rose or lavender water to make the experience extra dreamy. 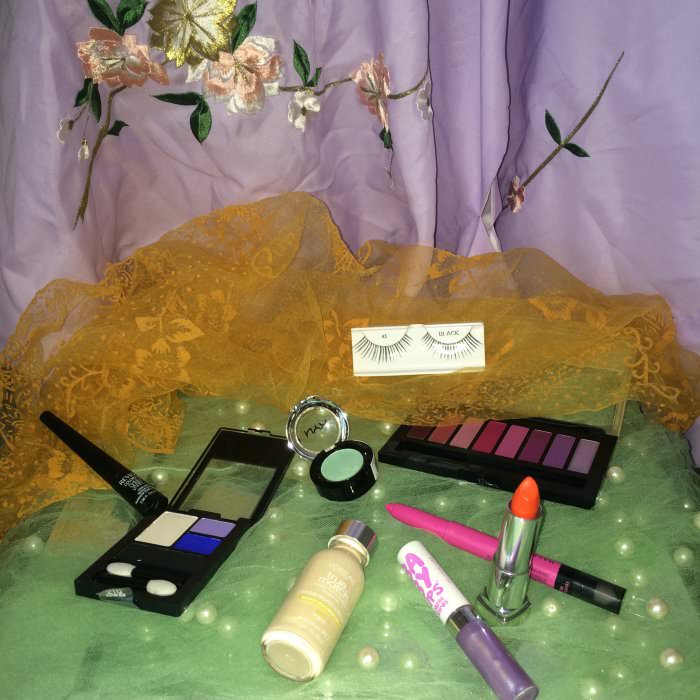 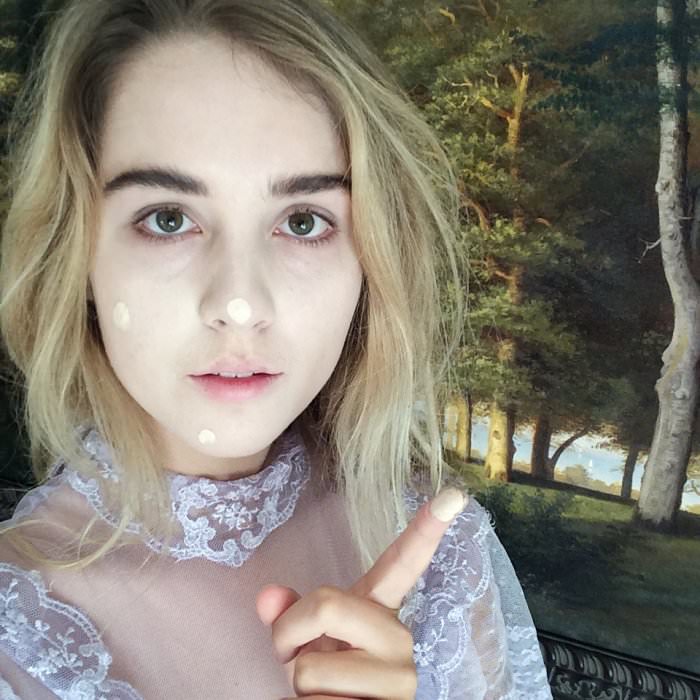 Lather up your face with foundation. Be sure to moisturize beforehand! 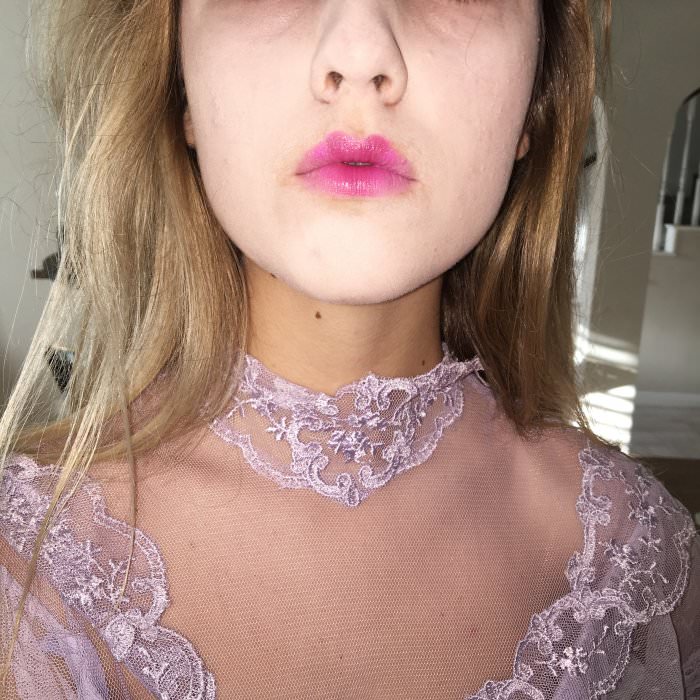 Coat your lips in the lightest shade of lip stain. With the darkest shade, create a little heart in the center of your mouth. I just used my fingers to do this and emphasized my cupid’s bow for a more dramatic effect. To look less like the Queen of Hearts, you can blend out the heart using the medium lip color. 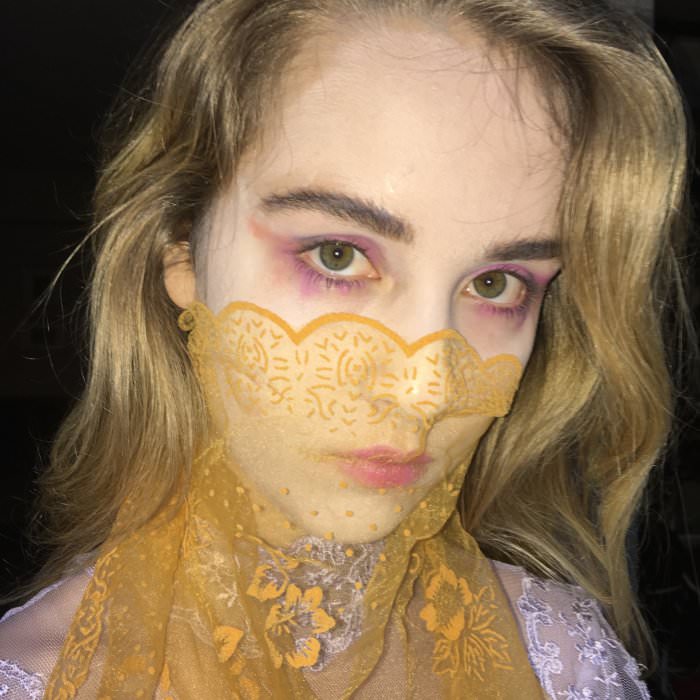 Next up: watercolor-inspired eyeshadow. Smudge electric purple and lavender eyeshadow onto a fingertip, then draw winged lines that start from the outer corners of your eyes. You’ve got all the creative control here, so choose whatever bright and dreamy colors you like! If you don’t have certain colors of eyeshadow, lipstick is a great alternative. I used orange and bright-pink lipsticks to draw little lines swirling out from my eyes. This is when things might get messy, but it’ll look great as you blend, blend, and blend some more. 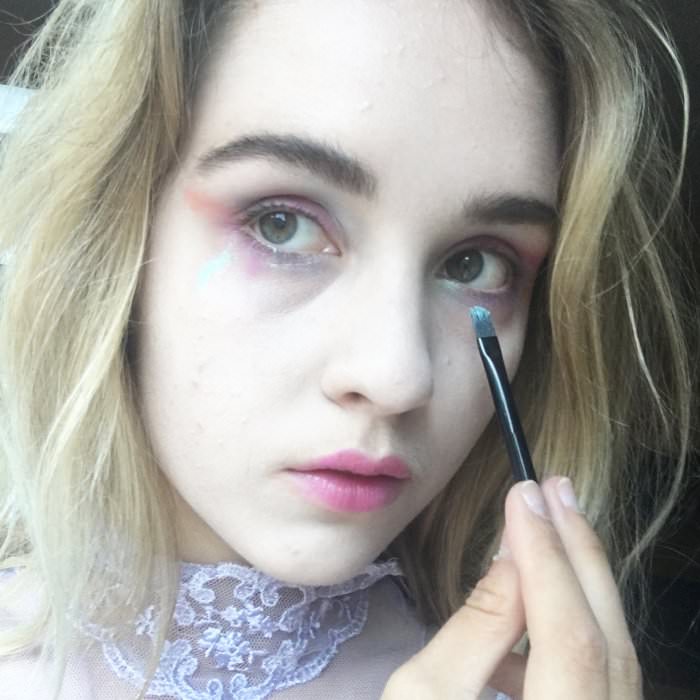 Create the illusion of tears by smudging light blue eyeshadow in the inner corners of your eyes. Then, with a small brush, draw blue streaks down from your eyes. To make your tears magical and iridescent, dab sparkly gloss on top of the eyeshadow. 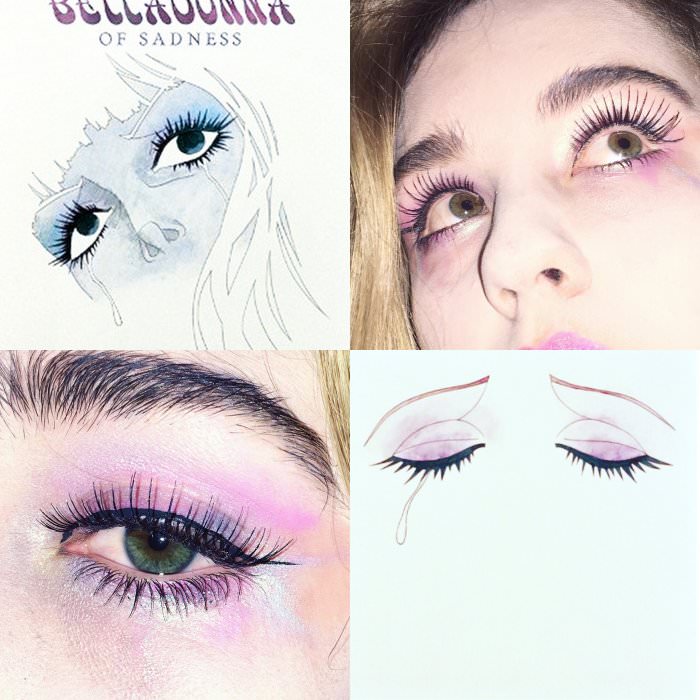 Coat lash adhesive on the base of your fake eyelashes, and then apply them as close to your lash lines as possible. (I am awful at properly putting on lashes, but Amy Rose has some great fake-lash tips here.) Wait a few minutes for the adhesive to dry before adding mascara. The thicker and more extreme the mascara, the better! To finish the look off, you can also do a cat-eye with gel or liquid eyeliner. 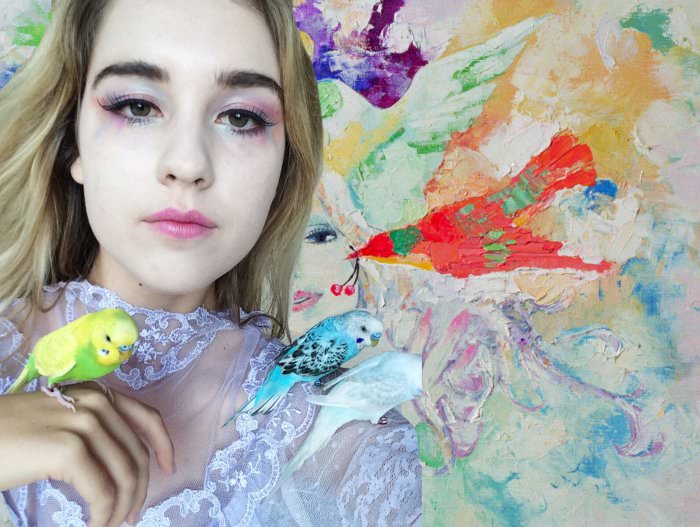 All done, belladonna! You have the power. ♦