Too Smart to Fail

It was my own great expectations that I couldn’t meet. 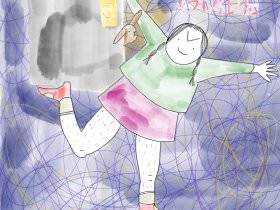 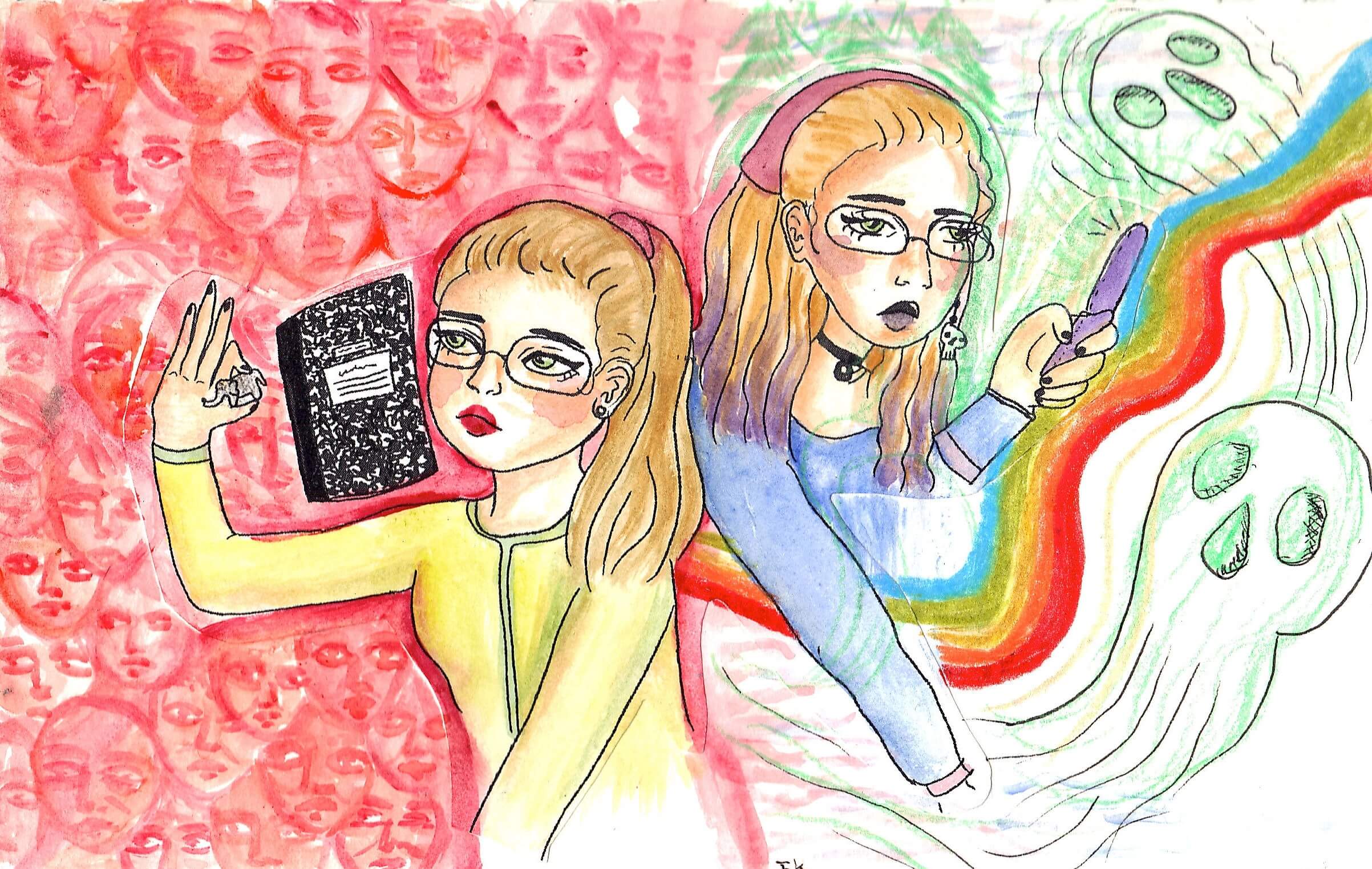 According to my mom, I potty-trained early because I wanted to go to preschool when I was two. I learned to read early as well, devouring books like candy: Peter Pan, the Little House series, The Chronicles of Narnia. I blazed through the third-grade reader in first grade so my teacher had me tutor other students and put me in the “gifted” class. That’s when I officially became her: The Smart Girl. It was an identity that I took on when I was so young that there was probably was not even a thought process or an epiphany; smart was just a thing I was.

In third grade, I started at a new school in a new town. There I learned quickly that Smart was not Cool. There was snickering and whispers of “Nerds!” when my fellow “gifted” classmates and I lined up to leave the regular classroom for our advanced projects and lessons. It hurt. A lot. But Smart was a part of me. It wasn’t something that I could, or wanted to, give up. I wasn’t totally sure where being smart was taking me, but certainly it would be somewhere good: a prestigious school like University of Chicago or Northwestern (because the Ivy Leagues on the East Coast seemed too far away from my family), an impressive job like psychologist (because I wanted to be a doctor, but I was squeamish about blood and guts). I told myself that all of that was worth it and it was OK if being the Smart Girl meant I was always on the outskirts socially.

Toward the end of grade school, I struggled with trying to fit in and being bullied, but ultimately I embraced the roles of Nerd, Weirdo, and Uncool. They seemed to go hand-in-hand with Smartness and also just felt comfortable, natural. I liked having friends whom I could be goofy with, who didn’t judge my penchant for wearing berets or earrings made out of balloons, who liked to watch Star Trek: The Next Generation and listen to David Bowie, and eventually, punk rock.

My love of punk developed during seventh and eighth grade. Punks embraced and celebrated not fitting in, serving as a reminder that being different was OK. Punk was also the perfect soundtrack to my depression and frustration, and while those feelings came from many different places, a major contributor was that I’d begun to question my identity as a Smart Girl. Although everything I’d learned had come easily to me in grade school, this wasn’t true as I progressed. In junior high, I had nightly arguments with my dad about my algebra homework. No matter how hard I tried, I couldn’t fully understand it, and his teaching methods felt pushy. They made me feel stupid, like I wasn’t living up to his expectations. In retrospect, I know that I was projecting. My own great expectations were the ones I couldn’t meet.

I still managed to get As in those algebra classes, but when the time came to pick our classes in high school, I chose the second highest math track instead of the very highest one that everyone was urging me to take. My confidence had taken a blow: I was afraid of failure.

I let myself down again freshman year of high school when I got my first B. It was in honors biology. The following year, I dropped down to the regular science track, telling myself it was OK because I was never going to be a doctor anyway. I just wasn’t a Math and Science Smart Girl, I was a Quirky Humanities Smart Girl. Instead of going Ivy League, I would go to a prestigious liberal arts school. Deep down, I hated myself for this, though. I wasn’t living up to my vague childhood dreams or my Smart Girl potential, so I had no excuse to be struggling socially the way I was: If I wasn’t a genius, what right did I have to be nerdy and introverted?

Sophomore year of high school, my self-ascribed roles as Punk Rock Weirdo and Smart Girl began to clash. I was tired of feeling socially awkward and having only a few friends, especially since there seemed to be a lot of Punk Rock Weirdos at my high school. They all hung out in a park a couple blocks from school. They sat in the grass smoking cigarettes (and sometimes more), laughing, and talking about music and books. It was my idea of utopia…but I never felt entirely comfortable there. Although there were other reasons for that discomfort, many of them stemmed from ideas I’d internalized about myself as a result of that Smart-and-thereby-Uncool role I’d been playing for so long.

There was a tug of war inside of me every time I ditched class to smoke weed or hang out with a boy—it was exhilarating, but I’d tell myself that I was screwing up my life and who did I think I was trying to act cool anyway? I often felt like shit around my friends and acquaintances at the park because I was convinced that I wasn’t cool enough to be there and that eventually they would figure it out. Meanwhile, I was cutting deals with my inner Smart Girl: I never let my absences exceed the number that teacher said would affect my grade and I always got my homework done, even if it meant staying up until the wee hours, sobering myself up with coffee, or surreptitiously doing something for one class while in another. Aside from that pre-rebellion B in Biology and all of the near-failing grades in gym class, which didn’t affect your GPA and so didn’t count in my mind, I got straight A’s throughout high school. On the surface I was proud of this—I’d gamed the system and got to play the Punk Rock Rebel and the Smart Girl—but deep down, my success felt empty. I was cheating myself. I’d been taking easier and easier classes in order to skate by. I never challenged myself, I wasn’t learning new things—in fact I was really fucking bored. I graduated high school academically and socially unfulfilled because I’d let self-doubt, fear of failure, and a too-strict sense of who I thought I was “supposed” to be and what I thought I was supposed to be doing dictate so much of my life.

The colleges I applied to were not Big and Prestigious like I thought they would be when I was a kid. It wasn’t fear of failure that held me back in this case, I’d simply recognized that Small and Different was a better fit for me. What I didn’t recognize, however, was that I wasn’t ready for college at all yet. I still didn’t know (or rather, I hadn’t admitted to myself) what I wanted to do or be. But Smart Girls get scholarships and go to college. I was already afraid that I wasn’t as smart as I was supposed to be, so it would have been way too terrifying to think that I couldn’t do that “basic” thing. I picked my school, got my scholarship and set off to study psychology or maybe sociology or maybe…

I dropped out after my first year. I had no idea who I was anymore. My anger at myself for this perceived failure nearly destroyed me. I spent two years drinking and partying and acting like the fuck-up that I thought I was. There was a little voice deep down inside of me, though. It was quiet and I could usually only hear it early in the morning when I was hungover and regretting the previous night. It said, “You are so much more than this.” That voice wasn’t there to shame me, but to remind me of my possibilities.

I’d spent so much time viewing myself as one thing or another (Smart or Screw-Up) or telling myself what by definition I thought I could never be (Cool) that I failed to acknowledge the other things that I did and loved, like gymnastics and stage crew and above all, scribbling poetry and stories in notebooks. I’d worried so much about how I was being perceived that I’d rarely allowed myself to just enjoy the moment, the fact that I was having an adventure or trying something new. I’d been so scared to fall from the pedestal of smartness that I’d put myself on that I’d stopped trying to learn. With all of these limitations I’d set on myself, it was no wonder that the world had grown so dark. I’d ignored the fact that I contained multitudes and that those multitudes were what rounded me out and made me a multidimensional character in my own life. I wasn’t meant to choose to between them, I was meant to embrace them and use them in different ways as I made my way in the world.

It still wasn’t easy to come to terms with this, though, especially in light of my own expectations for myself. I was in my early twenties and halfway through my MFA in creative writing and I still questioned if I was living up to who I was supposed to be. One day I found myself crying to my mother that I wasn’t the person I thought I was going to be.

“Who are you supposed to be, then?” she asked. “And what did you think you would be doing?”

Trying to come up with an answer just made me sob harder. I didn’t know. I’d never known. Weren’t Smart Girls supposed to know???

Once I’d calmed down, I realized that Smart wasn’t the end goal, neither were letters like “A,” or “PhD.” For as long as I could remember, presumably all the way back when I was two, the reason I’d wanted to go to school was to learn, to discover, to develop. And the only way I could fail myself was to stop doing that. ♦

being a weirdo being smart expectations friends outsiders popularity