Tattoos 101: A Guide to Getting Inked

Tips for every stage of your body art journey. 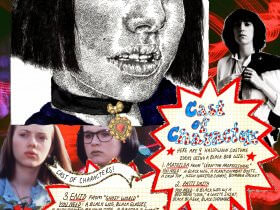 Now You See Us

What should you expect while you’re actually getting tattooed?

So you’re in the chair, you’ve looked at the stencil and made sure it was a fantastic realization of the design you’ve been thinking about, and you’re ready to make it permanent. You hear the tattoo machine turn on and buzz, and the needle makes first contact with your skin. What’s it feel like, and how can you get through this for however long the session lasts?

Well, it hurts—let’s just get that out of the way. To me, it felt like a searing pain that hurt more as the needle stayed on my skin longer. But keep in mind that I have a pretty low pain tolerance, and I didn’t cry, scream, or writhe in pain at all. With breathing exercises (I’d breathe in deeply when the pain was at its worst) and a constant stream of dialogue from my friend, who accompanied me, I got through the hour-long session all right.

While we’re on the topic of bringing company: It’s totally OK to bring one friend or person of choice with you to your tattooing session, but an entire entourage is distracting—try to limit yourself to one person.

When you’re done with your session, the artist will clean you up, wrap a bandage or protective covering of some kind around the tattooed area, and more or less send you on your way. But there are some other factors to consider before you start showing off your new ink:

Tipping. In some countries, a tip is either not expected or included in the price. In most places in North America, though, any kind of service industry that deals with the human body—hairdressing, nail care, and serving food, for instance—comes with the expectation that good service will be rewarded with a tip. Tattooing is one such industry, and 20 percent is the standard rate. However much you’d like to tip is ultimately up to you, though, and depends on how satisfied you are with your tattoo artist’s work. You don’t even have to tip at all if you don’t want to, but know that the option is there—and that your artist will likely greatly appreciate it if you do. If you choose to tip, do so after the completion of the tattoo—and if you’re getting a tattoo that will take multiple sessions, you can either tip a little after every session or all at once. Like a lot of things, ask your artist if you’re unsure about their preferred policy.

How should you take care of a new tattoo?

Your tattoo vigilance doesn’t stop once your artist has taped on the bandage or adhered plastic wrap and sent you on your way—in fact, the journey’s only half over. Your artist should have given you either oral or written aftercare instructions, and that’s your most valuable weapon against infection, the number one enemy of your fresh new tattoo.

First, keep your covering on for a few hours. Not for an excessively long time, mind you, but for three or so hours at minimum. In that time, you’ll want to make sure you’re prepped for the days of aftercare that are to come.

Remember how I said I was a germophobe? Well, I really got into it once my aftercare routine started.

Here’s what I used:

I’m from Canada, but since I was in New York for my tattoo session, I just hopped over to CVS after it was done and picked up all this stuff. You should be able to find these supplies at most drugstores and pharmacies.

There’s a lot of debate over what kind of ointments and lotions are best for putting on a fresh tattoo. Some artists swear by the most old-school stuff, like A&D ointment, and others advocate for the use of special tattoo-specific concoctions like Tattoo Goo and H2Ocean (the tattoo artist who did my pieces uses a product called Hustle Butter). All of these, from what I’ve heard, are pretty good—just be sure to look up the reviews for any new products you’re interested in trying to see if it’ll suit your needs. But there are a few products that tons of tattoo artists and enthusiasts have almost universally advised against using on a new tattoo:

The products above have commonly caused adverse reactions in a lot of tattoo collectors, resulting in damaged tattoos or patchy colors. But enough about that—let’s get into the aftercare routine.

General aftercare consists of a few key points, and starts right after you take off your covering*: 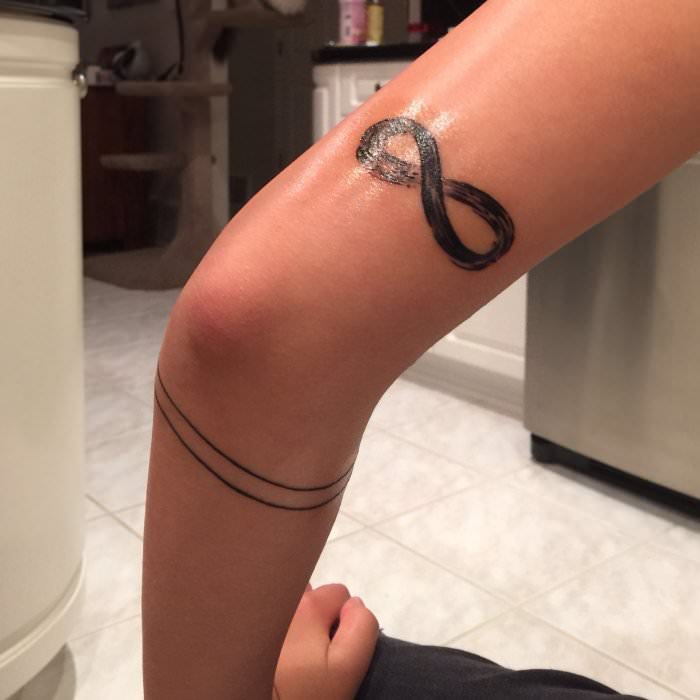 If you choose to “dry heal,” you can use plastic wrap to wrap your tattoo to make sure the excess ink and any other icky fluids don’t leak all over your sheets, but after that, the tattoo should ideally never be wrapped again—it needs to breathe to heal quickly. Do not do this step if you are applying moisturizers. For either method of healing, avoid immersing your tattoo in any water—baths, long showers, swimming pools, the like—for at least two weeks to ensure your tattoo heals bright and healthy. 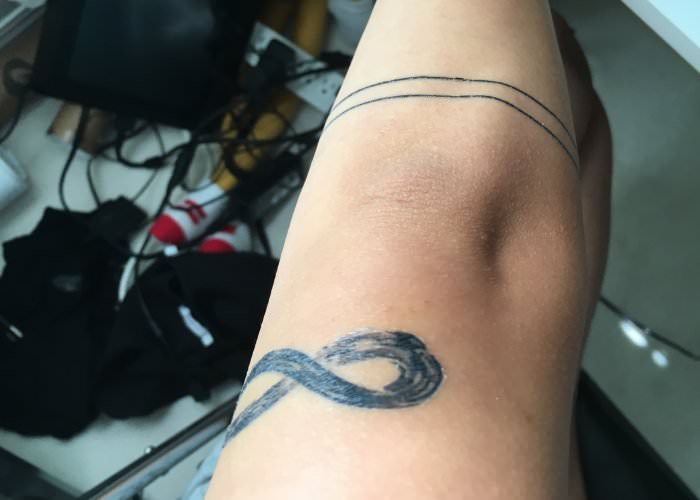 A note: Your tattoo may look dry or faded, and it may peel, or even scab, as it heals which is normal. Just be sure not to scratch or pick at the tattoo, the peeling skin, or any scabs that form—if you do, you can pull the ink out and be left with a spotty tattoo. Be patient and bear with the itch; it’ll be worth it.

If your tattoo does happen to get infected despite your best efforts, seek professional medical attention immediately. 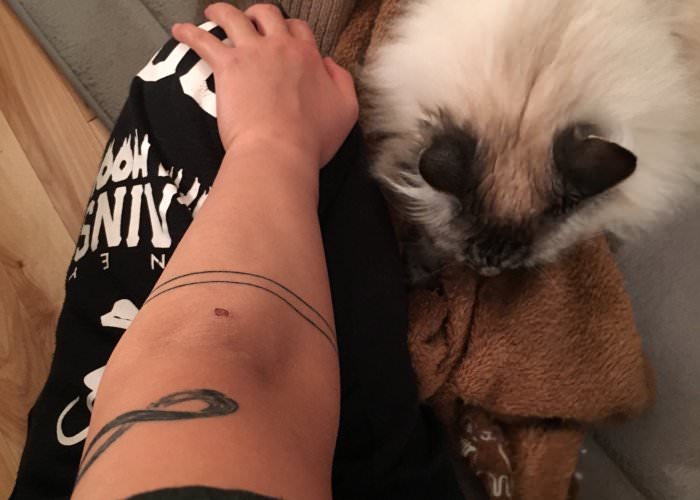 People might tell you a lot of unsavory stuff when you mention you want to get a tattoo. Here are some of the most common sentiments and the reasons why they’re bunk.

“You have to get a meaningful design for your tattoo, otherwise it’s stupid.” Um, no. Tattoos are body art, and more importantly, they’re on you. And since they’re a part of your body, they just have to have some sort of significance to you—and that significance could be as simple as “It looks dope.” While it’s lovely to have a story behind your tattoo, know that your body art isn’t any less acceptable if you don’t.

“You won’t be able to get a job after you get a tattoo!” Also: “Tattoos aren’t professional!” While it’s true there exists a bias against tattoos even now in a lot of office-centric jobs, it’s totally ignorant of someone to suggest that you won’t be able to land a gig purely because of your ink.

“Tattoos mean you’re a degenerate/loser/societal reject.” False. People of all walks of life have tattoos. Rihanna has a kajillion beautiful tattoos, and would anyone consider her a loser? Didn’t think so.

So whether you decide to get a tattoo or hold off for a while, know that only you can make the best decision for you. Feel confident in your choices and your new ink will be stunning no matter what. Slay ’em, Rooks. ♦

*We consulted tattoo artist Baz from Clash City Tattoo in New York City on aftercare, as well as hygienic standards for tattoo parlors.