A review of Solange’s A Seat at the Table. 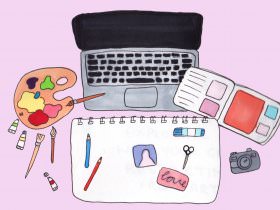 How to Find Your Style 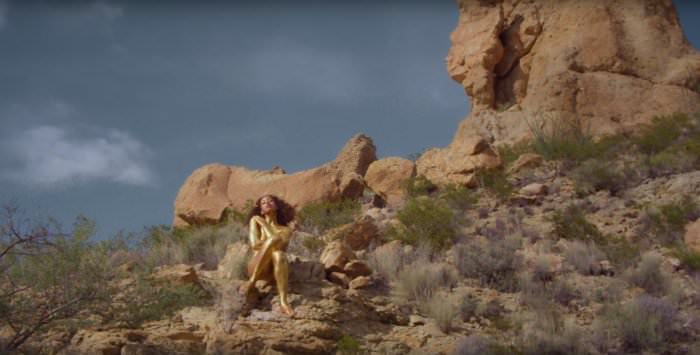 Still from Solange’s “Cranes in the Sky” video via YouTube.

Last week, I eagerly signed up for Solange Knowles’s mailing list after she tweeted hints that her new album, A Seat at the Table, was soon to be released. I flipped through the digital copy of the album book, taking in the lyrics’ striking and purposeful layout. The words are crafted into intricate designs throughout—the lines to “Weary” are printed in a circle, and those for “Mad” in a zig-zag design. It read like a poetry collection equally concerned with the depth of the words as how they appear on the page.

I thought about the poet Morgan Parker, who writes in her poem “If You Are Over Staying Woke”:

Parker’s poem speaks to the exhaustion that goes hand-in-hand with being black in this current political moment. A Seat at the Table attacks that sense of exhaustion head on. The songs on this album are like sonic, healing elixirs concerned with the experiences of black folks and black folks only.

A Seat at the Table is the latest black healing album this year, and joins works with a similar train of thought, including projects from singer Jamila Woods, rappers Noname and Princess Nokia, and Beyoncé’s Lemonade. A Seat at the Table spans 21 tracks including interludes that feature Solange’s parents, Mathew Knowles and Tina Lawson, and rapper Master P. The interludes provide personal insight and history that correlates with the themes of the album. Between Solange’s soothing, meditative vocals are lyrics that serve as an unapologetic prescription for self-care.

Solange tweeted that A Seat at the Table was intended to “provoke healing” and encourage “a journey of self-empowerment.” The journey to healing begins with the commanding “Rise,” which encourages the listener to “Fall in your ways, so you can wake up and rise.” It gets into the nitty gritty in “Weary,” with lyrics like, “Be leery ’bout your place in the world/You’re feeling like you’re chasing the world/You’re leaving not a trace in the world” and, “I’m gonna look for my glory/Yeah, I’ll be back real soon.” The melodies on “Weary” may be soft, but they are direct in their commentary on the constant state of mourning one finds themselves in due to seeing black death on auto-play.

At its root, A Seat at the Table is an invitation for healing of black pain. Solange has been open about her experiences with depression in since-deleted tweets. I cried after listening to “Cranes in the Sky.” Its verse, “I tried to keep myself busy/I ran around in circles/Think I made myself dizzy/I slept it away, I sexed it away/I read it away” sum up the depressive episodes I’ve experienced. It felt good to be seen. On the flip side of the same coin, the song “Mad,” featuring rapper Lil Wayne, tackles the rage and despair that our current reality can induce. Solange sings, I ran into this girl, I said, “I’m tired of explaining.”/Man, this shit is draining/But I’m not really allowed to be mad. The song harkens back to writer James Baldwin, who said, “To be a Negro in this country and to be relatively conscious is to be in a rage almost all the time.” With Lil Wayne’s ending verse, “Man, you gotta let it go before it get up in the way/Let it go, let it go,” “Mad” makes it clear that anger is valid and affirms the determination that rage will not be all-consuming.

That this is an album for black folks, by black folks is made explicit in the song “F.U.B.U.” Solange can’t be any clearer than singing, “For us, this shit is for us.” “Don’t Touch My Hair” is specific in experience—to sing along, you must intimately know the disrespect that comes with your hair being violated by the hands of those who see you as more of a petting zoo than a human. In her interlude, Solange’s mother, Ms. Tina, gives us a sage observation on black identity and pride: “It’s such beauty in Black people, and it really saddens me when we’re not allowed to express that pride in being Black, and that if you do, then it’s considered anti-white. No! You just pro-black. And that’s OK.” Her father Mathew describes the gravity of living during the time of court-ordered integration that still feels familiar now: “We lived in the threat of death every day.” Master P. brings it home during the final interlude, “Now, we come here as slaves, but we going out as royalty, and able to show that we are truly the chosen ones.”

A Seat at the Table is affirming. Solange is clear that she’s unconcerned with any outside gazes or opinions—this album is her story to tell. Solange’s words took me on a journey of wellness and self-reflection, and I appreciate her giving us this unapologetic soundtrack for self-care.

In a 1975 address, writer Toni Morrison proclaimed, “The function, the very serious function of racism is distraction. It keeps you from doing your work. It keeps you explaining, over and over again, your reason for being.” A Seat at the Table makes it clear there will be no explaining our existence. ♦