Life is too precious to let cyclical thoughts take over. 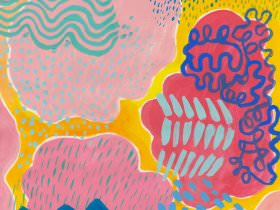 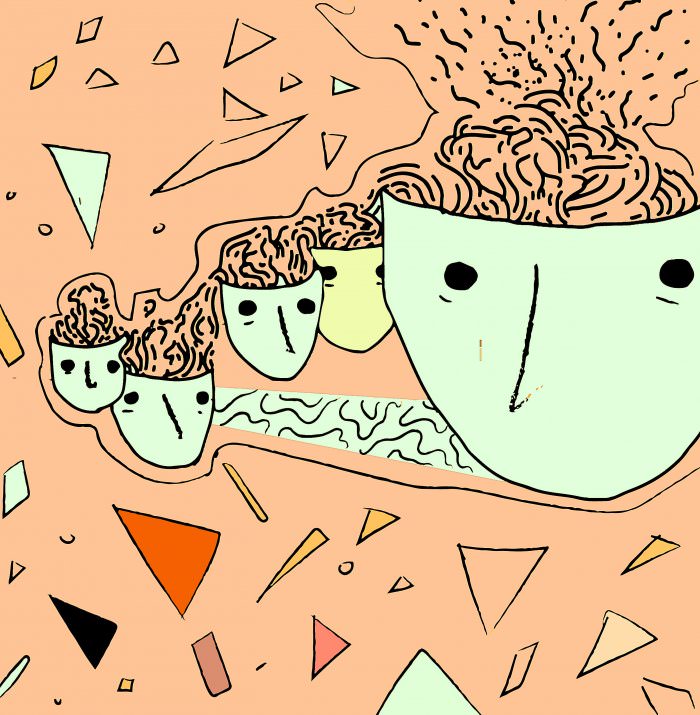 The other day, I experienced a textbook case of rumination. Browsing my local bookshop, I stumbled upon an awesome coloring book that I just had to buy. I was in a great mood. Nothing could bring me down. And then it happened. On my way out the door, I shuffled by a man who was perusing the history section, only to realize that I’d actually missed the exit. I tentatively walked past him again, momentarily blocking his line of sight. People get in the way of each other, right? No big deal, right? Or that’s what I thought. But as I reached for the door, I heard a voice squawk, “You don’t have any manners, do you?”

I stumbled out of the store in a daze. Am I rude? Am I an impolite person?

All of a sudden, my mood and the next half hour of my life were ruined. And by a complete stranger. Was I really rude or was he just overreacting? Did I mishear him? Maybe he actually said I have good manners? Have I been going around offending every person I’ve ever walked in front of for my entire life? I should have said excuse me. Shit, I’m so rude, how could I not think to say excuse me? I feel so stupid. Then again, maybe he was just overreacting?

Rumination is a type of thinking that involves dwelling on a negative event or feeling. When a person is ruminating, they typically focus on the distressing experience or emotion, rather than on potential solutions. Ruminative thought patterns are often cyclical and can be obsessive. Rumination has various triggers—you can ruminate over serious issues, silly things, something you did to another person, or something someone did to you. It is not unusual for people to ruminate about things that can’t be changed—like the past or the future, for instance. Sometimes rumination reaches a point that is destructive to one’s well-being—it is linked to stress and depression.

I have a lot of experience with rumination. For me, it is a nagging, sinking feeling of, I think I did something wrong; or sometimes, I think someone else did something wrong. I’ve spent hours, days, weeks, and months thinking over situations such as the last words I said to someone before they died, or mean things I’ve said or done to friends exes, teachers, and bosses. Some of these scenarios have taken up more brain space than others. But at the end of the day, thinking won’t change what’s already happened—and it occasionally makes things worse. There have been times when rumination has temporarily stopped me from going about my life or triggered depressive episodes, making me want to retreat to bed where I can run over and over all the reasons why everything is terrible forever.

What should you do if you’re ruminating?

It’s safe to say that all humans ruminate. At some point, everyone spends time dwelling on the past or worrying about the future. But if you’re constantly beating yourself up about situations that can’t be changed, going over the same problem again and again without getting closer to a resolution, or find your mind returning endlessly to an unpleasant or traumatic moment in the past, rumination may be interfering with your life. If cyclical or obsessive thinking messes with your regular ability to carry on a conversation or do your homework, get out of bed, or go about any part of your day, please consider seeking help from a counselor or therapist.

When rumination became a persistent problem for me, I saw a counselor and did some reading on cognitive behavioral therapy (CBT) techniques. Both taught me that once I’ve identified that I’m ruminating, there are ways that I can help myself. I’m going to list some of them here, so hopefully they can be useful to you, too:

Remember, you can’t go back in time. No amount of thinking will ever change the past. Yes, you may regret a choice you’ve made, but forgive yourself. “What if—” thoughts are not constructive after a certain point. Once you’ve come to some form of resolution about what might have been a better course of action, try to concentrate on how to move forward. What are you going to do next time?

Consider the grand scheme of things. Will this actually matter in a year’s time? Two? Ten? Separate the everyday slip-ups from the big stuff. When I realize something isn’t really that big a deal in the long term, I find that it becomes a lot easier to get past it.

The world isn’t perfect, and you don’t have to be, either. My rumination feeds off of “should” statements—what I believe I should have done or others should have done, what the world should be like, and how people should act. But life is weird, imperfect, and not fair at times. It helps to keep in mind that it’s not always worth lamenting something when it doesn’t play out like I expect it to.

Set aside some time to dwell. If the urge to think about how horrible everything is becomes overwhelming, try setting aside a block of time to get it out of your system. (Emily V. Gordon calls this short-term emotional indulgence “The Wallow.”) It might sound silly and overplanned, but it could be as simple as making a pact with yourself like, After school today I’m gonna sit down for half an hour and have a think about what’s upsetting me. Or schedule a chat with a person you trust, or a counselor or therapist. Setting aside time to think like this means that when a related thought pops up during the day, it may be easier to shut it down and say, No, that’s for later.

Identify your negative thought patterns. Try to pinpoint the topics or types of thoughts that send you into a spiral. It’s important not to block them out completely; however, being aware of what triggers you can help you (or a counselor or therapist) identify specific solutions.

Separate behaviors from labels. Sometimes people act in certain ways based on temporary, situational circumstances. People can be rude because they are stressed, because they’re thinking of their own troubles, or because they’re clutching a coloring book that they’re excited about getting home and starting. That doesn’t make them rude people. The same is true for you: Don’t label yourself based on something you did. Wondering Am I a nasty person? Am I awkward? Am I weird? based on an isolated event isn’t fair to you. Most of us do behave in these ways in different moments, but these are temporary states. It’s not who we are.

Stay busy. If you can’t stop yourself from ruminating, sometimes you need a distraction. Go out with friends, see a movie, do something, anything, that requires your full attention. After a while, you may find that your worry has floated into the distance.

Rumination can feel daunting or overwhelming, but it doesn’t have to take over your life. Find gentle ways to help yourself when rumination turns up in your thoughts. Ask for help. Life is one enormous learning experience. We can always move on to the next lesson. ♦