I dreamed of a world outside the band room walls. 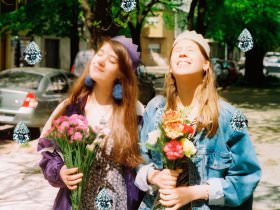 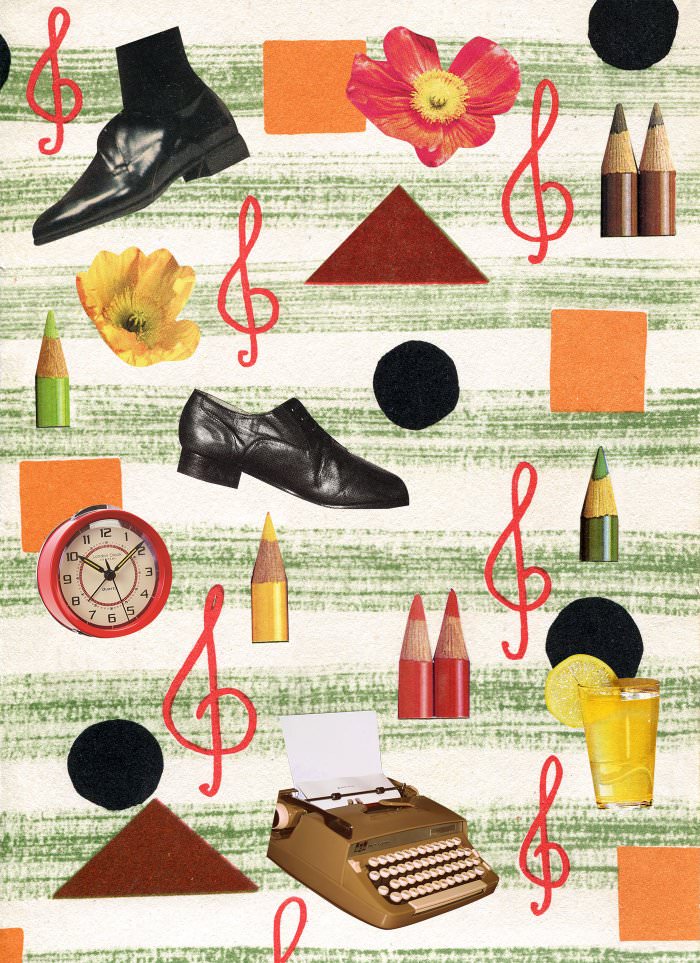 I clearly remember my final band camp. It was the last time I would have to spend two weeks in the summer heat stomping around on a steaming blacktop. After that season, I would no longer be required to do stretches and fundamental marching exercises at nine in the morning. Nor would I have to answer to peers who served as drum majors, the people who conduct the marching band from podiums; captains (hmm, still not sure what they did); or instrument section leaders, the lowest in the band leadership hierarchy. I was the section leader of horns, aka French horns. As section leader, I was laid back, sassy when I needed to be, and had just one rule for my fellow horn players: don’t suck.

It was my senior year, and I was mad as hell, for a variety of reasons. One, it was the middle of August, and after a summer of avoiding the sun, I had to stand under it for hours. Secondly, the current state of band student–run affairs wasn’t really my, ahem, cup of tea. Only months earlier, I’d lost the campaign to become drum major, and if that wasn’t bad enough, I was ignored for other higher positions as well, being relegated to section leader for the second year in a row. I lost some of the hope and trust I had in band, and started to build a wall of arrogance and attitude around myself. (I guess that’s what they call a sore loser?)

Band wasn’t such an easy thing to be in. It took a lot of determination, time, and discipline, which I admire to this day, as it shaped my work ethic. But the reason I joined band was because I loved the concert, sit-down-and-play-your-heart-out kind of band, where I got to sit in air conditioning and play orchestral masterpieces by composers I was and still am obsessed with, such as Pyotr Ilyich Tchaikovsky (thanks for the Nutcracker, bro) and Gustav Holst (here are The Planets, Op. 32 for you). As a prerequisite to that pure pleasure, I had to be a part of the marching band, a thing that, by my final year of high school, I was desperately hoping to distance myself from. 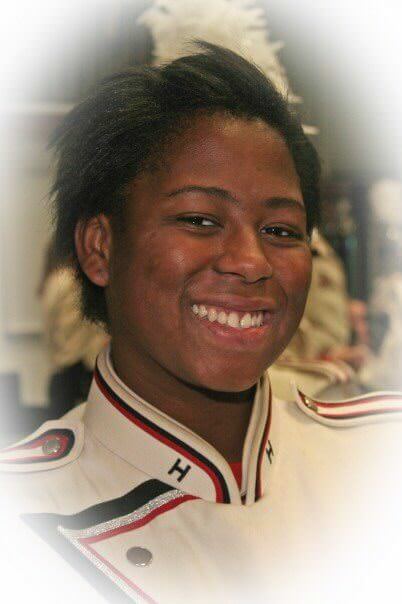 The thing, or persona I should say, that I wanted to veer away from was that of a “band geek”—but it should be noted that being a band geek isn’t a bad thing. I should know because I was one by sheer definition and checked off all of the unsaid, but well understood, requirements of band-geek status. My locker (which was assigned to me sophomore year, after school administrators realized that I was, in fact, in band) was in the designated band hallway. I led an active social life within the confines of band, often sitting with band friends at the local IHOP until 3 AM after we’d marched in a competition only hours before. I would often find myself humming in another class, say calculus, and realize that I was mimicking the theme to First Suite in E-flat, which is by my boy, Gustav Holst. I ate breakfast in the band room. I ate lunch in the band room. And on many an occasion, I ate dinner and drank Slurpees in the band room. I cried, and laughed so hard that I couldn’t breathe, in the band room. 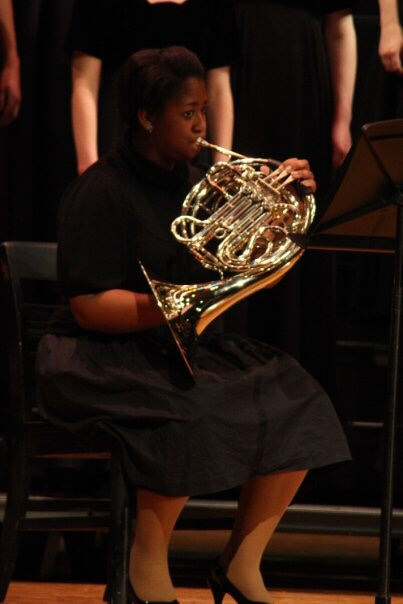 Also, not to brag or anything, but I was pretty good at the French horn, which, by the way, was one of the hardest instruments to master. Just saying.

To put things simply, I lived and breathed band. It wasn’t until my senior year that I started to have intense, band-related anxieties. I wondered, Who am I outside of band? I couldn’t be a band geek for the rest of my life—could I? My passion for writing was overriding that of music, meaning that college and my career would likely include less music and marching, and more reading and analyzing. And so, I began fierce and blatant attempts to reject the whole band geek persona altogether.

The first order of business in my master plan—already skewed because I was fueled by anger of not knowing myself and was therefore lashing out in subtle ways—was to make my once feverish social life in band less of a thing. I lost interest in who I sat next to on the bus to competitions. And I definitely didn’t care anymore about band-related drama, like the first section clarinet asking out some trumpet player only to break up with them within 48 hours. Instead, I offered up sarcastic and aggressive responses to these “tired” situations. I ate lunch with the kids in journalism. I flitted away with choir kids (oh yeah, I was also in choir, but that’s a conversation for another time) in between classes. I even went to homecoming with a group of people who—gasp!—weren’t in band. I was a new person, almost.

Another thing that had me all in a bunch was that I no longer cared to impress people. That year I had a new band teacher, new marching instructors, and student leaders that I didn’t quite get along with. That was enough change to make my head spin, and to stop the said spins, I resigned all anxious feelings and became blunt, cold-blooded, and on edge with razor sharp comments that had been brewing in my head. I felt I was thrown into this environment as a once jilted kid, only to socialize with people that I didn’t think respected me as much as I deserved. In my eyes, I thought it was lame to throw out unnecessary respect, but I played the cordial route mostly—not cursing anyone out, but making a point that I did not want them in my presence. I’m telling you, stone-freaking-cold!

That led to cutting out the philosophies—which I felt were bullshit at the time—that were constantly thrown at me throughout my four years in band. There was this sense that we were a family, a community that embraced one another beyond a code of friendship. But I knew, even then, that an isolated environment wasn’t all that healthy nor conducive to the rest of my life’s plan. I was catching a big case of cabin fever, so to speak. I felt that if I didn’t get away from these people as fast as I could, I would be deemed a band geek forever and wouldn’t know what to do with myself in a world where instruments, marching fundamentals, and inter-section drama didn’t exist. A lot of people knew of me as a member of the band crew (in and outside of the community), but I also wanted to be known for other things, like my fiction writing in the school’s literary magazine and my fashion sense. I was frightened that I’d spent most of high school throwing all of my eggs into one basket. Senior year, then, was the time where I could prove myself otherwise.

Applying to college made me shy away from band even more. I’d ditch practicing my chromatic scale on the horn by drafting up essays for my apps. I was always dreaming of my next phase—a place outside the band room walls. An open world that involved minimal constraints, new people, and different commitments. Going to college meant greener pastures and better opportunities. And at the time, I didn’t think band fit into that imagined equation.

If I’ve realized anything from my moments of band-geek departure, it is that I was just growing up. Freshman year, I was enamored by the idea of belonging to something and identifying as a band geek along with my comrades. I became comfortable in that scenario and neglected to reach out of that comfy zone until I woke up and smelled the life-coffee.

I wasn’t embarrassed of the craft or idea of band, because I still loved contributing to an ecosystem of sounds and movement. I liked the idea that any changes in musical notes and inflection could deeply impact such a system. But that’s just it—it was a system that I no longer fit into or felt comfortable exploring. My enthusiasm over a new sheet of music placed onto my stand was overpowered by other anxieties: Is this something that matters for my future? Will I get into college? Did my Common App applications even go through? Will I wear that purple sparkly dress to the prom after all? (The answer to that last question is yes, I did).

Now I appreciate all that band gifted to me. Without it, I wouldn’t be able to tell the difference between Antonio Vivaldi’s Four Seasons and Tchaikovsky’s Symphony No. 4 in F Minor, Op. 36 as well as I can decipher the difference between Drake and Kanye West lyrics. I wouldn’t have the friends I still hold near and dear to my heart. And I wouldn’t have experienced the process of loving something so much that it becomes this temporary monster that you start to think is ruining your life, when in fact, you’re putting so much of your soul into it because you’re truly, deeply passionate about it.

If I could, I would go back to standing on that steaming blacktop, and I would definitely sit back in those plastic chairs, playing my scales and arpeggios. Although, there’d probably be a few things I’d tinker with, like letting myself define what it means to be a band geek, rather than letting the stigma of the label define me. Oh, and I would maybe get in on the drama between the clarinet and trumpet player…on second thought, nah. ♦