The premiere of a song that makes us feel like everything will be OK. 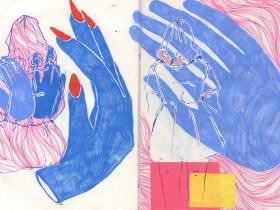 She Didn't Forget It 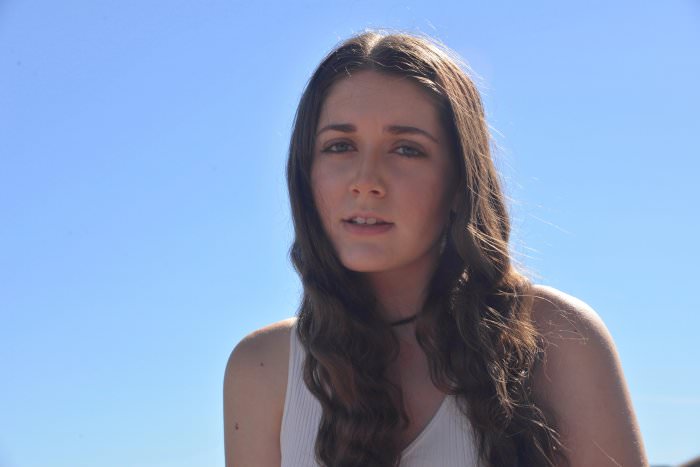 Lily Mae’s angelic voice makes me feel that everything will be OK. The 20-year-old is based in Philadelphia, but she recorded parts of her new record, Closer, while she was abroad. The music has a level of certainty, whether about girlhood or life in general, that draws you in. Today we’re premiering the album’s title song, a Joni Mitchell-esque tune:

Late last week, I had the pleasure of speaking to Lily Mae about her music and being in charge of her creativity and career.

ALYSON ZETTA: Was music a discovery for you, or has it been something you have been doing throughout your life?

LILY MAE: There are two parts to that answer. Both of my parents are musicians, so I have been around music since I was in utero. But I made a huge discovery about music somewhere between 12 and 16. I didn’t start writing until I was 15 or 16. I also didn’t start playing guitar until then, either. It was this weird thing, because I remember when I was young, when I was really little, I would perform in front of audiences a lot. But around when I was eight I stopped, and I was so embarrassed for anyone to hear my voice. That happens to a lot of people. It’s been such a weird 180-degree turn from then to now. I’m really putting myself out there. Maybe it’s like a full-circle thing, because I really liked performing when I was younger, and then I kind of went away from it, and now I’m back!

Ugh, those preteen years. They’re going to get you!

I’m sure that you have heard this before, but you truly reminded me of Joni Mitchell, in your ability to express what you were saying in a unique way that I will remember for a while. The album sounded like a process of self-discovery. Does that resonate with you?

Yeah, this album especially, because I had an EP that came out when I was 16 that was completely acoustic. I did a lot of the recording at home, with my dad. For this album, it was so different. Honestly, a lot of it [being different] is based on the fact that it was recorded in a different country. I had never left the United States before—never really been anywhere—so that was great. But also just working with a band was so big for me. It changed the way I write and look at music when I’m creating it.

What country was your album partially recorded in?

I did some recording in London, England with Steve Brown. He produced Rumer and Laura Mvula. Have you ever heard of Laura Mvula?

Yes! She’s incredible. When I was there, I was such a fangirl. One of the microphones had glitter or foundation on it and it was because Laura sang so close to the mic. I took a picture of it! [Laughs] It was awesome.

A lot of artists that I have talked to seem to be doing everything without a lot of help from the outside—just very self-made. Now that you’re working with a band, are you finding that art—or music, in this case—can be inclusive?

Oh, that’s a good question. First, being a young girl in the music world is isolating in of itself just because almost always when I’m working with someone, it’s a middle-aged man. For this process, I was working with a lot of middle-aged men. But yeah, it felt more inclusive in a way. Part of the thing about this album is that I wanted it to sound intimate and really just close—I mean, it’s called Closer—and that’s kind of the idea I had for the song “Closer” in the arrangement. I wanted it to be intimate and for the person who’s listening to feel like maybe we could be friends?

Listening to the song, there was a warm kind of extension of your musical arm, patting me on the head and giving me a lesson. Not in a condescending way but in a way that’s letting me know things are actually gonna be all right.

I’m so happy that you brought up Joni Mitchell, because that’s exactly how I feel about her. For a while, I thought that she was my mom, because my mom played a lot of Joni Mitchell songs on the guitar when I was younger. But also, the way that she sings, and her lyrics are so familial. For you to say that about me is a complete compliment! Thank you!

Is there a general theme for the album that might not be as apparent as anything we’ve talked about, or anything that went into it for you, personally?

I did a lot of producing on this album, which I had never done before. That was a really empowering experience for me. My song “Diamond” is supposed to be a song of empowerment for girls and women who feel like they are boxed in with the expectation that they are supposed to be a certain way and maybe aren’t. That was an experience for me that I went through. Even as simple as me playing on the boys’ baseball team, and then they moved me to the girls’ softball team, which made me hate sports! I wanted to empower women with that song. This whole album was a big turning point; me saying that I’m in charge.

Yeah! A groundbreaking lesson for me when I was learning about feminism is that you didn’t have to be completely rough-around-the-edges to make a point or be supportive of women. I loved “Diamond” on a surface level, but now knowing that it’s about this, too, makes it even better. Indirectly, it communicates that you don’t have to be a girl-group punk band—not that I don’t love my punk!—to make a statement. There is an aesthetic connected with feminism that can pigeonhole girls, but it’s like no, it can be whatever you want it to be. You can have these beautiful songs and lyrics and it can still be as righteous as anything else! So there!

I agree wholeheartedly. I also think the word “feminist” has such a specific connotation now, something that isn’t always a good thing, which is a shame because feminism comes from a place of wanting to step out of society’s norms for women or trying to assume the person that you really are. It’s a shame that feminism has a negative connotation for some people and means this one specific identity because that’s just so isn’t what it is.

So, you’re pretty young—20. You started making your own music when you were a teenager. I’m familiar with the restrictions put on teenagers, and especially teen girls about what you can and can’t do as an artist, and the feeling of being quite confined. You’re still newly an adult, and like you mentioned, just began producing your own work and feeling “empowered.” How do you feel about your style?

When I was 16, I was so concerned with proving to people that “I know I’m 16 and I’m a girl but take me seriously!” That was my main concern when I started, and now I’m more confident in what I’m doing. That has definitely helped me do what I want to do. If you looked at the music on my phone, it’s all jazz, Joni Mitchell, maybe some musical theater. We are always growing as artists. I want to grow more and change. It’s important to explore other genres as you go along.

I see where you would pull from different places.

Yeah, I’m pretty all over the place, but a lot of people are. Especially musicians. If you ask any musician who inspires them, their answer would cover many different genres.

Your dad helped you with your music when you were younger. How has the support system been from the parentals and peers? What has the response been?

My parents are so supportive. I was 16 and I walked into my dad’s room and I said, “Hey Dad, could you drive me to a show in New York?” and he was like, “Wait, what? You booked a gig in New York?” My parents will go anywhere. I’m really lucky in that way.

Yeah, I do, I have two older sisters. I write all of my songs with my middle sister, Chloe.

Ah, the sisterhood aesthetic is coming through to me now! I have this whole vision of you two just doing your cool hippie thing together, writing music on a rug and braiding hair.

Haha, Chloe has been my role model my whole life. Everyone calls us the twins, I think because of The Parent Trap. We were like that. We are really close. It’s fun to share that process together. It’s a whole other addition to a relationship.

What are your goals to achieve in your career?

No, no. Asking the hard-hitting questions—that’s good. I just want to keep making music that I believe in. To have freedom to explore and to keep making different things. If I was able to get to a point where I was doing that, that would be a dream for me. I like car rides, so, touring also. That’d be cool. I really like what I’m doing now, and I’m sure that if I’m doing something on a bigger scale within a year, I wouldn’t put it past me. I don’t know, I like this job. I think it’s so cool how it takes different forms, too. ♦