“You can feel good about your work.” 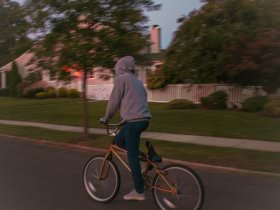 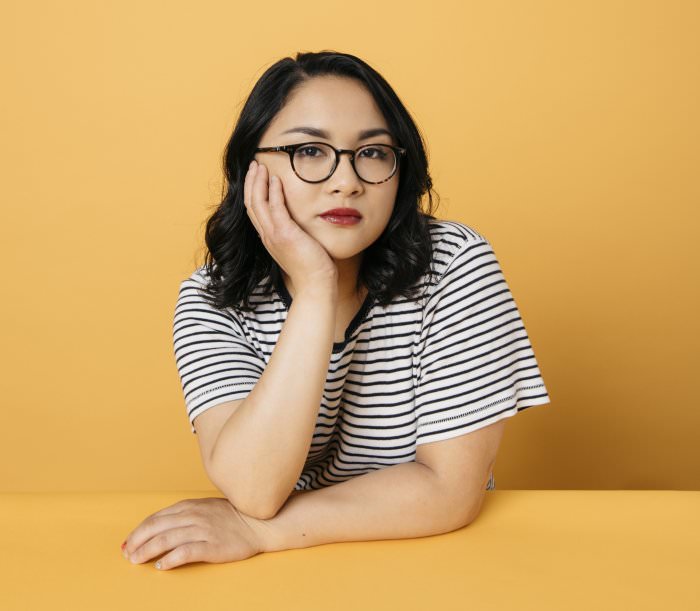 Jay Som is the moniker of musician Melina Duterte. Her forthcoming album, Turn Into, is a collection of “finished and unfinished” songs that are adventurous and ephemeral—they remind me of going to the beach in the fall. Melina played every instrument and produced the album herself over the span of two years before compiling the record. Her songs feel familiar—they draw you in, and then transform into something dreamier, darker, and more complicated than you might have assumed. Today, we’re excited to premiere the music video for one of those songs, “Ghost”:

Last week, I called Melina up to talk about ghost stories, working alone, and giving yourself permission to feel good about your art.

MADELINE KEYES-LEVINE: Hey, how are you?

MELINA DUTERTE: I’m all right. I’m on my second cup of coffee, and I’m already shaking. I’m sorry if my answers end up being all crazy.

No, it’s all good. So we’re premiering your music video for “Ghost.” Do you believe in ghosts?

Please tell me about your ghost encounters!

I’ve seen some stuff in the past, like something out of the corner of my eye moving. Like there was no way it could have moved from a draft. Nothing was open, wind couldn’t have moved it, like, “No, no way.” And then I think of the number-one weird story—I don’t even know if it’s a ghost story—but I was coming home from school when I was younger, and I saw my mom come out of her room and she closed the door behind her and went to the kitchen. And so I’m like, “Whatever,” you know, “that’s my mom, she’s there.” Then I go into my room, and I come out a minute later to go to the kitchen and she’s not there, which is weird because I didn’t hear the door open. So I went into the bedroom and she is on her bed, sitting down, and I was like, “OK that’s really weird.” I don’t know if that’s a ghost story, but I still remember it really clearly.

I haven’t had any specific ghost-y moments, but when coincidences happen I’m like, This is too coincidental to be an accident.

Yeah, even if there’s no science behind it, it’s more fun to believe in it anyway.

It is! Or it’s just a glitch in the matrix that we’re living in.

This is your first music video. What was the process of synthesizing your song into something visual like?

The director and I talked about this a pretty long time ago, at the beginning of the year before I was signed to a label. We had a discussion at first about music videos, and music, and how you don’t necessarily have to make everything symbolic. Not everything has to be black and white or mean anything. It can be about whatever the person who’s watching or listening feels it’s about. We made up some stories for this music video. [The director] and his team went to Pioneer, California, and they shot in his family’s cabin.

Were you there when it was filmed?

No, I was on tour. I wish I was there. He was sending me cryptic pictures of it.

Is there a specific reason that you’re not in it, or did it just work out that way?

I actually requested that. I didn’t want to be in it. I wanted it to focus on something else. And I feel great about the premise of it. To me, it’s like holding onto your memories and past. They can be very vital for us, but they can hold us back. In the end, it’s about growth and acceptance.

Yeah, in some ways it makes it feel more like a baby film. Not a film about babies—a very short film. It’s more about the narrative, to not have a band playing instruments present.

When I released Turn Into, it was completely unplanned. I didn’t even think about the track listing or the album artwork or the order of songs. I have a ton of these songs, and from them I picked nine. And they were songs that I made in the span of like, two to three years, and they were really pretty old. And they were songs I didn’t want anything to do with anymore. I was growing out of them, and I just wanted to release them to the world. The next album, which will come out next year, I’m working on right now. I’m almost finished with it. There’s more of a sense of purpose to it. I want to show a sense of maturity and growth. I’m a little more serious about it, so I feel a little pressure.

Someone commented on your Bandcamp page and said that the songs from Turn Into are on their go-to playlist for when they’re in love. Do you think your music is romantic?

Oh, that’s a good question. I mean, if someone thinks that, that’s great. I personally don’t see it as romantic. There are some romantic elements, like the hushed lyrics. I get that a lot. And there are kind of romantic metaphors, but when I write I’m not trying to make you fall in love.

You literally did everything on Turn Into. You played all the instruments, and you produced it—that’s amazing. Do you feel like you can best trust yourself to actualize your vision?

Yeah, that’s exactly how I feel. Especially when you’re by yourself, it is very hard because you have no one else to guide you in terms of self-esteem and confidence. You’re putting yourself out there. You’re putting the most vulnerable moments out there. But I worked on my music for years, and I had time to grow with that. I realized that I really, really like working by myself. The aspect of having full control is really convenient for me, and I think what’s really important is challenging myself. I’m always trying to be better.

Yeah, and then there’s that aspect where as soon as some guy plays guitar on a woman’s track, he’s suddenly the mastermind behind it all, which is suuuper frustrating.

Oooh my god. Right. I JUST read an interview with a woman [who’s a musician], and she was talking about how she gets asked, “Who is the guy who did the album?” Like, “Who is the person behind it? Who wrote the songs with you?” And it was all her. It was very frustrating because it was relatable. Not even with just albums and writing music, it’s even in a live setting. Sometimes people assume that you’re just doing merch or you are someone’s girlfriend. It’s very frustrating.

It was a mixture of both. I forget what we watched. But there was one scary movie, a demonic movie, where everyone was possessed, and they made it in the style of video cameras, like handheld cameras, and it was kind of scary.

I watched the beginning of that, but I fell asleep before anything scary happened. I was like, “Oh, this is really boring.”

It’s really boring. It’s like, “Oh, a ghost lifts up the blanket and pulls her out of bed.” Like, c’mon.

I was also reading that you feel like songs are cathartic because it’s hard to express yourself in other ways. I really related to that.

Yeah, a lot of us use sarcasm as a defense mechanism when it comes to art because we don’t want people to think we’re being TOO serious, you know. Sometimes confidence can be looked at negatively when it shouldn’t. That’s something I struggle with, too. I realized, “You can feel good about your work.”

You’re going on tour soon. What are you most excited about?

I’m most excited about seeing the other bands. I love to see other bands when I’m on tour. When I’m actually playing, I’m pretty stressed out, and I’m tired from driving all the time. But it’s really, really fun to see other people play. ♦