A biography, a novel, and a poetry collection to add to your reading list. 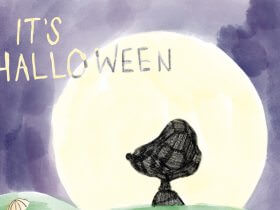 Widow Basquiat
Jennifer Clement
2001, Canongate Books
Widow Basquiat consists of anecdotes about key moments in the life of Suzanne Mallouk, including her desire to leave her abusive household, her mother putting her down for her looks, and eventually running away to New York in the early ’80s. It was in New York that she met an artist named Jean-Michel Basquiat, before he was seduced by the art world. Similar struggles drew them to each other. A childhood accident left Basquiat in the hospital with broken bones, and after being given the book Gray’s Anatomy by his mother, he became fascinated with anatomy. Suffering beatings at the hands of her father, Suzanne understood the curiosity about being broken, literally and figuratively. It’s through the retelling of their love affair that you get a better understanding of who Jean-Michel was, without losing sight of Suzanne’s story. So often, “muses” are viewed as only being of value when they can drive forward the art of the men they inspire. In this case, the muse speaks for herself, offering invaluable insight into her own life and the life of an art star long dead but not forgotten. —Tayler Montague

The Mothers
Brit Bennett
2016, Riverhead Books
Amongst this year’s debut novelists, none has swept me away quite like Brit Bennett and her book The Mothers. The story begins with “the mothers,” the local gossipy church-going women narrators, revealing upfront that there have been secret hookups, a secret pregnancy, and a secret abortion. The people in question are a pained 17-year-old Nadia, whose mother recently died, and her 21-year-old restaurant coworker Luke, who also happens to be the pastor’s son. The abortion quietly comes and goes, but its impact comes back to haunt both Nadia and Luke many years later when they’re adults. Luke is engaged to Nadia’s best friend Aubrey, and she slowly begins to suspect that there’s a history between them. Beyond the fact that The Mothers is gorgeously written and heartbreaking on multiple levels, it’s also a modern day look into a specific community of young black adults in California, raised by the church and rebellious acts that must be kept secret. The Mothers is a layered and important book that I’m grateful to have read this year. —Jinnie Lee

Life on Mars
Tracy K. Smith
2011, Graywolf Press
Tracy K. Smith’s Life on Mars is one of my favorite collections of poetry. Smith’s father was one of the engineers who worked on the Hubble Space Telescope. He passed away before she wrote this collection, and it serves as a tribute to him. Through this point of entry, Smith takes the reader on an exploration of life, death, grief, and the multiverse. Smith’s poems grapple with science-fiction, infinity, trauma, illness, and humanity’s finite existence. They make references to David Bowie and space travel. “Everything that disappears, disappears as if returning somewhere,” she muses in the poem “The Universe: Original Motion Picture Soundtrack.” At its core, Life on Mars is about questioning whether the people we love will cross paths with us again, even if they are no longer physically with us. —Diamond Sharp ♦