How to Make a Miniature Record Player 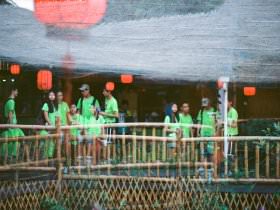 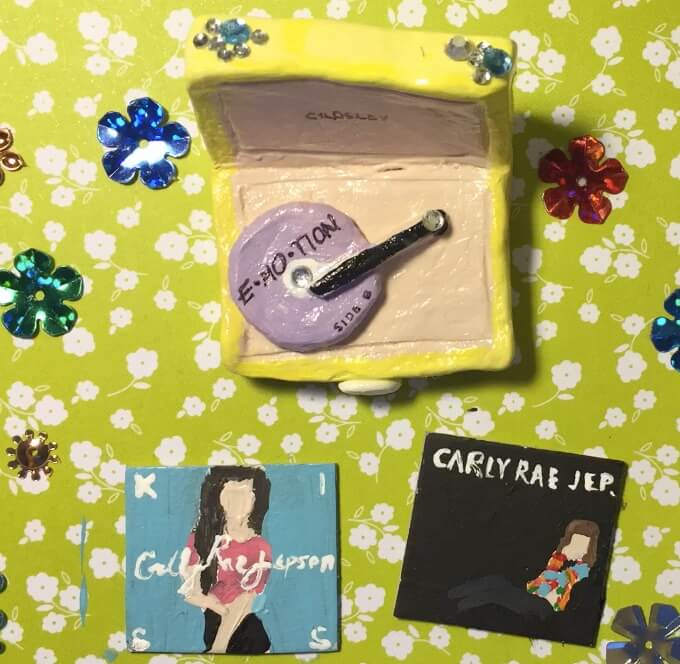 Nothing but the hits.

Everybody has a certain song or album that they feel sums up their personality. What better way to honor your favorite record(s) than a fun craft? If you’re in search of a cute decoration for your desk, a sentimental gift for a friend, or just a fun way to pass a lazy afternoon, this DIY miniature record player will do the trick! 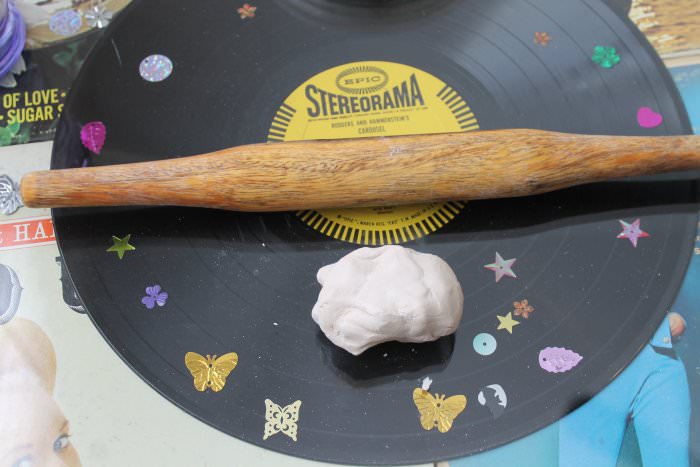 Grab a piece of clay about the size of your fist, then flatten it out with a rolling pin. With a ruler, check that it is at least one centimeter thick. 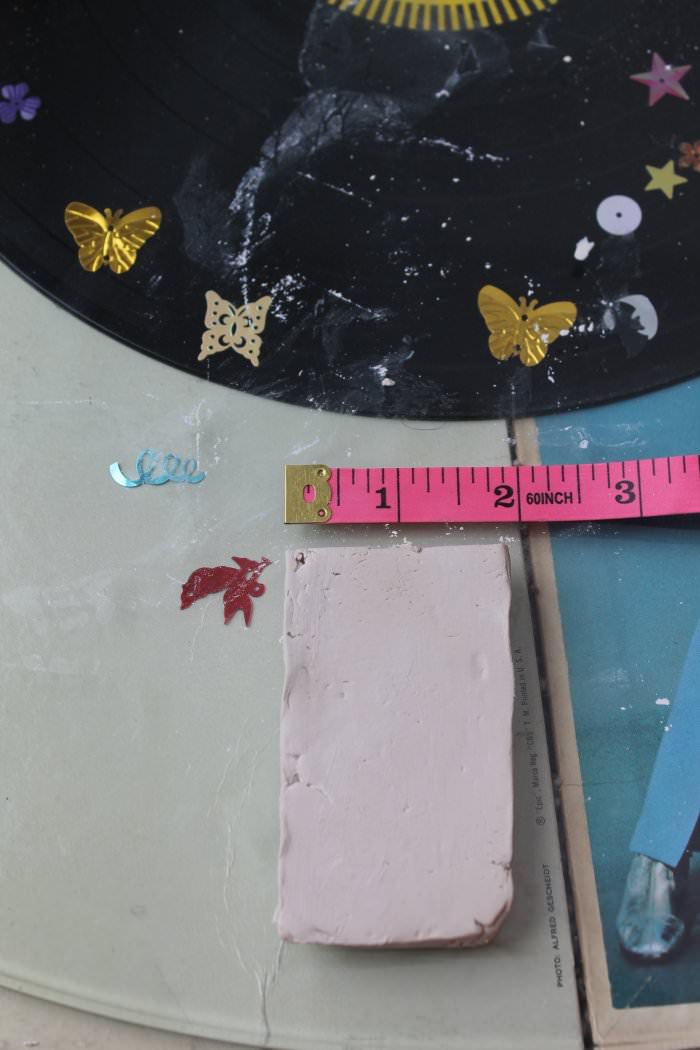 Use a plastic knife to cut a rectangle out of the clay that is about three inches by two inches. Keep in mind it should still be about one centimeter thick. 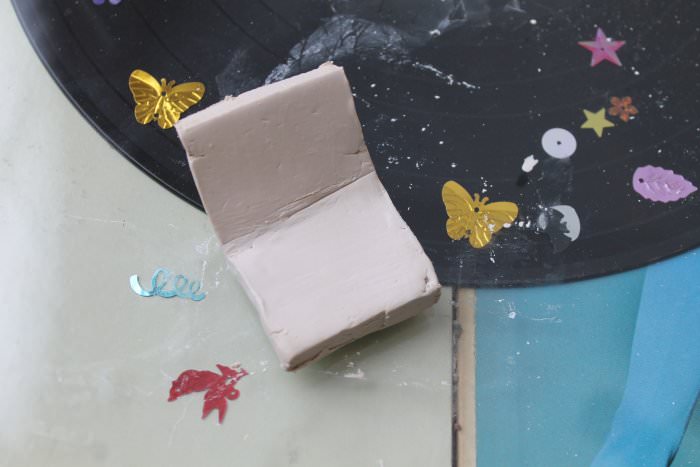 Bend the piece of clay about 130 degrees to form the record player’s shape, but not to the point where it could break. Get the flat side of the plastic knife wet, then use it to smooth out any cracks or bumps. 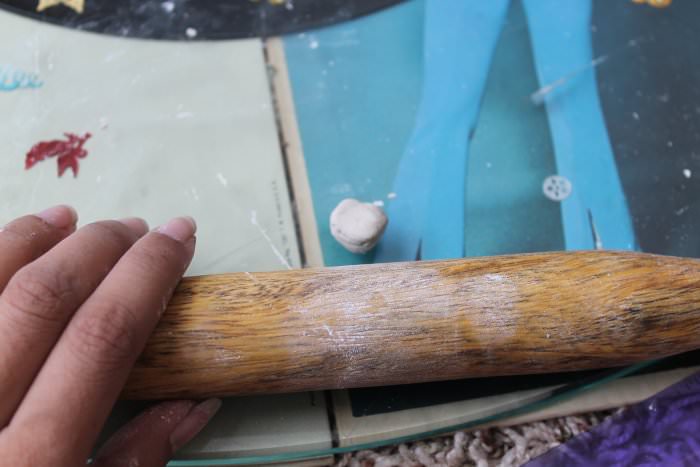 Take a tiny sphere of clay, and roll it flat to make a little record. Get the back of the record wet and stick it to the bottom lid of the record player! 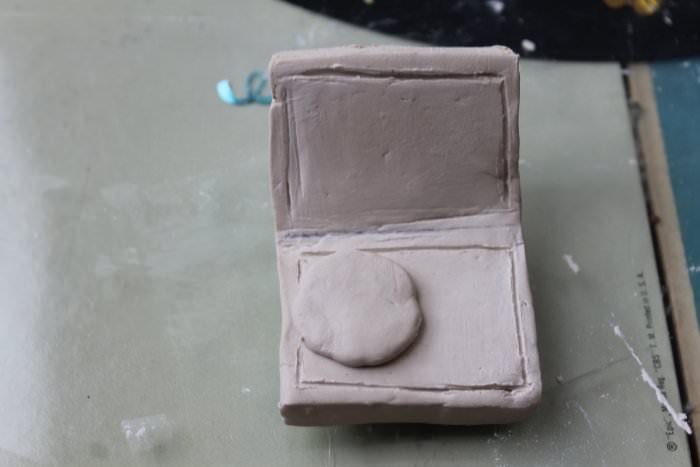 To create a 3-D effect, use the knife to draw a faint outline around both lids. 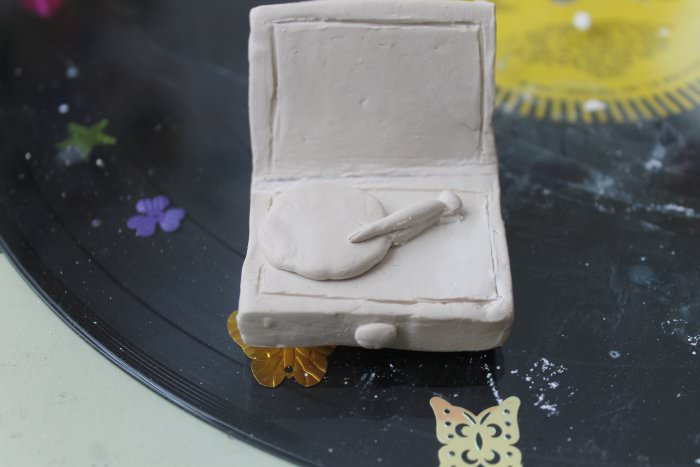 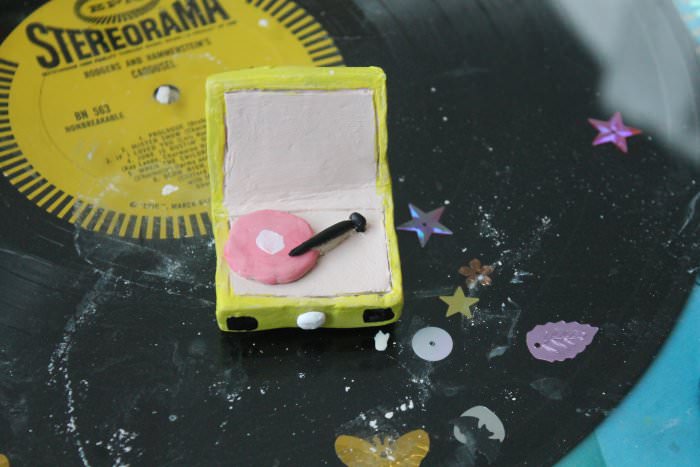 It’s time for the fun part: Painting! I painted the inside of my record player a soft cream color, and I chose yellow for the outside, so it would match my bookshelf. For the record, you can pick any two colors! I typically use a darker color overall—in this case pink—and then add a small circle of white in the center. Paint speakers onto the outside of the bottom lid (I used black paint for this), then paint the handle! 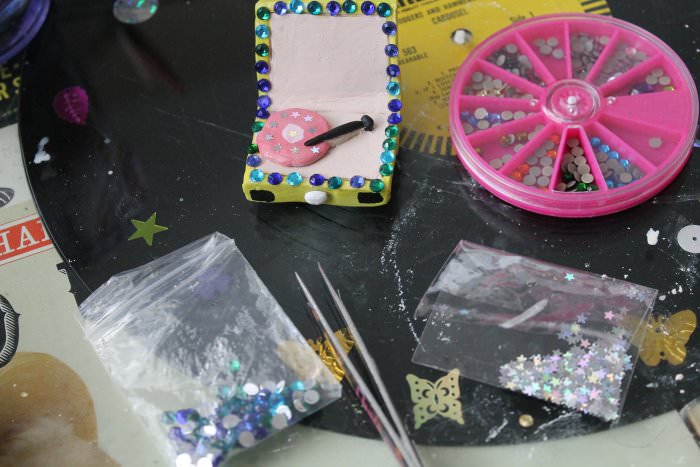 Decorate your record player with whatever cute stuff you want! I added some glitter stars and different colored rhinestones. You could also add magazine clippings, stickers, or sequins! I also added my name in fine-point black marker! 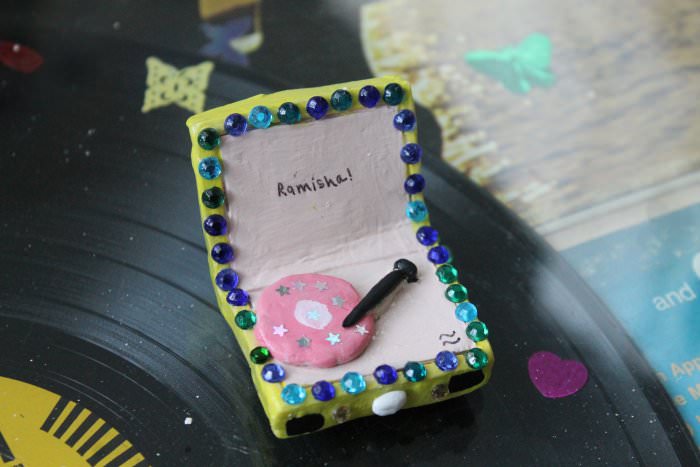 When you’re finished decorating, apply a thin layer of Modge Podge Gloss over the whole shebang. This will make your record player shine, and will help keep the decorations from falling off! 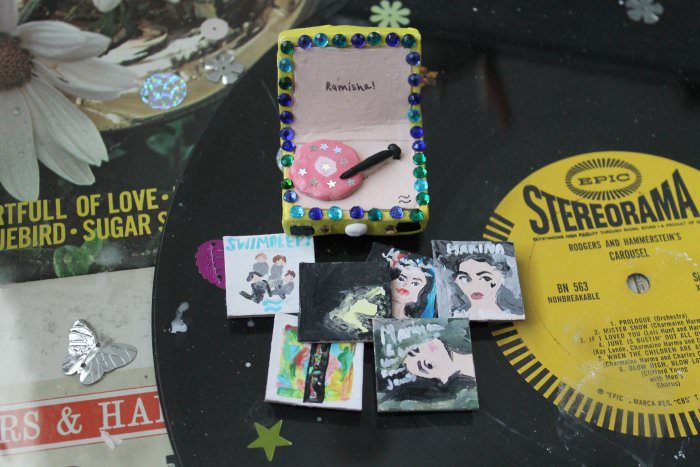 Finally, to make your record player more personal, cut out a couple pieces of thin cardboard, approximately one inch by one inch. (I just used the back of an old notebook!) Then, paint some of your favorite record covers on them. I painted all three of Marina and the Diamonds’ albums, along with both of Swim Deep’s albums and My Love is Cool by Wolf Alice. 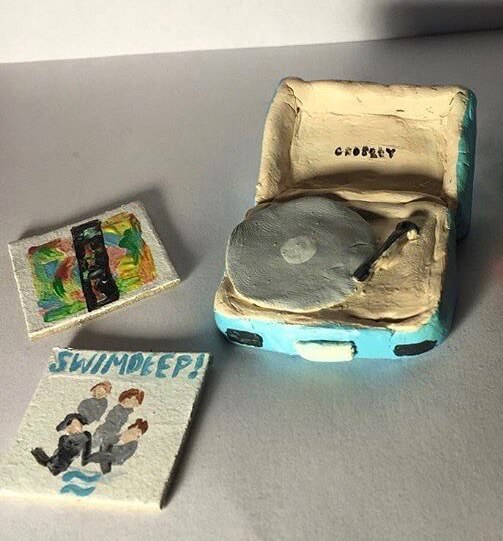