The premiere of a hypnotic new song, plus a chat about mental health. 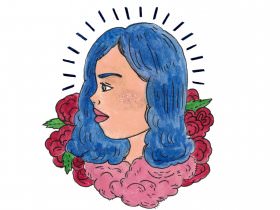 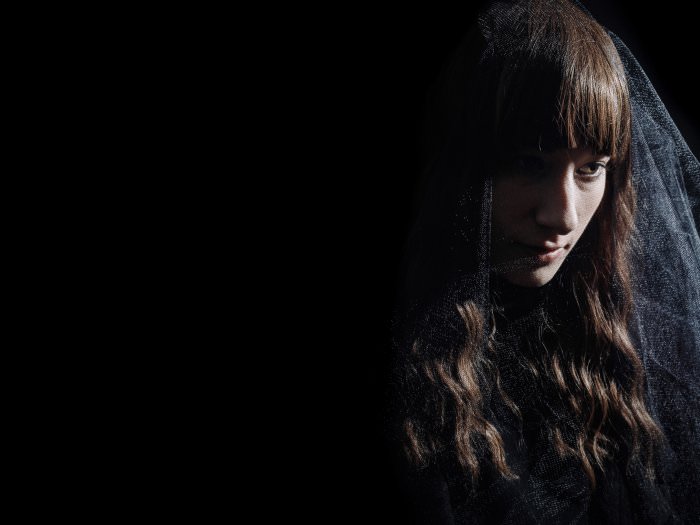 Emily Reo’s dreamy electronic music is what android lullabies must sound like. The Brooklyn-based audiovisual artist’s vocals create a futuristic but soothing sonic atmosphere. Today, we’re giving you the first peek at the song for Reo’s hypnotic new track, “Spell.”

Earlier this week, I had a chance to ask Emily some questions about the new track, her creative process, and making art through periods of depression.

ANNA WHITE: We’re excited to be premiering “Spell.” You’ve been taking a bit of a hiatus from releasing new music. How do you think your style has shifted since your last release? How has time changed how you approach music?

EMILY REO: I’ve been dying to share this song since I wrote it three years ago! Since Olive Juice came out I’ve spent a lot of time teaching myself how to become a better producer and engineer, so these last couple of years have been a learning period. After recording an album in a studio and having it out of my hands for the first time, I really wanted to go back to having that creative control and reclaiming agency over as much of the process as possible—plus I love mixing and making beats or instrumentals for other people, so improving these skills is always useful. Ironically, I feel like the biggest shifts between Olive Juice and “Spell” are that I didn’t play or score everything, but the final product still feels more personal and reflective of who I am as a musician than anything I’ve ever put out. Not only because of the content, but because the final product is “my sound” and I’m really proud of that.

“Spell” feels very intimate, and is a lot more stripped down instrumentation-wise than a lot of your previous tracks, like “Rainbow Road.” Why this shift? Tell me more about your writing process for “Spell” and what the song means to you.

I wrote this song during a long period of time when I had been feeling emotionally numb, and literally “couldn’t feel anything.” I was diagnosed with persistent depressive disorder a few months later. I’ve been struggling with different forms and degrees of mental illnesses including OCD, anxiety, and depression since I was eight, so the need to try and cope with whatever is going on in my head wasn’t new, but this particular feeling, or lack thereof, was. I was scared I’d never get to experience enjoyment again and was just hoping to feel anything at all, even the bad stuff. At the time I was living at Dreamhaus, which was a community space in Boston that sometimes hosted shows. One day the band Quilt was playing in our living room, and I remember a melody coming into my head out of nowhere. This happens sometimes, and I can never tell if I’ve written something new or if it’s from a song that already exists and I’m about to rip off unintentionally. But I ran into my room to record it, and came back to it a few days later to turn it into something. It’s really, really hard to write lyrics or be creative in general when you can’t feel inspiration, and that nothingness was the only thing I had to give at the time, so the lyrics became what they are. I made a little demo on an organ over a drum machine, which is what I usually do with new songs before fleshing them out and figuring out the arrangements. I even toyed with the idea of speeding it up and taking it in a pop-punk direction, even though that idea seems completely bananas to me now. Then one day I was practicing for a benefit show my roommates and I were hosting for our friend Sammy who had gotten into a bad bike accident and was in a coma, and I wanted to do something really special for him. At the time I used a vocoder live, so just I tried singing through “Spell” with nothing except the vocoder then added layers of instrumentation until it felt super engulfing and chaotic. I was trying to express how everything can appear calm on the outside but there’s all this internal conflict that can end up growing to the point of actually controlling you. After that night the arrangement stuck, and the recorded version pretty much reflects how I ended up playing it live, plus strings. Anyway! I’m really glad the song feels intimate because it’s definitely the most vulnerable thing I’ve ever put out there. Besides everything I just said, which is the first time I’ve ever really discussed mental illness openly and this feels like a good time to do it.

You are a visual artist as well as musician. How does that impact your music? Do you think you approach the creation of music differently than someone without a visual art background? How do you think your music and your photos or videos are similar?

It’s been really helpful. Sometimes I get too in my head about making music and start to hold myself to expectations that make the whole process kind of overwhelming. Having other creative outlets I can switch to when I need a break is really balancing and helps me reset so I can enjoy everything again. I started drawing and painting way before I made music so I think that helps me visualize a song as a big picture, then I have the ability to fill in negative space or take away excess from there. I also think some parallels can be drawn between my music and art stylistically. I try to take something natural and find or create an element of the supernatural in it, whether it be sonically or aesthetically.

If you could cast a spell on anyone, who would you hex and what would the spell be?

Trump would straight up be forbidden from speaking to or about women ever again.

Now that you’ve released “Spell,” what are your plans for the future?

I’ve been working on finishing my next album, which will be coming out sometime in 2017, but before that can happen I’m booked up with some really fun projects for the rest of the year. On Halloween I’m celebrating the release of “Spell” in the only logical way, which is playing a Carly Rae Jepsen cover set! Then I’ll be on the road playing bass and synth in Sad13, then on the road some more for a solo tour that’s in the works. Then the album?! Then I want to “shift that creative energy” by starting a home renovation business, which I am actually 100 percent serious about and set on. Then more touring! Then a new new album!

Is there anything else you would like to tell Rookie readers? A piece of advice, a recommendation, a word of wisdom—anything you think is important that you’d want people to know?

I can’t believe in 2016 there are still all these stigmas and this even needs to be said, but mental health problems can be invisible, and that doesn’t make them any less real. If you’re going through something, don’t be ashamed to communicate with the people in your life about the support or space you need. You can ask for that—it’s totally OK. It’s like asking your significant other to bring home orange juice when you have a cold, except this is a cold lasts longer, and the support might not be so easy, but the people that love you are here for you. Girls, don’t let dudes tell you you’re being too emotional or too cold. Sometimes we have enough to worry about just trying to feel OK, and no one needs to make that more confusing. Besides, society doesn’t allow much space for us in between, so you do you. Oh yeah, and wear a helmet! ♦