Why Can’t I Be You: Jenna Wortham

“Never underestimate anyone or anything, especially not yourself.” 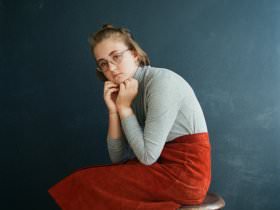 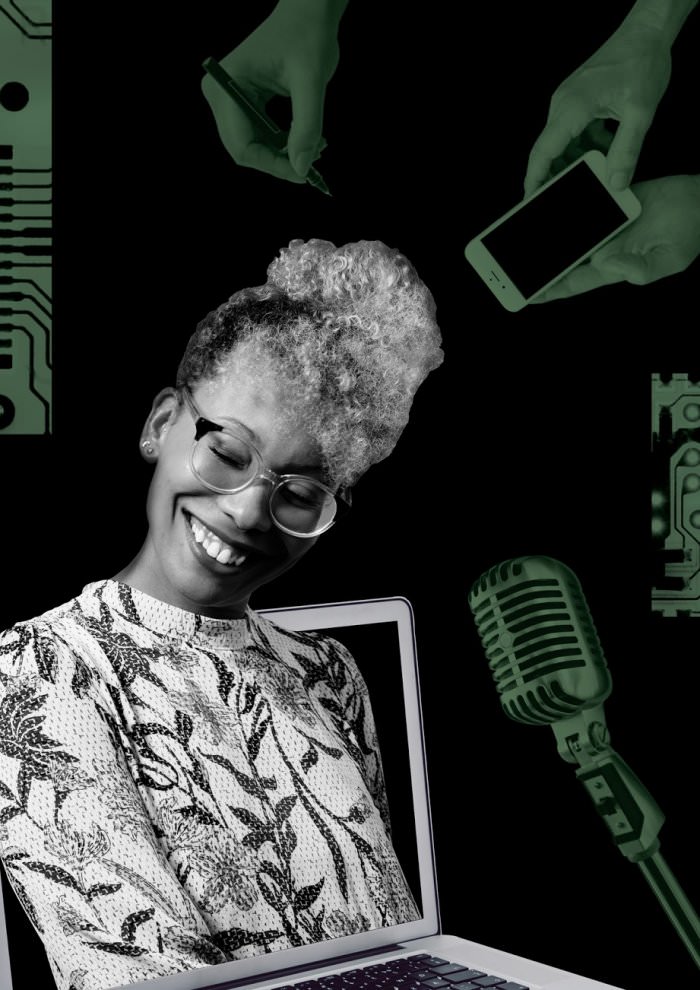 Collage by Ruby Aitken, using a photo by Ryan Pfluger.

Writer Jenna Wortham is always in a state of reinvention. A staff writer for The New York Times Magazine, Jenna is cohost of a new New York Times podcast, and spearheads many other personal ventures. Jenna has carved out her own niche at the Times writing about a multitude of topics including queer identity, black health, and Beyoncé’s Lemonade. (The latter for which she received flowers from the singer herself.)

I met Jenna on the internet—Twitter to be exact—where she is known to offer many insightful 140-character musings. Jenna is concerned with not only furthering her work, but connecting with and encouraging emerging writers. I’m in awe of her incisive writing, and the generous way she moves within the world. She is, with no hyperbole, one of the most important minds working in media, and I’m excited to see what else she has up her sleeve.

This month, I talked to Jenna about how she got her start, her latest projects, and the importance of never underestimating yourself.

DIAMOND SHARP: You’ve found yourself at an interesting and really important intersection of race, technology, and pop-culture writing. How did you come into your current role at The New York Times Magazine?

JENNA WORTHAM: I came to the Times as a baby blogger, and they put me to work in the business section, covering telecom companies like Verizon and Sprint. Those were some of the hardest years of my career—I had to hustle so hard. Initially, I wasn’t that interested in telecom, and infrastructure and earning sheets were a mystery to me. Plus, I didn’t go to school for journalism, so I was figuring a lot out on the fly, and the learning curve was steep, but it also turned out to be some the most fun years of my career. I appreciated being in the trenches with smart and motivated workers—and learned so much about business, finances, how to trace how money moves and why it matters. I also really came to understand how the news is produced, why certain things are covered and certain things aren’t. I came away with so much appreciation for the ability to figure things out. Each assignment is a puzzle—you know where you’re trying to go, and figuring out where the pieces are requires a lot of patience and confidence in your ability to get there. I also really came to respect the physical labor that goes into producing the news, and the sacrifices people make in order to do it. After a little while, it became clear to my editors that I needed a new challenge, and that I had an aptitude for understanding the relationship between technology and culture. I made a convincing case to have that be my focus for awhile. It was sort of a trial arrangement—but I broke so much news in the first few weeks and wrote so many front-page stories, I never went back. I made up my own beat, more or less. I was always really proud of that and grateful to my editors for making space for me to figure it out. I haven’t stopped since then, really. A little more than a year ago, Jake Silverstein, the incredible editor of The New York Times Magazine, asked me to join the brilliant and talented team he’s building and I was floored. I had to say yes. That’s been my dream job since I decided to try and write for a living. The editors and writers there are phenomenal humans.

How do you choose what to report on?

I don’t have free reign. I still get assignments, but I choose 90 percent of what I write about, which is the ultimate luxury. I got tired of writing about the “new-new” in the tech world and start-ups because I started to realize these companies were being careless about how their business practices replicated some of the most insidious legacies of the former industrial revolutions in our history. It worried me, and still does. I think about predictive policing, Twitter harassment, predatory data collection, server farm emissions, and the way the tech boom has exacerbated racial wealth disparity. So I’m trying to write about that, instead of the ways these companies scale and make money. It feels so urgent. I still love to trendspot, though, it’s so much fun, and I’m always determined to write about black queer communities because there aren’t enough of us in the spotlight, and I’m tired of that hyperinvisbility. I also try to prioritize places where I can add something new. Sometimes, as reporters, our jobs mandate that we add to the pile-on, but when there’s an opportunity to present a fresh thought or perspective, I really think you’re obligated to leap on it. I don’t know if I believe in lanes, or that people have to stay in what others perceive them to be, but I also believe its important to know your blind spots, and what you don’t know, and not be afraid to acknowledge and confront it, and let that inform your work as much as anything else.

What is your approach to pop-culture criticism? What tips do you have for someone starting off?

I’m not a full-time critic like some of my colleagues, but I’ve dabbled a little, from time-to-time. I had a lot of support from great editors who would interrupt me mid-convo or mid-Gchat and say, “Hey, that’s a piece. Write it down.” So my main tips are to trust your instincts. If you think an idea, an angle, a subject is worthwhile, it probably is! Find a way to pursue it. If you can’t find an outlet to publish it, look for alternative means. Think about radio, podcasting, videos. Get creative. And apply for grants! I’m so mad I’m just finding out there’s so much money for journalistic and writing projects. Also: Don’t waste your best material on Twitter.

Your new podcast, Still Processing, is so refreshing! How did it come about and what should listeners expect in the future?

Thank you! I love it so much. Wesley Morris was working with our audio team and asked me to join him on a culture podcast. There was no way I could say no. He’s so smart, and so sharp, and has a theory for everything. I’m all about learning and absorbing lessons right now, and I realized I could learn a lot by working with him. I’ve always wanted to do improv, or something to get better at riffing and comedy. That’s not exactly what we do, but its crucial to our dynamic—being responsive and unafraid to laugh or make a joke. I’m an extremely introspective person, and not used to working out my ideas in public, before an audience. I usually let things marinate before presenting them. But there’s a tremendous amount of value in being able to think and speak on your feet. Wesley is so great at that, and I love working in a team. The Times audio team and Pineapple Street Media are so thoughtful and curious, and they make it happen somehow, each week, like a gorgeous glittery miracle. I also feel we have been given a huge opportunity to talk about culture, all culture, at a time when it’s molting and undergoing a violent transformation. To have the endorsement and support the Times to talk about that in real-time, and in public is tremendous.

Outside of your work for the Times, you’re working on Black Futures with curator Kim Drew. You also do Bloop with writer Aminatou Sow. Can you talk a little about the origins and goals of those projects?

I’m just trying to be like Oprah! I’m also taking notes from all the entrepreneurs I cover and observe—they’ve figured out how to be their own gatekeepers and its awe-inspiring. But I also adore everyone I collaborate with, and sometimes the products are just the excuse to see my friends and hear them unspool and keep up with their lives. I am really basking in my post-Saturn return year and all the revelations it spawned. I really want to have a modest constellations of projects that I believe in, that encourage curiosity, push me to evolve, and embody the mission of what I think I’m here to do. Honestly, this is just the beginning.

At a Well Read Black Girl reading earlier this year, you read an excerpt from a YA story of your own. Can we expect to see more creative writing from you?

Yes! Do you want to? Right now, I’m so doing laps in the work of Renee Gladman, bklyn boihood, Zanele Muholi and Alison Bechdel. I’m learning to document and write things down as they happen, no matter how small. Really unspooling my ideas about the world and life. I’m trying to be ethnographic, and self-reflexive, which is a nice break from my day job, always making sense of other people and things. It’s nice to do it for myself. I know this sounds crazy, but I can just say it because it doesn’t have to be rooted in reality to be aspirational: I really want to watch a new L Word. Or, read a brown version of The Argonauts. I’m so hungry for a cultural product that feels like it’s about me and my friends, I’m starting to think I might have to make it, which must be followed by the ultimate admission: I have no idea how to make it. But I’m starting the stories and characters that I know. It’ll probably never go anywhere, but it’s so entertaining.

What is the most important thing you’ve learned during your career as a writer?

That everyone has something to say, and it’s all equally important. Documenting the present for the future past is incredibly important. That the job of a journalist and writer can be very transactional and it’s important to think about what you’re taking from people, and what you are offering in return. People, and their stories, are not dispensable. Also, never underestimate anyone or anything, especially not yourself. ♦