Part four in a series. 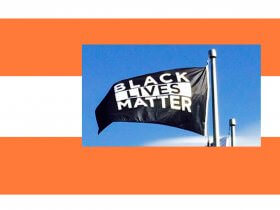 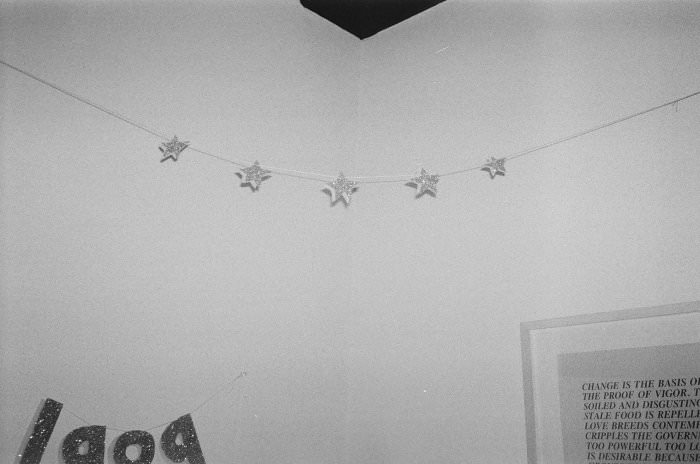 This month’s theme is Infinity, about what cannot be articulated; the infinite feelings, colors, sounds, experiences that we do not have words for. We’re publishing a few entries from Tavi’s diary that show how, for her, “it’s gotten shockingly effortless to live in Infinity, and trust that I’ll retain what I need to later, and if not, accept the price of a life fully lived.” This is part four in the series; read the first installment here, the second here, and the third here.

I was so desperate for someone to just tell me I’d done my job correctly. I’d lose track of time in the bathroom mirror, back at the apartment after that night’s preview, picking at any fraction of a blemish ’til Petra would come in and tell me to stop. I’d go to rehearsal the next day and get more notes I didn’t know how to take. “For whatever reason, you decided to be a part of the world in a larger way when you were, what, 11? So you’ve been validated from a very young age. You have this confidence and comfort that a regular 19-year-old like Jessica doesn’t.” I accepted this narrative for a few days, but could not find it helpful to go onstage knowing there was a fundamental difference between the character and me, and had I overcome it yet? How about now? What about this delivery? I voiced my confusion later that week.

To Kieran, Michael, and me, maybe on some other day: “The three of you have been accepted in these adult circles from a very young age, and that’s gotta take a bit of pressure off when you walk into a room. You cannot know what it’s like to go to some party and be seen as no one and feel like you have something to prove.”

No, although I know what it’s like to have something to prove to a Broadway audience when there is no reason for you to be any good at stage acting at this level except that you did it as a kid and you did it in school and you auditioned for the part and you got called back and you met with the director and you assured her that yes, you were younger than most of the other contenders, but you also lived in dog years for how big everything felt in your mind; for how much meaning you could extract from a minute interaction of little consequence. I know what it’s like to also have to prove that this doesn’t mean you’re more “adult” than the character; you can relate to her general terror around existing in the world; here is even an anecdote about suicide (!) that illustrates both your supes normal scared-young-person-ness and wise-beyond-your-years ability to metabolize it through performance and be a joy to work with. I know what it’s like to have something to prove to a skeptical cluster of New Yorkers that is perhaps comprised of some of the same people who said bizarrely aggressive stuff to you at fashion shows when you were 13, making it upsettingly clear just how often human beings are not having two-way conversations but simply talking at each other in their own secret codes about their own insecurities. I know what it’s like to have something to prove to yourself: to need to know that, in spite of that social phenomenon, coupled with the depression, and adding on the circumstantial unlikelihood of connection when you feel too young for these adult circles but too polarizing at a high school party…that somewhere in there, against all odds, you are capable of loving authentically, and of being loved. Move to New York, do live theater, date an archetype like Man: a confluence of perfect tests.

Then I started getting notes like “Forget all of our notes!” and “Say every line as SOON as Michael has said his.” But what was that supposed to look like? What image was I supposed to be creating? I did not yet know that it doesn’t work, at least with this kind of show, to go from the outside-in, but that was how I’d lived my life: starting and ending with the outfit, or playlist, or words on a page; putting myself on tape for auditions and reviewing each take in horror.

Starting with our run in Chicago, I was working towards a perfect show. I thought I knew my favorite version of each line and moment, and that I just needed to play them all accordingly, then repeat that every night. But then something would get in the way. There were all the theater things, like a phone going off, or my lighter not working, or a man from the audience walking onstage and using the set’s bathroom (which was amazing). Then there was the acting stuff, where I would almost successfully paint-by-numbers the edition of the show I liked, and then Michael would say something differently than usual, and my brain would have to find the most logical way for Jessica to deliver her response, and strategically lead him back to the plan that I was used to.

Still, there was no way to play it back, edit it, or watch myself and adjust accordingly before proceeding with each moment. In a way, it was my worst nightmare: no written record, no photographs, no way of controlling the story if I was to truly to be inside of it. So I continued to ask Anna and Kenny if I’d gotten not-thinking right after every preview, unable to wait ’til morning for notes. If they said I was getting stronger, more alive, I voiced disbelief: How could I have done a good job if it was feeling less and less in my grasp? If I didn’t even know what exactly I’d done?

“You feel bad after every show because she feels bad,” Anna said to me one night on the staircase in the dressing rooms. “An actor is like a sick person. You get infected. I just noticed a friend of mine talking to his kids the way his character talks to his character’s kids.” Kenny, in the stage door alley: “Some characters are notorious for this. Willy Loman kills himself every night. It’s not supposed to feel good to play her.”

But then how was I supposed to know if I was good or not??? Was there any way to be, at once, feeling Jessica’s awful feelings, and a sense of relief, even triumph, at how much I was killing it, if I was in fact doing so?? Anna made an analogy using sports, one thing I have never been able to turn my brain off enough to even see the value in doing (which would be one reason why there would be value in it for me). “You know how they say that there are five things a golfer really needs to know, but he can’t actively think about any of them when it’s time to hit the ball?” Kenny used a hobby I have more experience with: “You know what it’s like when you sit down to write, and it takes some time to get there, but then you’re really going, and you’re not planning every word; you’re just writing?” I thought writers were micromanaging, depressive, and eternally removed, and here Kenny was saying you can be free in that process, too? Maybe writing itself wasn’t the problem; maybe my belief that writing—that I—was the problem, was the problem. This became clear only very recently, long after the show’s closing, when I randomly recovered the memory of Hilton saying at our first lunch, “You stopped writing because you thought you needed to sacrifice your individuality to be a part of something.” Well, yes. Look at me, I’m so annoying, I’ve already gotten all this attention for being an individual and it’s way more than anyone anywhere deserves for doing anything; who goes to the theater to see this guy’s individuality? My experiment in the loss of self was maybe not just a study of acting, but also a way to confirm the suspicion that there was lots about me worth muting or changing.

Once when Kieran had a bunch of people over, I spoke with a woman in her late twenties about dating older men when you are more like my age. I had just started seeing Man. We were out on the balcony.

“The only thing I’ll say to you is: remember to make yourself important.”

I looked up, glossy-drunk, my butt on the threshold, struggling to meet her gaze. So intent.

Of course, I thought. But I’ll always have me, and I want to keep him for as long as possible.