Part two in a series. 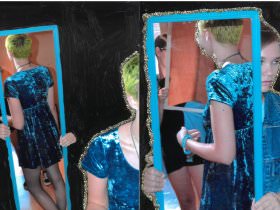 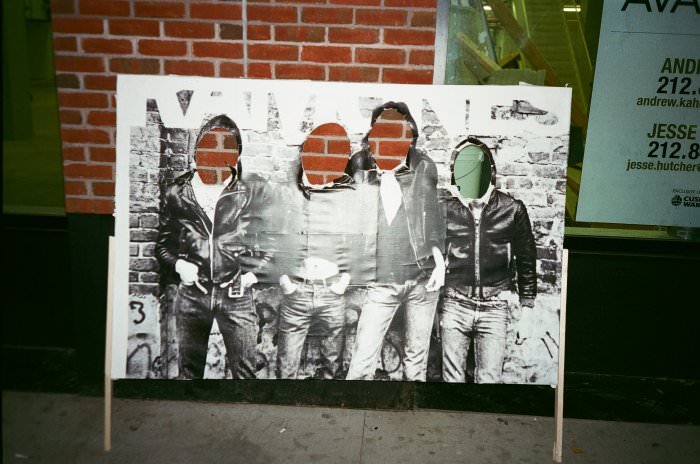 This month’s theme is Infinity, about what cannot be articulated; the infinite feelings, colors, sounds, experiences that we do not have words for. We’ll be publishing a few entries from Tavi’s diary that show how, for her, “it’s gotten shockingly effortless to live in Infinity, and trust that I’ll retain what I need to later, and if not, accept the price of a life fully lived.” This is part two in that series; read the first installment here.

I’m told to “move forward from a place of love,” but the love itself has been displaced. Where does it end up? Do you exorcise it, pay tribute, by writing exactly what happened, or by taking all your love energy that’s got nowhere to go, and using it to make something new? In Hedwig and the Angry Inch, Tommy, Hedwig’s young lover and mentee, asks, “What do you think? Does love last forever?” A neighbor blasts “I Will Always Love You” underneath the entire scene. Hedwig replies, “I believe love is immortal […] perhaps because love creates something that was not there before.”

HEDWIG: Yes, but not only.

She paints a silver cross on his forehead.

This could be about two compatible people with poor timing. It could be about me as a victim, or me as someone who got in her own way. I expressed to Sarah my wish to record it all as objectively as possible, with no painted crosses or bottled Jesuses—or crucified ones.

ME: I’m trying so hard to find the middle ground between the love I lost and my need to put it in perspective. Like, take ownership of what has happened to me, but without being a vampire. How can you make something that is as earnestly about another person as possible and not just like—

SARAH: It’s not earnestly about them.

SARAH: But it’s about you, obviously. You can only write from your own perspective.

ME: …Right. And why would I have to erase myself for it to be as earnestly and truthfully about him as possible?

SARAH: Yeah, that’s not true. Because beauty is in the eye of the beholder. You see it.

Wim Wenders wrote in his book Once that every photo is also a portrait of its photographer. Didion believed that, as a reporter, it’s more honest to establish who you are and where you’re coming from than to even try and mute the inevitable bias. If subjectivity is inalienable, memoir is a form of fiction. Writing about one’s life without ever revealing oneself or anyone else to occasionally be an ass isn’t writing; it’s branding. The world doesn’t need more branding. I like “Man”; it’s bland and biblical and the exact person a Young-Girl is taught to live for. Other options, if I get bored: John Smith, Dick from I Love Dick, Casper the Ghost, the Pillsbury Dough Boy, Kit Kittredge, Guy in a Taylor Swift Song.

It’s not just in memory that we change who people are or see only what we wish. If you’re that used to doing it in writing, you’ll start to gain a reflex for commodifying in real-time interactions. This talent doesn’t start with malice; just imagination. It’s honed through years of living among fiction. Rebecca Solnit wrote in The Faraway Nearby, “The object we call a book is not the real book, but its potential, like a musical score or seed.” This has been my experience with every work of art I’ve loved. Some mediums may seem to allow the creator more control over what ends up in the reader’s mind, but everything I lived by in high school was merely a map to a world my brain imagined around it. The set off-camera, the experiences a song was written about, the character fated to fill out an article of clothing. I was not a film buff or a music nerd, had not seen or read the vast majority of classics. But I was an avid re-watcher, re-listener, re-reader, and re-wearer of all the things I knew I liked. It wasn’t the forms themselves which fascinated me, but the worlds of these individual works that I took such comfort in getting to visit again and again, being reunited with my favorite people, anticipating all my favorite details. In Camera Lucida, Barthes defines a punctum in a photograph as “that accident which pricks, bruises me.” Applied to other mediums, as well: The facial tic that makes a character a person and not an actor in costume. A sound so apt that its origin becomes unknown, like it was never the work of an instrument in a studio. I made a charm bracelet of them all, spent so many days after school establishing the solar system of these worlds: cataloging a punctum’s appearance across various works, styling self-portraits that wrote me into them.

It always happened all at once. Six seconds into “Wild Horses,” I heard something other than human sigh. My mind went to a Sissy Spacek–type walking out onto a rural porch in autumn sunlight, the same setting from that one fashion editorial in Russh issue 30 that I got in the mail in eighth grade. She sees a boy looking up at her through their past, the same eye contact between Hester Prynne and Dimmesdale from the first chapter of The Scarlet Letter that had made my heart pound, not because it was romantic, but because of everything no one was saying. Much like the eye contact between Margot and Richie when she steps off the bus in The Royal Tenenbaums, so fraught that you know it’s more complicated than love-at-first-sight.

Learning these tremors inside and out promised me, simultaneously, a home inside my head, and an escape from myself. It is why I preferred the album to the concert, listening to music on my terms: no surprises, just memories—not necessarily of real-life events, but of those I’ve designated for this particular song. What was I supposed to listen for if not my own nostalgia? It always felt so achey, so gripping! Until I felt stuck, started to resent all the most recent punctums because they reminded me of myself, and had to start all over with a new journal, new wardrobe, new haircut or color, etc. Through every aesthetic choice, article of clothing, song on my headphones, I was negotiating whether to return home to an Other world I’d already built, or to see if another home awaited me out in the abyss, in the uncharted territory of records I hadn’t heard or clothes I hadn’t inhabited.

I was faced with this choice whenever I was about to meet Man and could stay in my head and choose what to see, or keep my eyes wide to anything which might happen. I was faced with this choice when I could play the Jessica we established in early rehearsals, or let a new side of her come out, onstage, in front of 900 people. I am faced with it every time I feel tangled inside and it seems the only solution would be to go to the home I found in him, but of course he’s not my home anymore.