Skeptics called her hoodoo woman, witch, rootworker, conjurer, but the women knew her. 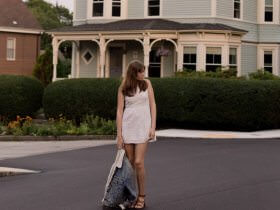 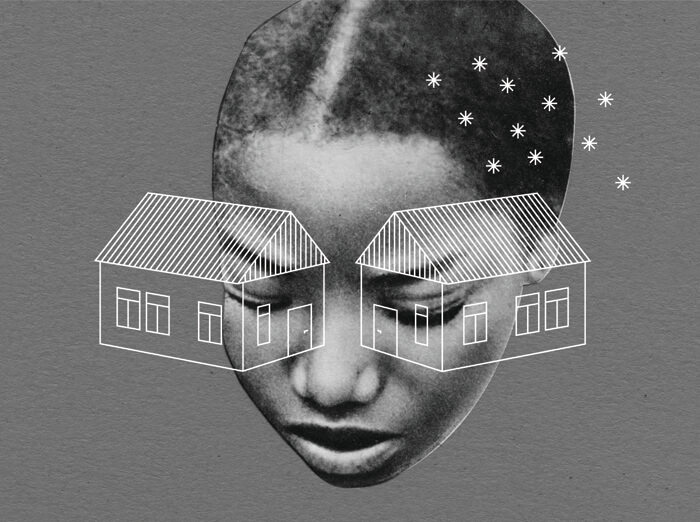 There was banging at the door. It rattled the hinges and shook the frame. It scared the birds nestled in the oaks, and for one imperceptible moment it made the cicadas pause their screeching. The banging persisted for a while before rousing Mama Harris, but Jayda jolted up on the couch immediately.

It had been two months since Jayda’s mother sent her to spend the summer with her great-grandmother and she still wasn’t accustomed to the sound of Mama Harris’ door rattling all hours of the night. Jayda heard the floorboards creak and saw the shadow of Mama Harris holding her lantern as she waded through the darkness. She could see the tall broad woman in her nightgown and head rag. She looked tired, worn, like old age was a 10-ton burden weighing on her shoulders. Her eyes were rheumy and sagged in the wrinkled pouches of her skin. But no matter how old or how tired, she always answered her door.

Mama Harris could see the silhouette of a woman through the sheer curtain over the door’s window. She knew it was a woman because they were the only ones to knock on her door. She pulled back the curtain, and held up her lantern. The woman’s head was shielded by a floral scarf, but Mama Harris could see the left eye that was swollen shut and the reddening bruise across her cheek. Those marks were no stranger to her, neither was the face behind them. The sight of the woman made Mama Harris’ spine stiffen. She hadn’t seen her since she’d run off with the man Mama Harris warned would only bring her trouble. And while she had grieved heavily for the woman, she extracted some peace from her absence. With her gone, Mama Harris could forget her previous sins and bring an end to her private penance. But now the woman was back, banging at Mama Harris’ door. Surely this was God calling for her atonement, but God had come at an inopportune time. She resolved that if she couldn’t bargain for an extension she’d use everything in her natural power to snatch it.

“Boil some water and fill the basin,” Mama said over her shoulder to Jayda.

The woman stared into Mama’s eyes through the glass and halted her banging. “Mama,” she whispered in a choked voice.

Mama Harris opened the door and the woman stumbled in. The woman clung to Mama, wetting her nightgown with the blood that oozed from her wounds. She smelled ripe with a pungent tinge of moonshine. Mama Harris wrapped her arms with gentle firmness around the woman to steady them both.

“Shh…” Mama Harris said as she walked the woman over to the couch. Once she’d maneuvered her onto the cushions, she reached for the woman’s scarf. The woman flinched away.

“Ain’t no need to be afraid. You home now,” Mama Harris said.

She reached out her hand out again and this time the woman let her slide the scarf from her hair, which was matted to the left side of her head. Mama winced at the wounds. It was as if someone bruised her own flesh. As she examined the scratches on the woman’s cheek and her busted bottom lip, a hopelessness rose so deep from within that she didn’t know if she could be of any use. She was staring before her at her own flesh and blood and it was as if she was staring into a mirror. She wanted to keep the woman, protect her from returning to the fists that brought her running, but then she heard the rummaging of Jayda in the next room and remembered that life was comprised of choices, and she and the woman had made theirs. For that reason alone she could heal the woman, but she could not keep her.

“I couldn’t fight him, I couldn’t,” the woman shook her head, flinging the tears across her scratched up cheeks.

Mama Harris wasn’t in the business of understanding what brought the women, she only specialized in healing what wounds they brought to her. So she listened as the woman slurred through her tears a string of incoherent words perfumed in liquor. She’d be more coherent in the morning. Right now, Mama Harris had to get her undressed.

“I need you to stand up, honey, and shrug out of your coat,” Mama Harris said, taking the woman’s hands and pulling her up.

The woman slowly took off her coat revealing a tight plum dress that stopped a few inches above the knees with spaghetti straps, one of which had been ripped. Spots of blood were splattered on the fabric, deepening the plum color to that of licorice. Mama Harris bent down to unstrap the only high heel the woman was wearing. Her other foot was bare and bleeding. The woman began to shiver and her whimpers grew into moans that rumbled deep like approaching thunder.

The moaning seeped through the thin walls and startled Jayda. She tried to ignore it, but the noise haunted her; left some part of her rattled and uncomfortable. It was the same sound that came from the lips of every woman she watched her great-grandmother mend: hoarse, broken, guttural. It was a language her 13-year-old tongue couldn’t translate, but her spirit understood. There was a rhythm to it, staccato notes strung together sporadically on a deep bass line. The sensation was as jarring as it was electric. Jayda felt it prancing around the room, shaking the pictures on the wall and causing ripples in the water she’d just placed the peppermint leaves in. She maneuvered around its wild thrashing as she prepared her great-grandmother’s apothecary: A warm pot of water with two folded rags, an assembly of Mama Harris’s essential oils, a bowl of warm water with two rags inside, sterilized scissors and needles, and an old feed sack folded. Jayda hadn’t seen the woman and didn’t know what to prepare for. Mama Harris was no midwife but she delivered many babies. She was no minister but she delivered many souls. She was no physician but Jayda watched Mama Harris heal women better than any doctor could. It wasn’t just the black women who came to her; the white women sent for her, as did the Indians. Skeptics called her a hoodoo woman, a witch, a rootworker, a conjurer, but the women knew her as Mama Harris.