Tech Trek: A Trip to a Video Game Museum

Plus a look at the film Avatar. 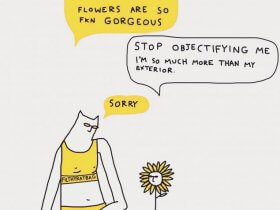 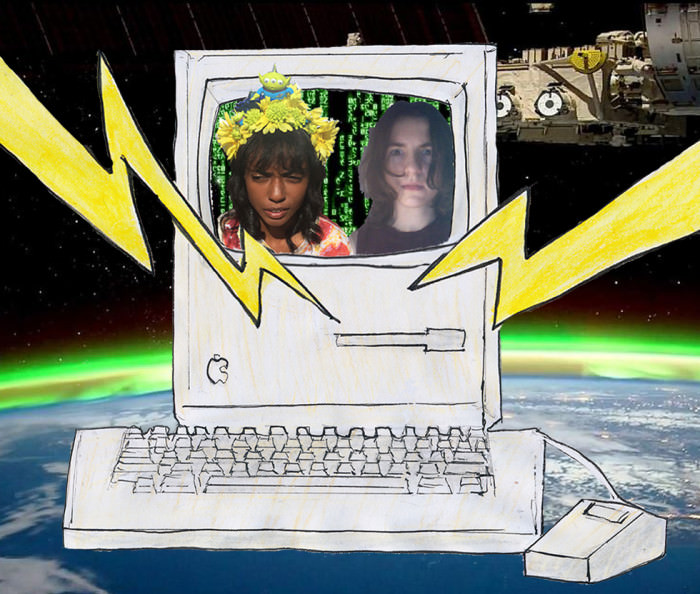 In this installment of Tech Trek, Amber investigates a museum devoted to video game history from the ’70s and beyond, while Maggie asks, “How the HECK did Avatar get so popular?”

Explore: The Museum of Art and Digital Entertainment

I just moved to a new neighborhood and have come to discover that I’ve settled in an ideal spot—perhaps THE ideal spot. My new place is walking distance from a Chipotle, a cat café, and a video game museum. Life doesn’t get much better. While I have yet to burrito-it-up at Chipotle, or hang out with any café kitties, I have made visiting the video game museum a priority. 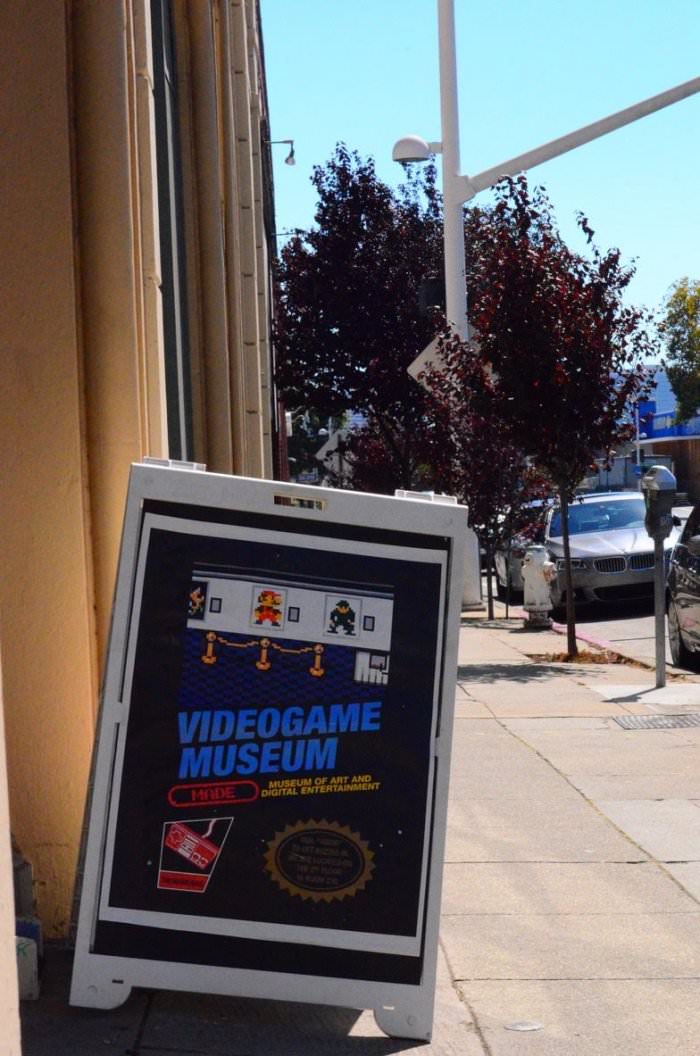 The Museum of Art and Digital Entertainment, known as the MADE, is a video game museum in Oakland, California. Naturally, it houses an overwhelming amount of video games, both retro and more recent. But the (mostly teen) volunteer-run museum also hosts workshops, offering digital drawing and Scratch programming classes for kids. You can also rent the place out for birthday parties. 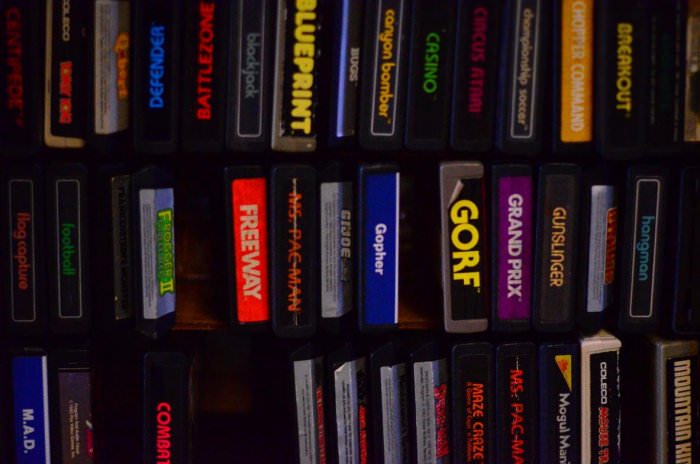 Searching through the collection, which spans more than 40 years, you’ll find Frogger and myriad Super Mario—basically, everything you’d expect and hope to see—as well as a few baffling surprises. I happened upon a Porky’s Atari game that exists, I suppose, because the ’80s were out of control. This is a game based on an infamous sex comedy—so, you know, great fodder for a product, presumably, intended for kids. Good job, Atari! 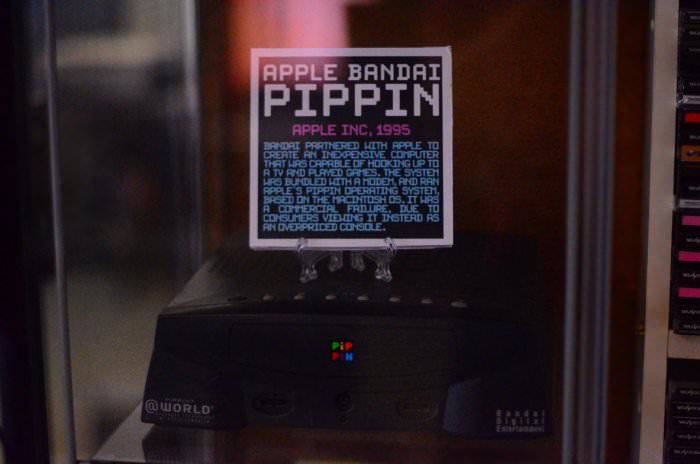 Displayed right along these shelves of beloved and bewildering video games are video game consoles and computers. The MADE has everything from the relatively ancient Magnavox Odyssey, which was released in 1972, to the decade-old Xbox 360. Though, my favorite console at the museum, hands down, was the Apple Bandai Pippin, for the simple fact that I was fully alive and cognizant of the world around me when this machine was released in 1996 and yet somehow have no memory of it. That kind of inconspicuous debut just wouldn’t happen with an Apple product in 2016. We live in what could arguably be called the Apple era. I mean, think about it—the company’s products are introduced with these ultra dramatic PowerPoint presentations that a lot of people get hyped about. But the Pippin’s release was apparently so low-key and trivial that it didn’t even register with me. Looking at the console, I was just thinking, What is that thingggg? 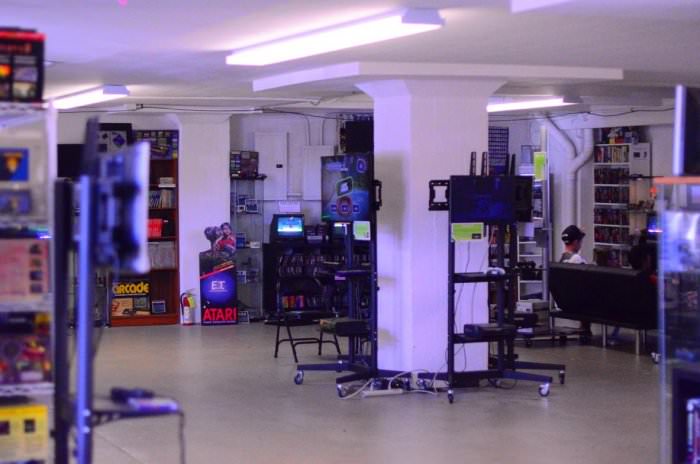 Walking around kind of confused is part of the fun of going to a museum like this—you marvel at the weirdness of old technology that was once considered cutting edge. This museum is also interactive. At the MADE, you’ll not only see a copy of Porky’s, you can play the game, if you are so inclined (which, I was not). One of the tenets of the museum, as listed on their website is that, “All exhibits should be playable: games are to be played, not viewed from afar or watched on video.” I imagine that this is the reason why the museum looks like someone’s basement or garage, and I mean that in the best way possible. There are fold-up chairs and comfy couches and TVs set up throughout the building. The vibe is so chill and suburban. When you’re in the MADE you feel like you’re hanging out at someone’s house, and it’s great. 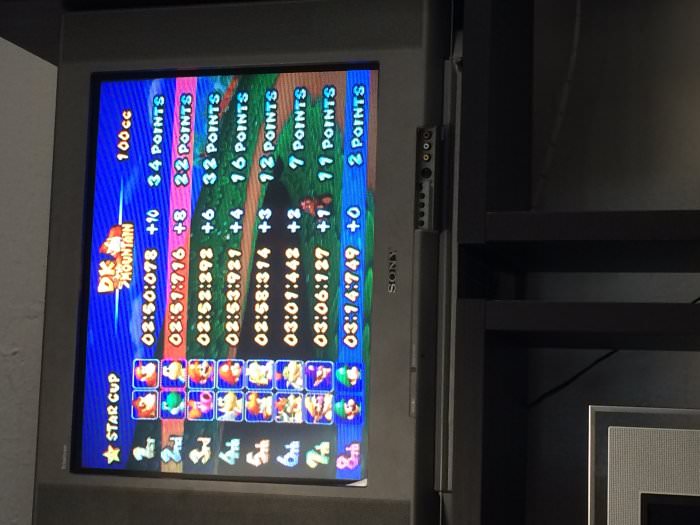 After trying to play Frogger (how do you get past the first stage?!), I camped out in front of the Nintendo GameCube and played Mario Kart. After coming in dead last every race, I realized that I’d somehow become even worse at this game than I was as a kid. Despite this, I had a good time.

Like any museum, the MADE is doing important preservation work. At a time when we’re always looking to the next big technological development, this is a place that helps us contextualize that growth and asks us to acknowledge the value of older inventions. Just because something is new doesn’t mean that it’s superior. This is something that I think most of us understand, but can lose sight of when we’re presented with flashy innovations like augmented reality. Here’s a museum, though, that shows us that old and new tech can exist side by side in digital harmony. I’d totally have a birthday party there. —Amber

Hear ye, hear ye! I have something important to say! Is everyone listening? OK, here it is: I freaking hate Avatar! This is just one opinion, but I think Avatar is one of the worst movies ever made.

In case you haven’t seen it (lucky you!) Avatar is the tale of a very bland white man who saves a tribe of blue-skinned people called the Na’vi from extinction on a faraway planet. On the surface, the movie contains a strong message about environmentalism and the preservation of indigenous cultures. But that message is lost in a total quagmire of emotionally hollow characters, a nonsensical plot, a glaring white savior complex, and excessive violence. (In one particularly offensive scene, an angry white man savagely stabs a dinosaur to death—yet somehow this movie is rated PG-13.) And while Avatar preaches the mystical value of forests and nature, the carbon footprint of the almost $300 million production cost, and sheer tonnage of landfill-bound action figures more than offset that message. Basically, almost everything about this movie makes me want to throw a blueberry pie in James Cameron’s face.

So how did Avatar become so insanely popular? How did it manage to oust Titanic from its decade-long reign as the world’s highest grossing film? The answer: Truly spellbinding technology. James Cameron broke serious ground in the area of motion capture to animate humans actors in a way that went far beyond the achievements of movies like Polar Express and The Lord of the Rings. Cameron also leveled up the film’s 3D technology, making the Avatar: 3D experience far more grounded and immersive than any other 3D film before. And because 3D movie tickets are pricier than regular tickets, the movie hauled in 2.7 billion dollars, smashing the record previously held by Titanic. 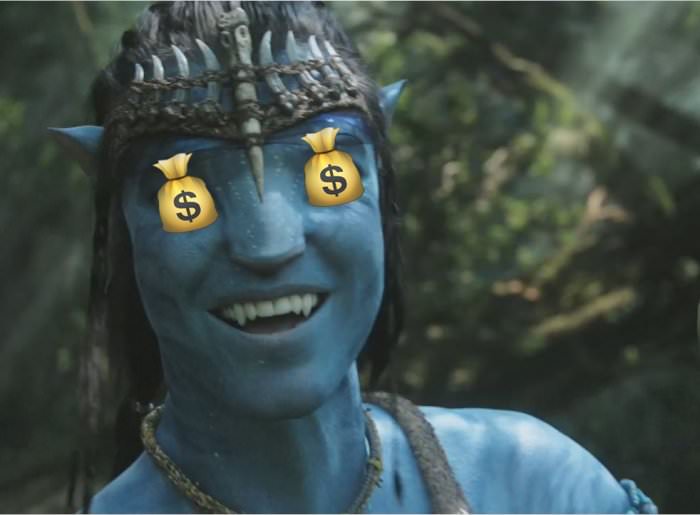 Ironically, despite being the most profitable movie of all time, Avatar has had a relatively low cultural impact. When was the last time you heard anyone talking about Avatar? The movie has been largely forgotten. So why aren’t there convention centers filled with blue-painted people in Na’vi costumes trading Avatar collectors’ items, like other popular sci-fi franchises like Star Trek and Star Wars? This Forbes piece argues that it’s because Hollywood learned all the wrong lessons from Avatar. Instead of getting the message that audiences crave original films (rather than endless adaptations and reboots), what Hollywood execs heard was: EVERYTHING MUST BE 3D!!! 3D OR DIE!!! GET THAT SWEET, SWEET 3D CASH MONEY!!! This lead to half a decade of money-grabbing in which practically every movie got a 3D release whether it deserved one or not. But dazzling 3D effects don’t create cult fan bases—great stories do. And a great story is the critical thing Avatar lacks.

Apparently James Cameron is making four Avatar sequels. Not many details have been released, but he claims that the select few people who have seen the concepts have been left “speechless.” Speechless, you guys! I want to believe that Cameron has written a story that is worthy of the hundreds of millions of dollars of visual effects. Filmmakers shouldn’t think they can get away with coasting crappy movies on eye-popping CGI. When the sequel comes out, hold on to your money unless Cameron can prove he’s done it differently this time. —Maggie ♦