Looking back at a summer of solo travel. 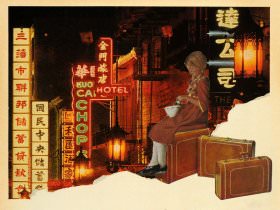