A romantic comedy, a baking show, and an important documentary to add to your queue. 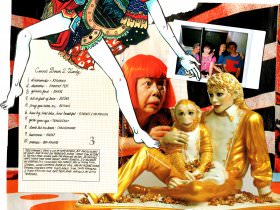 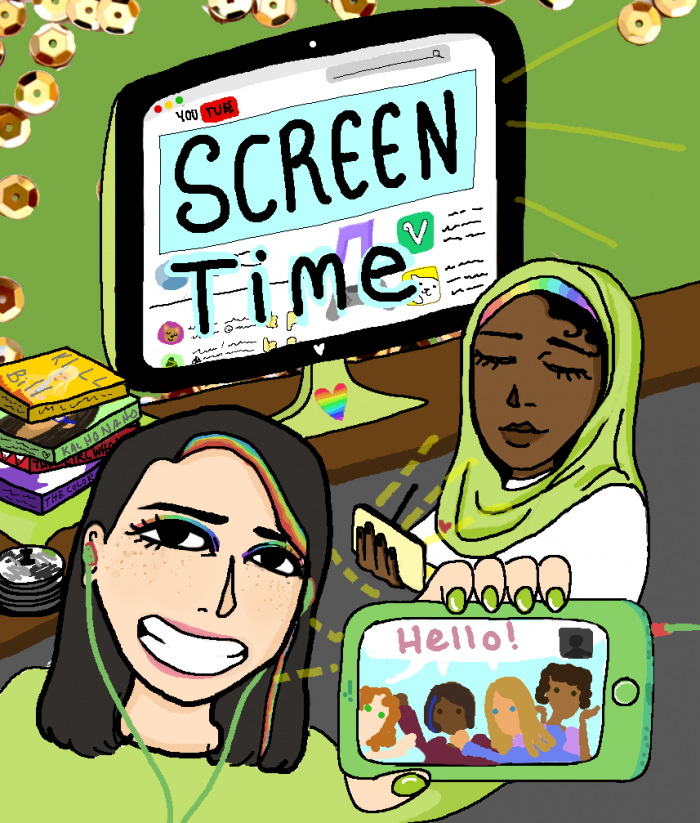 A Crazy Little Thing Called Love (also known as First Love) is a movie I’ve watched again and again. Like its title suggests, it’s about a crush. The Thai film follows 14-year-old Nam through her high school as she attempts, with the help of her friends and a book called Nine Recipes of Love, to get a boy named Shone to notice her. This might sound like your typical Hollywood plot, but the best part about A Crazy Little Thing Called Love is that while it (sometimes cheesily) captures all the sparkly, butterflies-in-your-tummy feelings, it doesn’t leave out any of the awkwardness and obsession that usually comes with crushing. There’s a sisterhood arc, a makeover montage, a baton-throwing subplot, and a school production of Cinderella, all of which makes me wish that my high school experience was just as magical. If that’s not enough to convince you, let it be known that the twist at the end of the movie involves a scrapbook—always a good sign. –Gaby Gloria

The Great British Baking Show (known in the U.K. as The Great British Bake Off) has been around since 2010, but I discovered it after its first season was released on Netflix last year. I watch a lot of cooking shows, and The Great British Baking Show is by far the most calming competition I’ve ever seen. It’s hosted by British comedy duo Mel Giedroyc and Sue Perkins, whose witty jokes add a nice flair to the program. The judges, including successful cookbook writer Mary Berry and professional baker Paul Hollywood, have high expectations of the competitors but also offer sincere encouragement. The competitors bake in a tent in the scenic English countryside. It’s a friendly competition, and a stark departure from the high stakes cooking shows in the United States. The sixth season was my favorite and some episodes can still be watched online through PBS. I won’t spoil the season for you, but the most recent winner is known for her funny facial expressions and has gone on to bake for Queen Elizabeth. —Diamond Sharp

Audrie & Daisy is a powerful documentary that unpacks the widespread and heartbreaking impact of sexual assault. The film centers on the cases of Audrie Pott and Daisy Coleman, teenage girls who were sexually assaulted in separate incidents in 2012, and by boys they considered to be their friends. Audrie & Daisy examines the many facets of both girls’ stories and the long-lasting effects the cases had on individuals and communities alike. Filmmakers Bonni Cohen and Jon Shenk interview Daisy (Audrie committed suicide in 2012), people close to both girls, and individuals involved in the investigations and legal actions of each case. Though the documentary focuses primarily on its eponymous subjects, the directors also include the stories of other assault survivors who, like Audrie and Daisy, had to grapple with the scrutiny of living through sexual assault in a rape culture. Their recollections demonstrate the tragic commonality of sexual assault. In the words of a survivor named Delaney: “The truth gets hidden when so many people don’t believe you.” While watching Audrie & Daisy, I felt alternately infuriated and saddened by the gross lack of general support and resources available to these young women at the time of their assaults. The film conveys their struggles without sugarcoating the harsh reality of the justice system’s treatment of sexual assault cases and the common cruelty of peers and onlookers; I was completely enveloped in the recounting of the aftermaths of both cases. When I learned of the rampant victim-blaming Daisy faced after reporting the crimes against her, for instance, and how hundreds of people accused her of being a liar and a whore, I had to momentarily pause the film and compose myself—the reality of the horror she, only 14-years-old at the time, had to live through was almost too much to process all at once. I can’t imagine how awful it must have felt to have been so invalidated, so voiceless, so absolutely silenced for so long in a world where those who bravely come forward with their stories are often simply shot down. I’m grateful for films like Audrie & Daisy, films that give victims a platform and a voice. —Victoria Chiu ♦