A mix of the Grammy-winning jazz musician’s favorite songs. 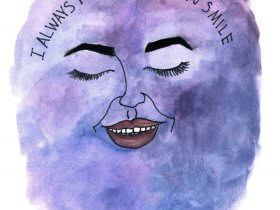 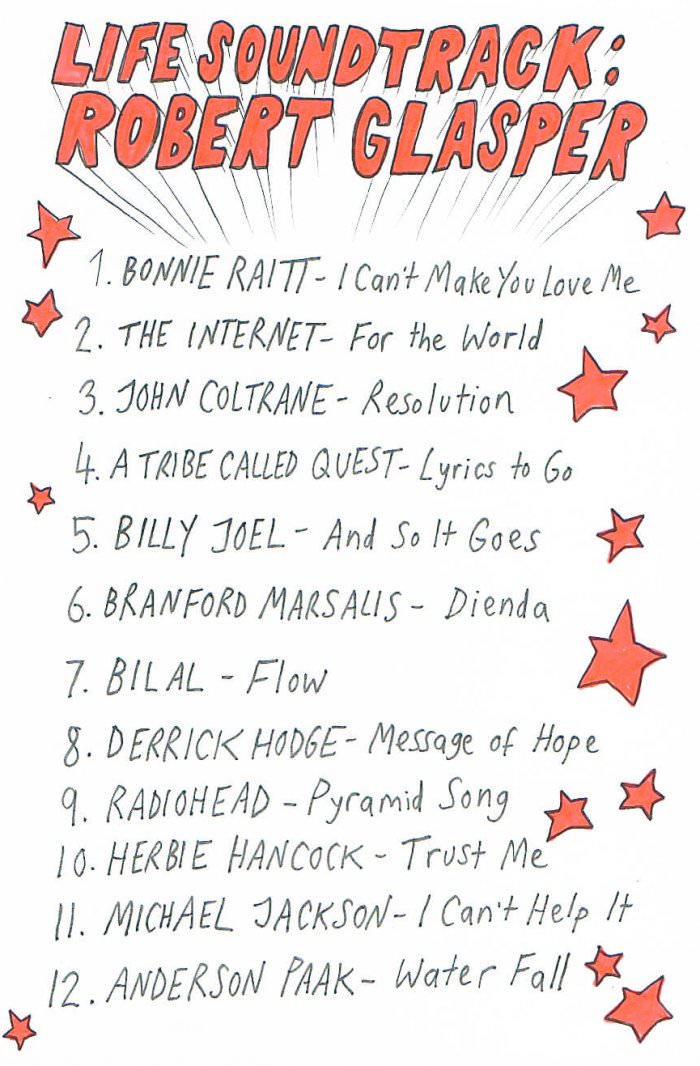 Maybe you already know and love Grammy-winning jazz pianist and producer Robert Glasper’s music. But if you think you haven’t heard his graceful compositions—which seamlessly combine jazz, hip-hop, R&B, and other genres, and often feature vocals from icons such as Stevie Wonder, Erykah Badu, and Solange Knowles—we bet you have heard them. You just didn’t know it. (Proof: Glasper played on Kendrick Lamar’s To Pimp a Butterfly and Kanye’s Late Registration.)

We highly recommend checking out ArtScience, the album Glasper released this month with his band, the Robert Glasper Experiment. In the meantime, listen to 11 of his favorite songs. He’ll tell you why he loves them so much.

1. “For the World” by the Internet

I like this song because how chill the vibe is and how chill it makes me. The chord changes remind me of something I would play, lol.

One of the most intense, swingin’ recordings, EVER! This song is on the very first Coltrane CD I ever bought, Love Supreme.

3. “Lyrics to Go” by A Tribe Called Quest

This might be the very first song that made me a fan of hip-hop. I was in junior high school when I heard it. [Pianist] Joe Sample is one of my Houston heroes, and he’s on keys on this track.

The lyrics to this song are so touching. I used to take the lyrics and turn them into poems for girls I liked, and tell them I wrote them! I’m pretty sure I made three different girls cry with these lyrics. Billy Joel would be my other favorite pop pianist!

This song is how I like to start my day. It’s a get up and go kinda track…Doesn’t hurt that I’m on piano :) Bilal is my favorite singer!

7. “Message of Hope” by Derrick Hodge

I feel this song has one of the great modern-day inspirational melodies. Makes you want to go out and change something for the good, including yourself.

This song puts me in a trance, and I love to listen to it with the lights out. Transports me to many different vibes and moods.

9. “Trust Me” by Herbie Hancock

Love the lyrics of this song, love the spacing of his solos, love Herbie.

I used to listen to this when I was in third grade on my aunt’s record player over and over and over again. One of the best-written songs ever—love the Fender Rhodes and love Stevie Wonder! Love Michael!!!!

His voice has the sound of such an old soul. The song is super sexy, and it doesn’t hurt that I wrote it—maybe that’s why I’m so attached! ♦