Recommended reading material that is all about perspective. 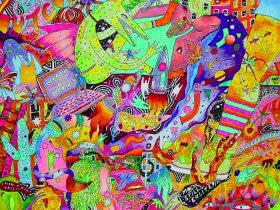 I’ll Give You the Sun
Jandy Nelson
2014, Dial
I’ll Give You the Sun is the story of twin artists, Jude and Noah, and what tears a once-inseparable sister/brother pair apart. The narrative is masterfully woven together, skipping between points of view and timelines. Noah draws and is secretly gay. He tells of how things were when the twins were 14, describing how small fissures in their foundation formed as they struggled with feelings about boys, their parents, and the exclusive art school they were applying to. Jude sculpts and believes she may be cursed. She tells of how things are now that the twins are 16 and their relationship and family is fractured. In many ways, this is a ghost story—one about grief, family, love, art, and how relationships and perceptions can shift drastically as we grow. The magical realism that Nelson employs made me question what was real, and her lyrical language suited the artistic characters. Jude and Noah’s emotions ring painfully true, and their story resonated with me long after I finished the book. —Stephanie Kuehnert

SOFA Universe
Ricarda Messner, Caia Hagel, Andy Coronado
2016, editionmessner
SOFA Universe launched its first issue this summer, and the inaugural theme is “What is Generation Z thinking?!” SOFA seeks to answer this question by featuring some of “today’s teens,” including…me! They highlight some of my photos, as well as photography from other artists you may recognize, like Reuel Lara. Other issue highlights include a selection of anonymous text conversations between LGBTQIA* teens exploring their gender identities, a photo series that follows five Berlin teens, and interviews galore. The magazine is set to be published semi-annually and each issue will shed light on a different “tantalizing, terrifying, tantamount or taboo topic.” So far, SOFA Universe is diverse in content and a good read! —Lauren Tepfer

The Life and Death of Sophie Stark
Anna North
2015, Blue Rider Press
The story of Sophie Stark is convoluted, often jolting, and personally disorienting. Its title character doesn’t ever appear in first person. Instead, the novel is constructed in segments from the points of view and paradigms of the people Sophie impacts throughout her life. We see her progression as a filmmaker, an artist, and a human. The novel explores her triumphs and tribulations while navigating concepts of success and ambition. What makes this book so thematically interesting is how the reader watches Sophie observe and represent the subjects of her films while she is being treated as a subject herself. The chapters, which mimic film scenes, are non-linear and focus unabashedly the lived reality of Sophie’s closest relationships. Sophie is fascinating, frustrating, and emotionally unavailable. We see her from perspectives that often conflict with each other and thus reveal the complexities of her character and being. The book tackles the common mythology that surrounds brilliant, cult-favorite artists as being impenetrable in their avant-garde lifestyles and personas. It dismantles this in intelligent ways by showing the real and tangible pain mental illness can create. Even if you aren’t someone who thinks much about how you are perceived by others, this story will make you question and examine how, as social beings, we relate to and exist with each other. —Emily Wood ♦