To mark the release of her new album A Seat at the Table, the artist sings the first song she ever wrote. 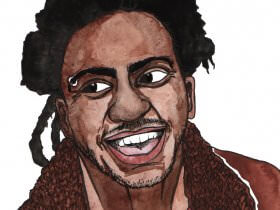 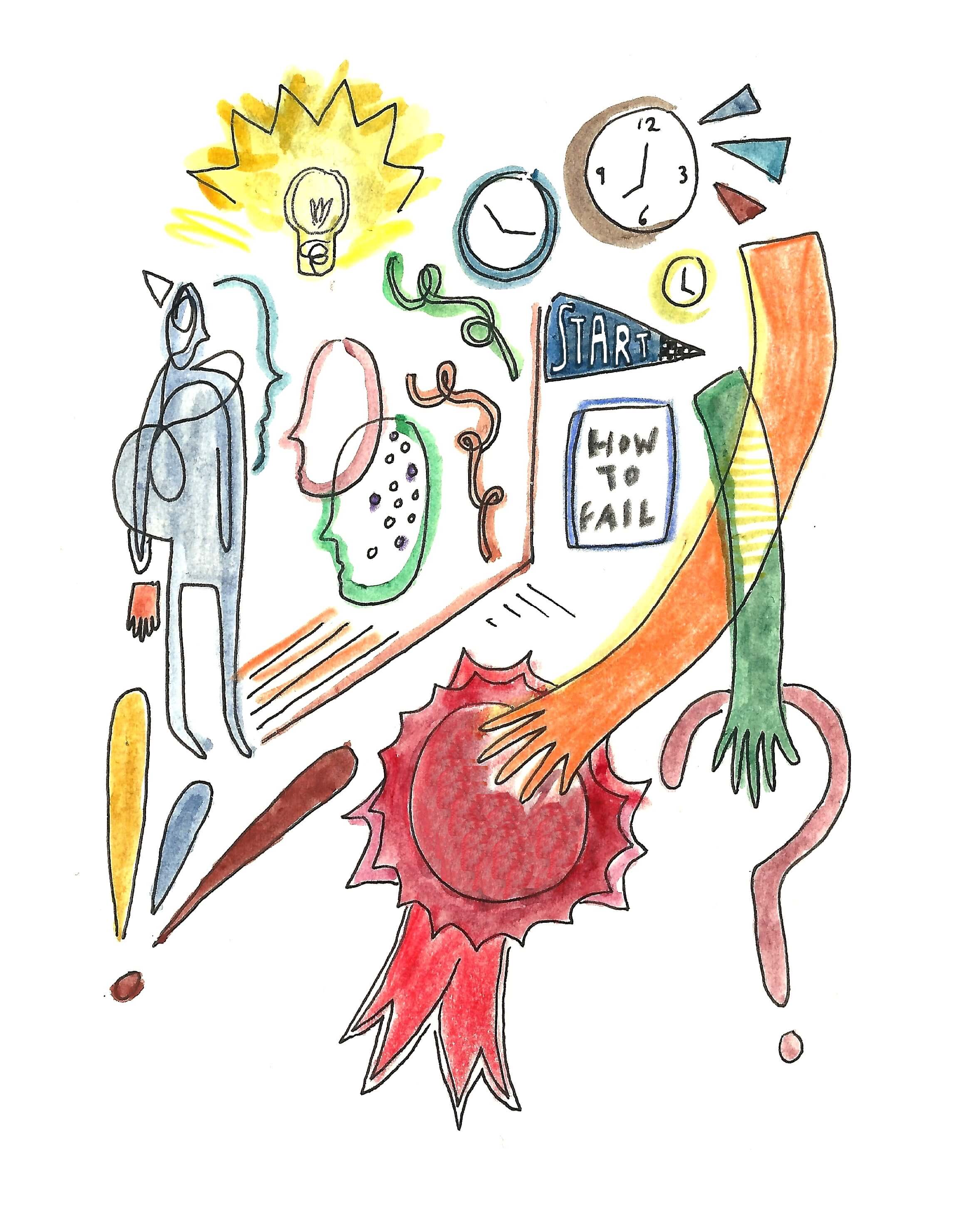 Last night, Solange Knowles released A Seat at the Table, her fourth studio album. The LP is a luminous exploration of the love, grief, anger, weariness, healing, elation, and pride that comprise blackness. A Seat at the Table feels deeply personal, but it is also a blending of voices—evident in the complex harmonies on each track, and appearances from Lil Wayne, Kelela, Sampha, Solange’s parents, and Master P’s narration. If you haven’t heard it yet, please doooo thaaaaat. And then poke your head out of that sonic cocoon to listen to one of Solange’s first songs—which she sings right here as part of First Drafts, our series dedicated to creative people facing their “mistakes” and early versions of their work, and talking us through the insights they’ve gleaned from that process:

Solange spoke to Tavi about Rastafarianism, creative complacency, and her journey through pop and country music toward ever more honest songwriting. 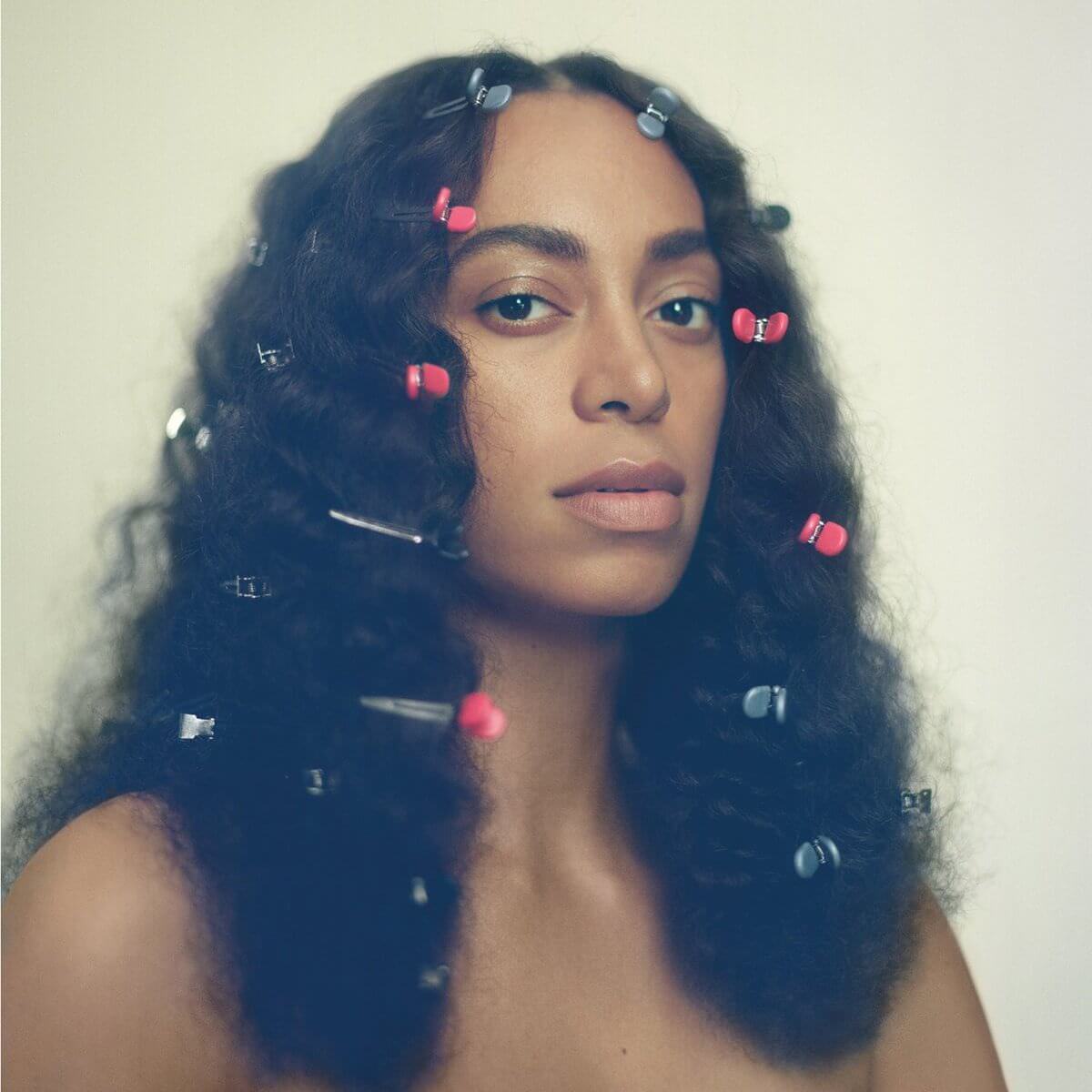 TAVI GEVINSON: What is the first thing you ever wrote?

SOLANGE KNOWLES: The first thing that I ever wrote was a United Way jingle.

[Laughs] Basically, there was some school contest in Houston where thousands of kids got to enter a contest to write the United Way’s new jingle, and I think I got second place out of five thousand kids. I remember the song very vividly. It was really simple. I was trying to have connectivity with United Way’s mission. It was: [Singing] “Sharing is caring! Caring is sharing! Caring is helpful! Caring is simply the […]. Helping is…” I don’t remember that part, but I do remember the last line was, ”So fix it the United Way!” I was in third grade. It was a life highlight, if you can’t notice how giggly I am. [Laughs]

You wrote so much as a teenager, obviously. When you look back on that work now, what do you see? What quality or detail do you look back on and think, I still have that? That was where that started?

What’s really hard is that I actually feel like that there’s a sense of honesty that I have chased since I wrote those songs at 14 and 15 that I have not been able to capture in that same way. There was a sense of bravery in my lyrics in a way that I would be self-aware of now—borderlining too poetic where it’s cheesy or it sounds too predictable. During those early days of writing, I never, ever thought that, and I honestly feel that my lyrics were so much better.

Do you feel like that about stuff that you wrote?

I find that, yes. Sometimes I go back and edit something, even if it’s from a few days ago. In the editing I get so picky, and then I end up going back to the original: I was saying what I meant already. Why did I need to perfect it? I definitely look back on some stuff from years ago, and I’m very embarrassed. Do you have that?

No, I’m so not embarrassed. I am so proud. I obviously did some mega, mega, mega embarrassing things outside of writing, that I wish I could take back ten times over. But I remember being 13 and going to Kingston. I used to dance for Destiny’s Child when I was 13, which is insane. [Laughs] I essentially would tour with them as a backup dancer. They had a show in Kingston. My mom was the perfect balance of giving me the allowance to explore and experiment, but also knowing when it was time for me to come home and be supervised or chaperoned. But she let me kind of explore. I remember walking around, and I ran into some Rasta guys who were having a drum circle ceremony. They were reading and talking and praying. Like most of society, I didn’t really understand that Rastafarianism was a religion, and I didn’t really understand the culture outside of what pop culture had taught me about Rastafarianism. I actually started to speak to them, and they told me that it was the premise of the religion, but also the culture—the idea that your body is a temple and how much clarity you gain when you take care of yourself in that way, spiritually and physically. I was really moved by that.

When I went home, I was constantly writing, whether it was songs or melody or poetry or essays. I wanted to be a writer. I remember going home and studying and reading so much about Rastafarianism and having an awakening creatively. I actually went full throttle and became vegetarian and cut off all of my hair and, you know, went through the whole experience, which I don’t think was true to myself at that time. Obviously, now that I’m grown, I look back and see that’s not who I was, that was something I thought I had to obtain in order to showcase my depth, or what I thought was my depth at that time. But, I will say that throughout that process, my writing became so, so strong and so, so crisp, without a sense of consciousness.

Once I got older, and I got my first love and I was a teenager who wanted to party and have fun and do what teenagers do, I wasn’t practicing as much. I wasn’t as focused. I started to see that there was something that was really easy for me, in terms of writing, a certain writing style that I could do without much challenge. I honestly became very complacent for a very long time. It probably lasted for about three or four years. I’m super proud of that time, too, because I love, love pop music, and I love writing pop music, and I love experiencing that part of myself and how it makes me feel and not having to think and just having fun. But I did fall into a place where I had a formula as a writer, and it was just second nature. I kind of lost my craft. I let that happen for quite some time.

Then, one day—I lived in Idaho, which is a whole other story—I started listening to the storytelling of country music. It blew me away. I grew up in Texas, but I never really had that connection with country music, sonically. For the first time, I was listening to the songwriting and lyrics, and I was blown away. Like, “You need to get it together. These people are writing the hell out of these songs, and you have really fallen off.” Even though I knew there was nothing I was going to do with the songs, I started to write country music, exclusively, for probably about four months. That was the way that I broke the rut that I was having for years. Even though I knew it had no benefit in terms of me actually putting these songs out. I tried to sell a few of them, but that world is very political, and I didn’t really try that hard. I always tell that story to young writers, because sometimes you have to literally step completely out of your comfort zone, even if it feels absolutely that it’s not gonna progress you in your journey as a writer, even if it’s just for yourself. Those songs have never heard the light of day, but they really, really, really renewed my writing. Really interesting, how that works.

Who were the country artists who you were listening to?

I was actually listening to a lot of Garth Brooks. That was a classic. There was this song called “What Hurts the Most” by Rascal Flatts. That one was really, it really fucked me up to be honest! I was like, “Damn!” The words were so simple: “What hurts the most is being so close.” The way the whole song was orchestrated. There was another song called “Live Like You Were Dying” [by Tim McGraw]. You didn’t get to the hook until the very end, but it said all of these things that he wanted to do. At the very end, it’s actually really sad, you realize that he was dying and talking about all of the things that he wished he had done. It was the most pop of the genre, for sure. It really, really shook me up: Whoa. I’ve been really lazy. So, that’s that.

What advice would you give to someone with writer’s block who is scared to even get started?

I suffer from writer’s block, and the best thing that works for me, that I could ever do is not give up if there’s any glimmer, hope, or magic there. Even if it’s just one line, revisit it. If it doesn’t work the next day, come back, come back. Some of the best songs that I’ve written, when I started off writing them, I had no hope. I had nothing, but maybe one line that I really loved. Some people feel very differently about that. They feel that it’s a rhythm, if the momentum isn’t there, that doesn’t equate magic. I feel very differently. I feel, sometimes, magic has to be worked at and you have to work hard for it and conjure it up yourself. I would say don’t give up easily. Take some space. I wouldn’t say what I had was writer’s block, but I certainly had a writer’s rut. Going for something that was completely outside of my comfort zone—sometimes, you put the pressure on yourself: “OK, I have to write this great thing.” And the way that I approached writing those country songs was like, “I just want to see if I can write something good!” You’d be surprised when you alleviate the pressure, and you really make it about challenging yourself and going to that next level, what can happen. ♦