“Why do some Toyota Highlanders look like Billy Bob Thornton?” 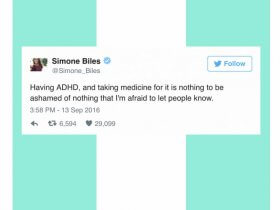 Daily Links: Nothing to Be Ashamed of Edition

It feels like there’s nothing new in the world. Maybe it’s because I lack the know-how to break the mold, but imagining something never having been done before seems almost as impossible as imagining a new color.

It’s almost laughable how much this seems to happen to me. I’ll be sitting around and suddenly have an idea that is AMAZING, revolutionary even, but a quick run through Google shows me that it’s been done or failed at once by someone else already.

I’m in awe of my fellow humans: When I see people around me who are going right, somewhere else in the world they are going left, and somewhere even further away they are going in a circle. People have tried things that may have sounded absolutely ridiculous in their own time but are staples in today’s society. A good example of this is the airplane. The Wright brothers failed, they failed but they kept trying. You hear it time and time again. Harry Potter was rejected lots before becoming a household name. I read this morning that the show Stranger Things was rejected by 15–20 networks before being picked up by Netflix. I tend hear another one of these facts after every time I failed something.

It’s mind-boggling to me, because they didn’t know that eventually they would succeed. I wish I felt motivated to keep going every time I failed something, but, to be completely and utterly honest, I don’t. Sometimes I go into a situation ready to face whatever comes to me with an open mind, and then, after the speed bump, I decide it’s not worth it. I could blame that on my being a Taurus, but if I’m not sugar-coating things, it’s because I get lazy sometimes. Perhaps both are true. I’m still looking for that failure that turns into a success story; I have a feeling it’s going to take a lot of tears and hard work. ♦