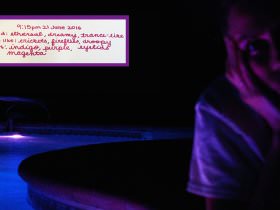 In July 2013, after the acquittal of George Zimmerman in the killing of Trayvon Martin, Alicia Garza posted “Black people. I love you. I love us. Our lives matter, Black lives matter” on her Facebook page. Since then, Black Lives Matter has grown tremendously, the hashtag being used to bring awareness to police brutality and other forms of violence against black people. Black Lives Matter has played a vital role in bringing these issues to mainstream media and starting important dialogues about anti-black racism in America and around the world.

Although the movement was started by queer black women, there tends to be a lack of intersectionality in the news that we share about these injustices, most of it centering on straight, cisgender men. Since young people are such an important part of this movement, I asked a few black teenagers who also belong to other marginalized groups, for their thoughts on Black Lives Matter, and how we can work to make it more inclusive.

Ayah Abdul-Hadi, 17, is a Muslim-American woman from California. We have attended school together for the past two years and in that time I’ve been fortunate to witness her talents as an activist, spoken-word artist, and designer.

UGOCHI EGONU: What does blackness mean to you? How have your experiences affected that definition of blackness?

AYAH ABDUL-HADI: It’s pretty great being black, even when it’s hard to get people to understand the struggle. But for me, blackness can mean different things in different situations. At home, it means that I’m loud and that I always have something to say. But in the rest of the world, when someone sees me they automatically have assumptions about how I might act, or what my personality may be before actually getting to know me. Plus, I’m a woman and there’s already discrimination [against] and marginalization of women. On top of all that, being Muslim has a different effect, because people usually see Muslims as being from Saudi Arabia or the Middle East—not black. They don’t realize that many countries in Africa have Muslims, and have Islam as one of the main religions. So that’s something that I struggle with, especially within the Muslim community.

Do you ever feel like the different parts of your identity collide? How and where do you find the intersection?

It’s not a huge collision, it’s more like brushing against each other and trying to make different parts of me all work together. Being black in a community of majority Arabic speakers—whether they are Muslim or not—can be difficult, because they may be low-key racist: People already have these negative ideas about having darker skin. People will sometimes be like, “Are you Muslim?” And I’m like, “I just came to the mosque and prayed next to you! What do you mean am I Muslim?!” Sometimes, within the black community, people will have certain expectations of me based on how I look or the fact that I’m Muslim. And sometimes I’m just not in the right state [of mind] to talk about those things. So I would say that I deal with all these different identities by having an understanding of who I am and not letting people’s perceptions change that.

How do you think the Black Lives Matter movement can be more inclusive to all black people?

It really has to do with the different communities that they’re reaching out to [when organizing protests]. For the Muslim community, we need to do our part to reach out to the Black Lives Matter movement, too. We can’t just leave it all to whoever is organizing the protest. Of course, using more inclusive language [would be good], but we also need the communities that would like to be represented to reach out and have spokespeople and people who are willing to bridge those gaps. I myself might reach out and say, “Hey, there were three black Muslim boys who were shot. Why aren’t we talking about them? Why aren’t we working to get their stories in the media?” It’s really important to have these conversations, not just among those who don’t have firsthand experience, but also within our own communities.