We recommend a creepy series about digital life, a twisted fairy tale of a movie, and more. 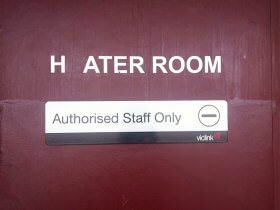 As a teenager in 2016, living life without digital access seems almost unthinkable. Sharing ourselves and our lives online is liberating, fun, and exciting; but sometimes, oversharing can also be risky. Awesomeness TV’s new web series, [email protected] explores the dangers of making everything about yourself public on the internet. With a plot similar to ABC’s Pretty Little Liars, [email protected] is about three girls who each receive strange, threatening messages from someone named Monkeyman. I was introduced to the show after finding out that YouTubers Lia Marie Johnson and Claudia Sulewski were a part of the series. A new episode is released each Tuesday and is usually about 12 minutes long (which is never enough for me). [email protected] is thrilling, mysterious, and most definitely a must see! —Lauren Tepfer

Maybe it’s because Olympic swimmers move like mythical underwater people, or because there is a gender-swapped Splash remake in the works, or simply because of the stifling mid-August heat, but the aquatic life—particularly surrounding mermaid/merpeople culture—is where it’s at. That said, I was recently deceased over this refreshing Chinese movie called The Mermaid (translated from Mei Ren Yu), available now via Amazon. It just might be the twisted fairytale you didn’t know you needed. In this super-wacky slapstick sci-fi comedy, a young, charismatic mermaid plots to take down a greedy, ocean-destroying entrepreneur, except (you guessed it) they fall in love in a tragic, Shakespearean way. But The Mermaid isn’t a typical rom-com. All hysterical laughter aside, I’ve never seen a flick confront environmental issues in man-versus-nature-style with such sharp wit. (I should also warn you: There is some sea life violence in a few scenes.) But in all, The Mermaid is refreshingly fun. I recommend watching it while it’s still swim season. —Jinnie Lee

As of Monday, you can now download the second season of Black-ish on iTunes. The hit comedy will be back for its third season this September, and I for one am very excited. As the last quarter of the year draws near, we are reminded of the moments that have shaped 2016, including a presidential election rife with sexism, racism, fear-baiting, and capitalist mongering that even George Orwell’s Animal Farm couldn’t comprehend; heightened police violence against black bodies; and a mass shooting that left the LGBTQIA and Latinx communities reeling. To say it’s been a tumultuous eight months would be an understatement. The sharp, trenchant, and easy-flowing humor of Black-ish is something that can help alleviate some of the tensions of this year, and also offer commentary on current issues happening around the world.

From the show’s onset, the writers of Black-ish proved that they are more than able to delve into sensitive topics and create narratives that not only resonate with their audience but also help start conversations. Their topical second season episode, “Hope,” which addressed anti-black racism and police violence in America saw Anthony Anderson’s character, Trey, passionately confront the ways blackness is still vilified in the U.S. He talked about black people always being hyper-vigilante, worried for their lives, and he used Barack Obama’s historic 2008 presidential win as an example. He described the emotions surrounding Obama’s win, the joy that threatened to be overshadowed by the fear that this young, black leader would meet the same fate that so many young, black leaders met when they dared to place themselves in positions of power. In this episode, the show perfectly articulated the fears that still haunt black people living in America, and it did it with respect, it did it with love, and it did it with heart. The series has also addressed the nuances of saying the N-word, class privilege, and even gun ownership, all while throwing in enough punch lines to ensure viewers were entertained as they were made “woke.” The next season kicks off on September 21st. Revisit the magic on iTunes and get yourself pumped to once again be hanging with the Johnsons. —Tarisai Ngangura ♦