Ruth B: The Intro

“Hopefully, everyone else likes it. If not, too bad. It’s my music.” 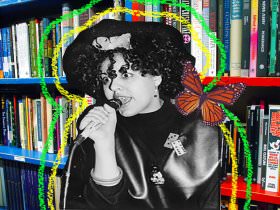 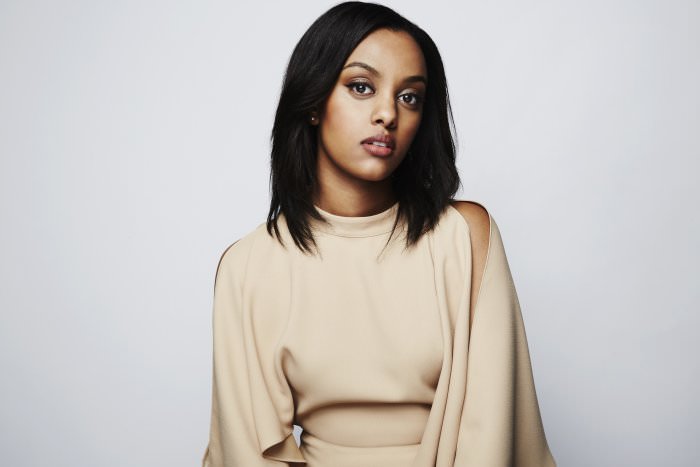 Photo courtesy of Ruth B.

Ruth B got her start in music by posting clips of herself singing on Vine—the platform that has paved the way for many a career. It started with a six-second cover of Drake’s “Shot for Me.” From there, with a newfound audience encouraging her, she moved away from covers to snippets of her own songs—most notably, “Lost Boy”, the first song she’d ever written. The song, one of four on her 2015 EP, The Intro, has since become a video that’s garnered millions of views on YouTube. Recently, I called Ruth up to talk about the process of making her EP; her upcoming album, scheduled to come out this year; her hometown of Edmonton in Alberta, Canada; and “keeping it honest, real, and vulnerable.”

TAYLER MONTAGUE: What kind of music did you listen to growing up?

RUTH B: I really loved Lauryn Hill, the Beatles, Ed Sheeran, and Stevie Wonder. Those are some of my favorite artists. “Signed, Sealed, Delivered, I’m Yours” is my favorite Stevie Wonder song.

Would you say you grew up in a musical household?

No. I mean, all of my family loved music, but I wouldn’t call us, like, a musical family. I was really passionate about it on my own, but we definitely love and appreciate music.

Did you always want to pursue a music career, or did you slowly move in that direction?

It was always my greatest passion, and I hoped that it would happen for me. It was always one of those things where, growing up in Edmonton, it never seemed like a realistic option to pursue as a career. I was just happy about it being my hobby. I had always hoped that one day it’d be more than that.

How would you describe your hometown?

It’s pretty much your really regular city. If someone said the word “city” to you, Edmonton would be exactly what you picture. Great place for a family, pretty flat. Not much going on, but it’s home.

Did Edmonton have any kind of music scene at all?

I wouldn’t say the music scene is massive there. There are a few local bands and whatnot, but I wouldn’t call it a musical city.

Was “Lost Boy” the first song you’d written, or had you been writing songs all along?

I was always really into writing stories and poetry, but I didn’t write music until “Lost Boy.” That’s when I put writing and music together for the first time.

It was really fun and really fast. I wrote “Lost Boy” in, like, 20 minutes when I actually sat down to write it. I think it was one of those things where I put the idea of writing and music together, and it became instant. It was almost a spiritual process. I didn’t even feel like I was writing a song, it just happened.

When you’re in that process, is there anything specific you need?

For the most part it’s a pretty simple setting. Me, pen, paper, and a keyboard.

You’re signed to Columbia Records. How did it feel to sign your first record deal? That’s huge.

It was really great. Overall, it felt really validating and cool that people in the business thought that I could do it, not just my friends and family. It was really nice. That was a really exciting time for me.

How’d you celebrate getting signed?

It was right around my birthday, so I kind of did the birthday thing plus a little congrats cake I got from my friends and fam.

Vine was a platform you were putting snippets of your songs on, right?

Yeah, Vine was a huge platform for me.

Did your Vine fans kind of push you to pursue this, or did you think it was inevitable that you’d be posting songs on YouTube?

No. I would’ve never posted anything on YouTube if it weren’t for people just asking me to. I would’ve never written “Lost Boy” if people hadn’t asked me to. Pretty much, all the comments I was getting were people saying they wanted to hear more of the song: “We wanna hear “Lost Boy.” So really, that’s the only reason I put it out.

Your EP has a song called “Superficial Love.” One of the lines that stood out to me is, “I’m not perfect, I’m flawed.” Is vulnerability integral to your songwriting?

Yeah! That’s the main key. Keeping it honest, real, and vulnerable. The best songs are when you’re keeping it as stripped back as you possibly can. So I definitely try to incorporate that into my writing.

Now that you’ve been touring, what are your touring essentials?

I need my laptop and my backpack—I’m not really into purses. I always carry a backpack because I feel like there’s just more room. The most important thing is lip balm, sunglasses, and water.

What are you listening to as you travel?

I listen to anything that I’m vibing. The other day, I put out a tweet that was like, “Hey guys, send me some songs that you like.” I’m gonna make a new playlist, just because I’m sick of my old playlist. Whatever people are talking about, but for the most part, just old school Beatles and Lauryn Hill.

Did you discover any new music when people were sending their recommendations?

Yeah, I did! I discovered an artist named Jon Bellion but a lot of people were tweeting me to check him out. I’m in the UK right now, and that’s literally all I’ve been listening to! He’s great.

Are there any cities you hadn’t been to prior to touring that you enjoyed visiting?

The one that always comes to mind is New York. People from Edmonton see New York as, like, Hogwarts or Narnia—I mean you hear about it, but is it actually real? So once I got there, I remember being like, “Oh my God!” It’s exactly what I thought it would be and more. It doesn’t seem real until you actually get there, and now it’s one of my favorite places.

What’s next for you? An album?

Yeah, I’ve been working on my album. I just finished writing it. Hopefully getting that out there soon. I’m excited to have people hear a different side of me.

Are there any themes you’ll explore? Are you working with outside producers? I know you produced your whole EP.

Yeah, I did. For the album, I’ve done all the writing myself. I have one outside producer who’s producing it. His name is Joel Little. As far as themes, it’s just kind of an excerpt of my life in the past two years that I’ve been writing. There’s not a specific theme, I don’t think. It’s just a bunch of stories that I’ve been through, that my friends have been through. Things like that.

What’s the process of creating this album, versus creating your EP, like?

It was really similar in the fact that I didn’t make it as an album. I wrote the songs in the course of the past year, so I didn’t know I was making my album. When push came to shove, people told me, “You need to make an album,” and I had the songs ready. It was the same with the EP—I didn’t have to write for it. It’s different in the fact that I have a lot more people who know me now, and a lot more people who are gonna listen. That’s a little more added pressure, but I think it’s been really fun. Both processes are really fun.

How do you navigate that pressure, especially now being signed to a label? I’m sure they have their expectations and you have your own expectations?

At the end of the day, you just have to come to terms with making yourself happy, and then hopefully the people around you will be happy as well. That’s been something I’ve learned. When I’m making music or working in the studio, I just have to kind of stick to what I like and I love. Hopefully, everyone else likes it. If not, too bad. It’s my music.

What advice would you give to people creating their own music in terms of having the confidence to put yourself out there?