I didn’t want to be an individual, I wanted to be understood. 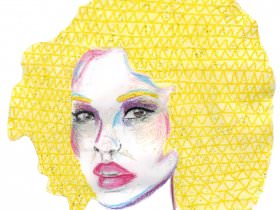 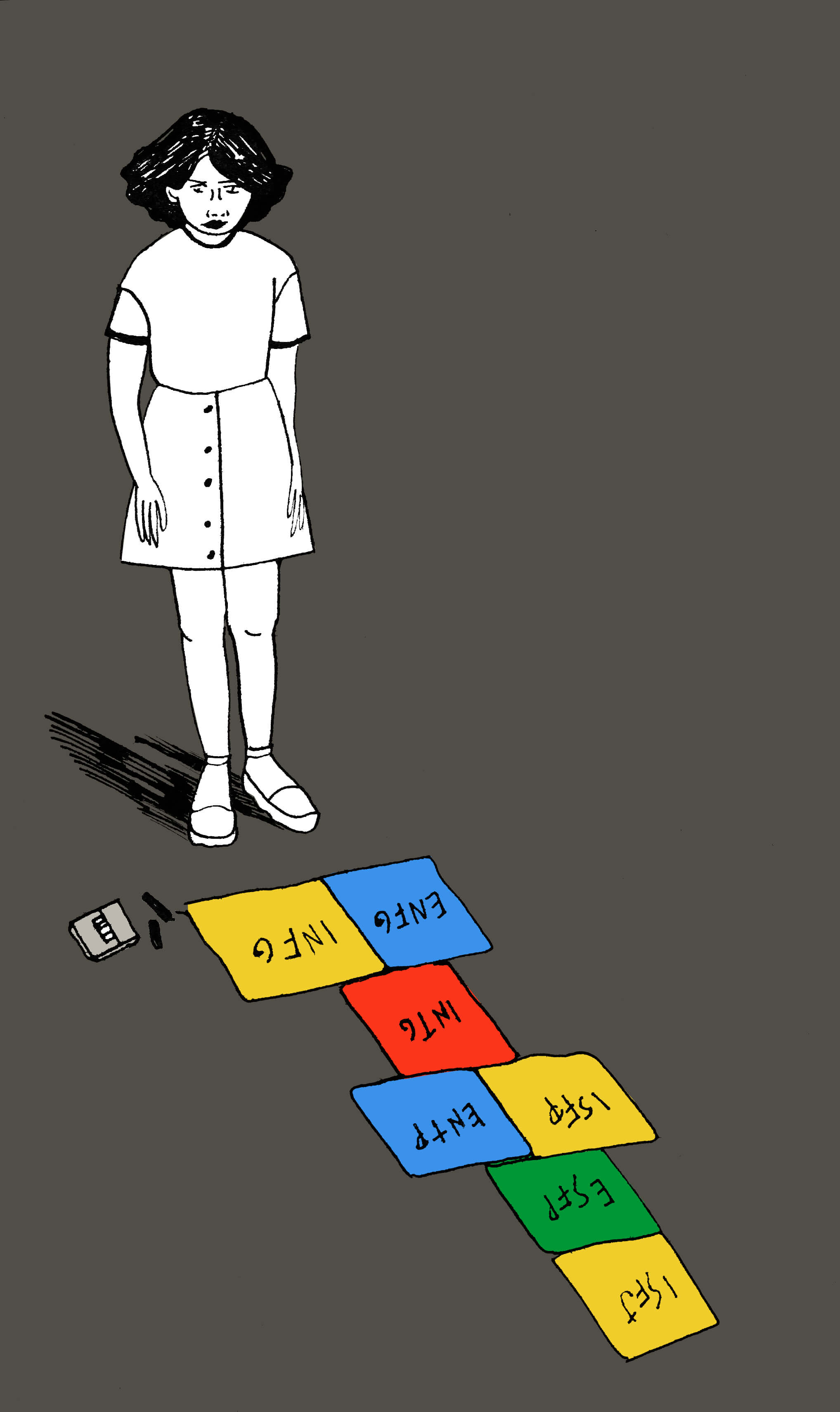 In the depths of a romantically rose-tinted bedroom, I have clicked personality tests posing timeless questions such as, “What Taylor Swift Music Video Describes Your Life?” in an attempt to understand what’s going on in my own head, or who I am. But before the internet and BuzzFeed quizzes, there was the Myers-Briggs Type Indicator—quite possibly the most famous of all tests relying on the taker’s subjective answers to multiple-choice questions, and still the most utilized to this day.

The test was created by a mother-daughter duo, Katharine Cook Briggs and Isabel Briggs Myers. The system is based on what Carl Jung considered the four cognitive functions influencing human perception and behavior, which the test organizes into dichotomies—extraversion/introversion, sensing/intuition, thinking/feeling, and judging/perceiving. The idea is that, in each person, one takes preference over the other.

Once the test taker finishes answering the series of questions, they’re given a “type” consisting of four letters representing each of the cognitive functions that dominate their personality. For example, I am an INFP: I am introverted, intuitive, feeling, and perceiving. After you’re given your type, the MBTI gods give you the key to your soul by describing how each of your dominant functions corresponds with the others to form your beliefs and worldview. It then goes deeper into how this affects your romantic relationships, friendships, and even divulges what careers are best suited to you.

There are thousands of other personality tests on every topic imaginable that will sort you to your hearts content. They take a variety of forms and lend themselves to many motives. MBTI is often used in the workplace and for employment purposes. It’s sometimes administered to high school students as a way to gauge where they might find success in the future. And then there’s the novelty variety that appear in pop culture and across media purely for entertainment—thanks to the internet, anyone can make a personality quiz based on any criteria they desire.

I like to imagine that the history of the personality test holds its own weight, that it wasn’t always a concept destined to end up as click bait, or even as Harry Potter mythology. Part of me craves the comfort that comes from being folded into a category that tells me exactly how every human ticks. I have clung to the dream that there are others who share the same results, and therefore feel, breathe, and live in the same way I do. The fantasy has always been to find another half via these categorizations and pseudo-scientific methods. My desire to have a tailor-made soulmate on the basis of a shared test result is perhaps as unrealistic as the tests themselves.

My relationship with personality tests is long-term. We have been committed to each other since I decided in my over-inflated sense of importance that I knew stuff that other people didn’t, and that if others didn’t like me they could promptly get out of my face and leave me to my brilliance. As a kid who was “gifted” and “precocious” in the arts but socially stunted, I have to some extent felt alienated and disconnected from my surroundings. My coping mechanisms weren’t always healthy, often consisting of crying about how I hardly had friends, or dreaming that I would someday find my other half and we would click together like two halves of a hair barrette. I didn’t want to be an individual, I wanted to be understood.

The first personality tests I completed were with my sixth grade friends in the magazines Seventeen and the now defunct CosmoGirl (RIP) with titles such as, “What Construct of Patriarchal Femininity Makes Boys Like You and Want To Tell Their Friends You’re ‘Bangable.’” With our fingers tracing the lines on the paper leading us to our fate, we would read out our verdicts excitedly in hushed voices. I moved on to more profound quizzes quickly, and around the same time, I began obsessively scouring the internet for people I dreamed of being and modelling myself after them. Every time a test told me I was creative or intelligent, another part of my fabricated, fake-it-till-you-make-it persona felt like a piece of reality.

The problem I faced was that the deeper I acquainted myself with these ideal descriptions of myself, the more I began to effectively “other” people whose results differed from mine. In a perverse way, the I more I knew about what the oracles behind the tests attributed to my being (creativity, empathy, idealism, thoughtfulness), the more I frowned upon those who didn’t understand what I stood for. Instead of celebrating differences, the only people I wanted to immediately surround myself with were those who aligned with my “type.” The appeal of division is that you have a home and an identity to melt into. Although I didn’t actively discriminate against people who didn’t share my interests, I didn’t reach out to them as much as I might have before I became entrenched in obsessively compartmentalizing people.

Although learning about yourself through filling in the blanks of an MBTI test can be entertaining, they are not accurate measurements by which we can determine someone’s full capabilities. Using tests to sort people into categories in job application processes or even on the job can be ableist and classist, since the tests value some skills more than others, and their value depends on who they are attached to. I has been argued that personality tests have been concocted in order to justify a less obvious form of selective discrimination.

Among the issues raised repeatedly against the consistency and quality of the work of the Myers-Briggs dynasty, is that those who take the test often lack objectivity and skip right to concocting an ideal version of themselves to be sized up. Once the results tell us how special and worthy we are—with a light padding of “you sometimes care too much about others” as our sole flaw—the image presented to us becomes immutable. There is a mythology to back it and a longing to justify its use, plus some rhetoric that vaguely overlaps with psychology (and even maybe a hint of science, but not more). It’s delicious and addictive. It isn’t real, but it seems like it could and should be.

The border between fabrication and reality is so easily permeated it hardly exists. Reality TV is frequently devalued for its failure to offer substantial reflection of real peoples’ lives, but the bodies on the screen are real bodies marketed to real people. Films aren’t reality, but don’t those who create them sometimes leave our reality in the stories and characters? The ideal isn’t common, but it is real. Our lives are shaped by the idea of perfection, and only morph as we change shape and course along the way. This is how I look at MBTI: It is the reflection of what we can only hope we may be, existing in a vacuum and at a reasonable distance from failure.

This, I think, is the persistent appeal of personality tests. They create a dream of a perfectly ordered world, one where everyone is understood and understands, and where pods of people exist in harmony doing what they’re best at. It’s a silly and childish fantasy, but it’s one that I can’t help but hold on to. Maybe it’s the INFP in me. ♦