It’s Not That Simple

I can’t uncritically support Hillary Clinton, not even for “the greater good.” 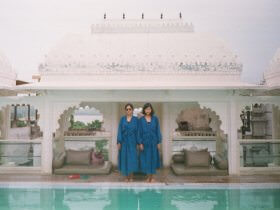 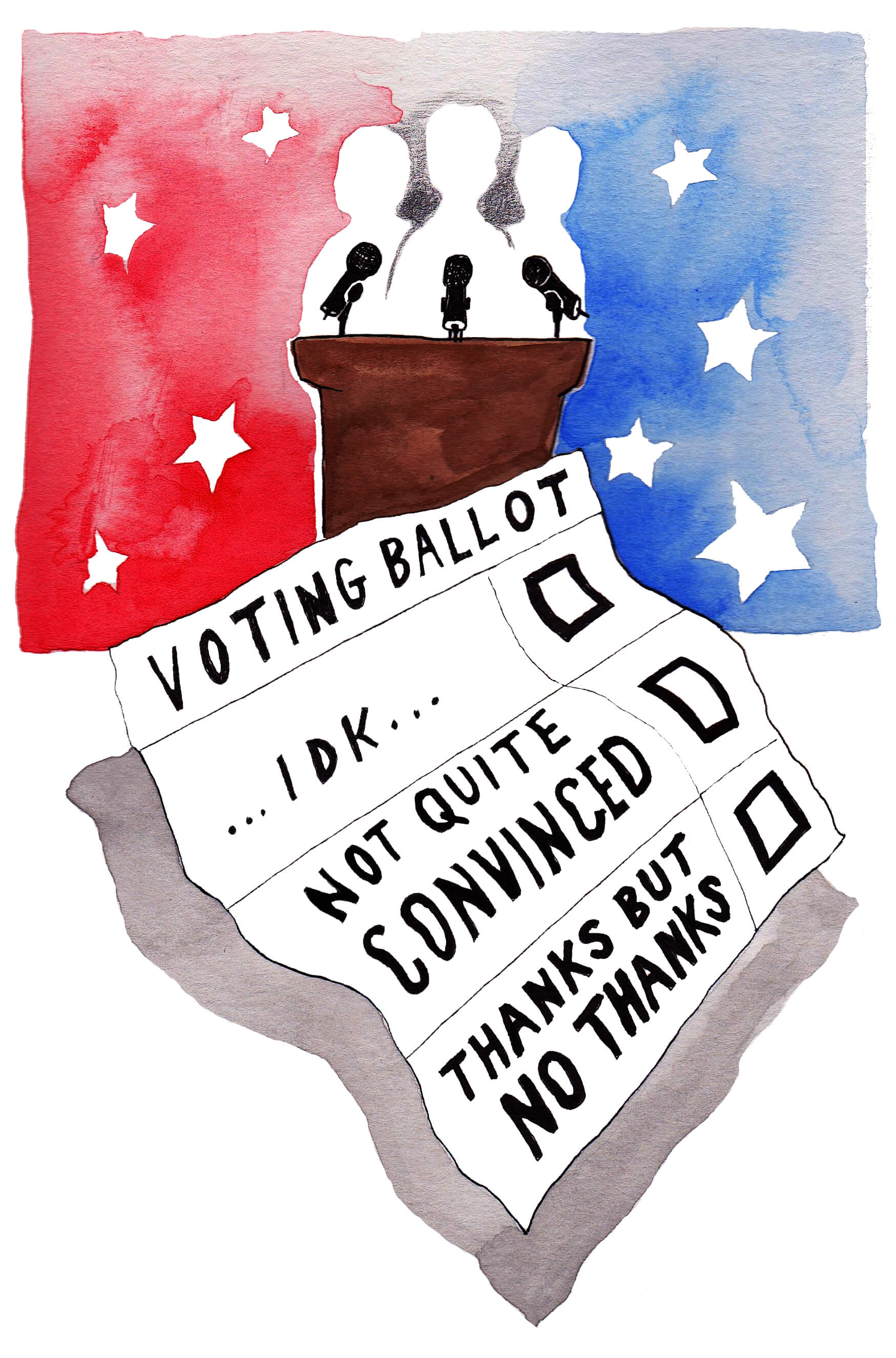 So, here’s the thing: I don’t like Hillary Clinton. I haven’t really liked her since she started pandering to Black people at the beginning of her campaign, dancing and talking about hot sauce, and making jokes about “colored people time.” It felt tone deaf. It felt disingenuous. I don’t like Bernie Sanders either, and didn’t even when he was still in the running for Democratic Party nominee, and the Republican Party nominee Donald Trump is definitely not an option. My initial hope that Obama could somehow stay in office for another term intensified once the potential candidates began competing for nominination. None of them stuck out, or even grabbed me the way he had.

I’m not 18 yet, but discussing electoral politics already stresses me out, especially as I’ve become more aware of sexism and racism. I’ve discovered that many people get angry when I disagree with them, even if it’s politely. When I try to discuss my fears about Hillary Clinton, many of the people I talk to shut down. They don’t want to hear it, because Trump “might actually ruin the country.” I usually feel comfortable discussing racism, even with white people who have the privilege to turn away from the conversation. Discussing this election is different, though, because those on the political left feel comfortable telling me that I have to ignore racism “for the greater good.” If I feel so stupid and small when just discussing the issues close to me, I can’t imagine how I’ll feel when I can finally vote.

I’ve struggled with these feelings so much since watching the Republican and Democratic National Conventions. Both scared me, but for different reasons. The RNC was terrifying because it brought together many of the people who support Trump, and I realized just how much these people hated me without even knowing me. I know that racist and homophobic people exist in the world, but seeing them all come together is terrifying. They’ve become even more thrilled about their hatred because of encouragement from the Republican candidate.

The DNC was different. Instead of Melania Trump plagiarizing a Michelle Obama speech, the First Lady appeared in person. Instead of “white elevator” signs, people of color had platforms. It wasn’t perfect, but it felt a lot more representative of the people living in this country, seeing as there was discussion of mental illness and far more Black people present than at the RNC. Since diversity is something I often advocate for, I thought seeing it here would make me happy. Instead, the DNC made me uncomfortable, as did people’s excited reactions to it on social media.

I can’t help but feel that politics is a white man’s game. That sounds horrible, I know—maybe I think this way because I’ve heard family members express similar ideas. When people start talking about how it is our duty to vote, I don’t say anything. Honestly, I’m not sure if my mother and father’s votes matter. They don’t vote for their candidate of choice by ballot, instead they vote for which party from our state—Democratic, Republican, et cetera—gets to vote for the president. But even if the candidate they want gets elected, will they advocate for people like my parents? Although I don’t expect each candidate to be perfect, I’ve found myself hoping that they’d commit to ending police brutality, that they’d acknowledge racism, that they’d make my life better. I know that they can’t solve all of those things. I worry there’s a good chance that they might not care to.

I’ve come to realize that Obama’s election in 2008 was a magical time that cannot be replicated, at least not for me. I was eight years old, and I didn’t realize how much having a Black president would affect me. I didn’t know anything about politics. I just knew that his daughters were so pretty. I loved the way he smiled, the way he spoke. He reminded me of my dad. Michelle Obama reminded me of my aunt. I remember my parents’ excitement, my grandmother watching his inauguration with tears in her eyes. I think about that often, how my grandmother and her family were almost booted out of a neighborhood for being Black, how my father’s family could trace their family line to slaves. We hoped and dreamed, my ancestors longer than I, but we couldn’t have expected a Black president. We, as a people, have learned not to; a coping mechanism.

I’m supposed to feel the same way now, with Hillary Clinton—at least according to white people on Twitter celebrating her nomination as a victory for “little girls” and women “everywhere.” Now their daughters can grow up to be whatever they choose. Women have been taught not to expect that one of us could ever land the White House, unless we’re standing two steps behind a man. I still remember an episode of Zoey 101, in which a character says, “Girls couldn’t be president. They’d see that they have a pimple and drop a bomb somewhere.” People haven’t believed that women could do it. Despite knowing that Clinton has proved all of the people who think like that character wrong, I still don’t feel the same as I did when I was eight.

Hillary Clinton is the first female presidential nominee of a major party in United States history. I can’t deny that she’s a badass, a woman who knows her stuff. Her huge platform means that she’s dealt with misogyny all over the place, and much more publicly than the average woman would. She is experienced and qualified: She was U.S. Secretary of State 2009-2013, and First Lady from 1993 to 2001. I do have respect for her. I just wasn’t excited when she started running.

I don’t feel powerful, the way I did when Obama was elected. I don’t feel pride. Back in 2008, I thought that racism was over. I thought that Obama being president meant that I could do anything that I wanted to. I felt that the journey of Black Americans had finally reaped some benefit. I think differently now. I know that racism is alive and well, even though Obama has been president for most of my childhood, and my feelings about his presidency are more complex. I’m grateful to have spent much of my childhood with Obama in office, and I’m sure that having a Black First Family in the White House has influenced my love for myself as a Black woman. At the same time, I wonder about how much of an impact Obama has actually had on racism in this country. We have a Black president, but according to this Washington Post database, police still killed at least 258 Black people in 2015, and 136 Black people so far this year.

I listened to President Obama talk about police brutality at an ABC News town hall in June, and found myself getting frustrated at the way he presented the issue as if police and Black communities have a simple misunderstanding. He spoke as though Black people did not understand the hard work that police put into their job, and that, if we showed more appreciation, the issue of murder by police would fade away. I couldn’t understand if he didn’t believe in the fundamental power imbalance or institutional racism that weighs down our police system. With each statement I examine, a piece of the person I idolized is torn away.

I know now that no president is ever perfect, that no human being should be idolized, and that no matter who is elected we must continue protesting and working for justice. I know that my life would be a significantly worse if Donald Trump were elected, since he opposes marriage equality and would appoint Supreme Court Justices to overturn the ruling granting it, and because he doesn’t believe that Black lives matter.

I also know that Hillary Clinton isn’t going to make things better for me just because she’s a woman, because I’m not just a woman: I’m also Black, I’m also queer. If Hillary Clinton is elected, I’ll still be afraid whenever I’m around the police. If Hillary Clinton is elected, I’ll still be afraid to come out to family members and explain my sexuality. People will still think that I’m unprofessional for wearing my natural hair. The glass ceiling isn’t broken, at least, not for me. Sure, a big portion has been punched out. But there’s still so much work to be done—for women of color, Native women, queer women, trans women, women with mental/physical disabilities. I find it difficult to be excited about Clinton when I look on my Twitter feed and see so many examples of “white feminism” alongside the #ImWithHer hashtag.

Women are saying that they’re so excited for their daughters, they’re so glad that we’ve reached this moment. They’re saying that the ceiling has been broken. It probably has been, for them. It just hasn’t for all women. It’s just not fair to claim that Clinton has or will change the lives of all women. She has inspired many, sure, but there are still obstacles for us that Hillary Clinton and other white, straight, cis, able-bodied women do not face. This is one of the moments that we’ve worked for. It’s also a moment that the suffragettes have worked for, women who wanted to improve things exclusively for women who looked like them. The so-called original feminists were white, excluding women of color, the same women who are still ignored to this day.

Nevertheless, this is a moment that Shirley Chisholm, who made history as the first African-American woman elected to Congress in 1968, laid down the foundation for when she ran for president in 1972. Chisholm also created a foundation for Barack Obama’s election in 2008. However, the moment that she worked for hasn’t come yet. A Black woman has not yet made it as far as Hillary Clinton in an election, despite the fact that many have tried.

Chisholm tried to break ceilings for women like me, and it’s difficult to see her erased in this narrative of Hillary Clinton’s success. During her presidential campaign, she survived assassination attempts, and had to sue in order to be included in the televised debates. There weren’t people proclaiming that they were #WithHer; she had to fight so hard to be seen.

Part of what my grandmothers worked for, and what women who kick ass every day work for is representation—the assurance that we can do anything. Despite all of my reservations, I feel some of that when I look at Hillary Clinton. The fact that a woman has made it so far in a presidential race is not insignificant. Although there are still so many steps to take, so much work to be done, I can’t help but be a little excited. There’s a chance that there could be a female president. Of course I’m excited. It just isn’t that simple. It never is. ♦