A classic novel, a diary, and poetry just for you. 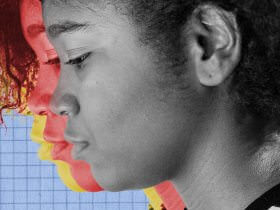 The Joy Luck Club
Amy Tan
1989, Random House
The Joy Luck Club is a whirlwind of mystical wonder and deep-seated emotion. The book alternates between the stories of four daughters and their mothers as they compare and contrast their lives. The daughters, raised in the U.S., complain about their unconventional upbringing and how it affects the way they navigate present-day dilemmas such as careers, marriage, and death. They recall “strange” rules and unwavering pressure from their moms to be the best at something. (One of my favorite stories is that of Waverly Jong—a child chess champion who quits competing because her mother’s bragging annoys her.) The mothers’ accounts and explanations for their behavior are just as intriguing and heartwarming. They are sad that their daughters have become “more American than Chinese,” and describe their early lives and what they were doing when they were their daughters’ ages. Their tales of hardship, and of sinister spirits threatening to change their way of life, help you make sense of the mothers’s behavior and their reasoning for their actions. The intertwining of perspectives—on conflicts and past-life experiences—is what makes this book so enjoyable. It’s almost like watching families argue with each other across time and space about their dreams, and about how to grapple with modern life. Neither generation can truly see how similar it is to the other, but they keep each other going. —Thahabu

The Diary of Frida Kahlo: An Intimate Self-Portrait
Frida Kahlo, Carlos Fuentes, and Sarah M. Lowe
2005, Abrams
If there is one thing Frida Kahlo taught me, it is that no one is you, and that is your power. The Diary of Frida Kahlo: An Intimate Self-Portrait is a document of the last 10 years of Kahlo’s life, through her own illustrations and writings. Filled to the brim with scans of her journals, it feels almost too intimate to look at. There are paintings and writing enveloped inside, as well as collages and old photos of Kahlo herself. Scribbled in watercolor, pen, makeup and more, words become colors and the colors become patterns as Kahlo creates a pool of stories circling one another. Words like amor and muertes swing across the pages where speckles of her partner Diego Rivera’s name are scattered across. It’s an insight into how much love and death impacted her being. My impression is that Kahlo realized that it didn’t matter where she ran off to, or what new place she went to live in. New scenery won’t bring profound new happiness, because wherever you go, you take yourself with you. In a sense, Kahlo’s journals seem to be the building blocks of her existence. This is a book that I go back to time and time again to feed my creativity. —Kati Yewell

What the Living Do
Marie Howe
1999, W. W. Norton & Company
I was introduced to Marie Howe’s work through her poem “Magdalene—The Seven Devils,” which has a commanding, conversational tone that I find magnetic. I kept finding myself reading the poem aloud to friends over dinner or before binge-watching a TV show together, smiling at the same lines—usually when she contradicts herself again and again. Because I was so drawn to this poem, I was worried to read a book of hers—I didn’t want to have the magic of “Magdalene—The Seven Devils” ruined for me by the disappointment that’s possible in reading a larger selection of work. I resolved to power through this overly thoughtful fear and read Howe’s 1998 book of poems, What the Living Do. It was far from disappointing. The book broadened my understanding of what’s so brilliant about Howe—her ability to capture mortality in a way that is somehow understanding of its crushing reality yet also playful. Each poem in the book is so touching, but the one I feel most drawn to is called “Beth,” named after her sister. The last few lines of the poem are some of her most sharp. They read: “How had she learned to love a boy like that, without irony/or condescension?” —Rachel Davies ♦