She’s a punk pioneer who changed the game. 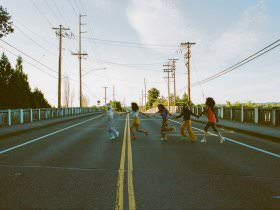 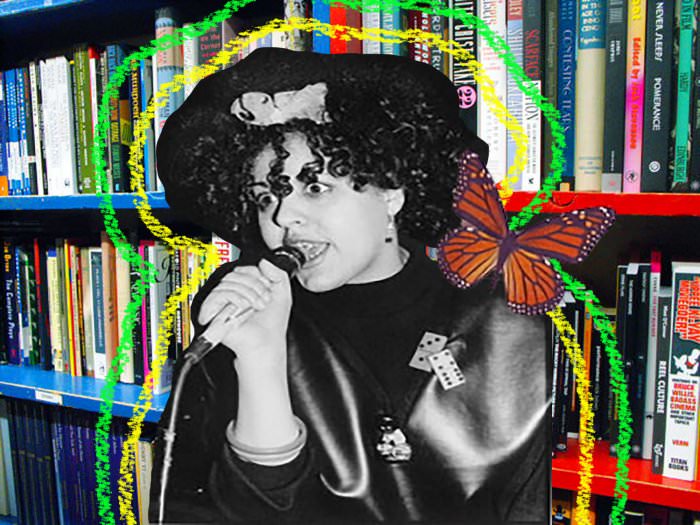 On November 15, 1977, Poly Styrene was 20 years old when she was interviewed by Molly Meldrum, an Australian music critic, in a miscellaneous London garden. She’d recently been dubbed the new it girl of the punk and new wave scene, still fresh from the release of her band X-Ray Spex’s first (and most popular) single, “Oh! Bondage, Up Yours!” But if she let the underground success get to her head, you wouldn’t know it. With the camera trained on her, she looked slightly uncomfortable, sinking into her large army green jacket, hiding her downcast eyes—and pink eyebrows—behind a series of short, dangling braids. She was hot and cold, seemingly uninterested in the self-indulgence that journalists may rely on to avoid feeling like interrogative torturers. But she humored him and ended her responses with a noncommittal shrug or a burst of giggles. And then…

“Do you think you’re a rebel in today’s society?” asked Meldrum.

Poly smiled, gazing skyward before answering. “I mean, yeah, I suppose I am a bit.”

I wish I could say that this is just one of several interviews you could easily find online as you become acquainted with X-Ray Spex’s sprawling discography. I wish Poly Styrene were a widely known icon for generations of punk lovers. It would be great to wax poetic about how X-Ray Spex was a mandatory part of my early punk miseducation as a pre-teen. I wish that Poly was still around.

But the truth is that beyond a few YouTube videos and articles, their interviews are hard to find without digging through arcane internet archives. X-Ray Spex only released one album—1978’s Germfree Adolescents—before going on a 17-year hiatus. Quite frankly, in music journalism, Poly Styrene often isn’t revered as the pioneer that she truly was. Usually, X-Ray Spex’s legacy is stumbled upon by chance, as opposed to promoted by punk’s male, white gatekeepers. Poly Styrene died on April 25, 2011, aged 53, from an aggressive form of breast cancer, not long after I discovered her music.

But Poly Styrene is still a woman worth knowing, and X-Ray Spex is a band worth immersing yourself in. If you don’t fall in love after hearing:

Some people think little girls should be seen and not heard
But I think
‘Oh! Bondage, up yours!’

Pardon the cliché, but Poly Styrene wasn’t your average punk. Born Marianne Joan Elliott-Said, Poly was a mixed-race (half-black, half-white) woman in an ultra white, ultra male-dominated genre. She had round cheeks and massive braces, which were largely functional but had an aesthetic purpose, too. After attending a Sex Pistols gig in the summer of 1976, she was inspired to create a band of her own, which led to the formation of X-Ray Spex. In an industry that seemed to require sex appeal for women to be successful, Poly was vehemently against being turned into a sex symbol. While we know that a woman in the music industry can be sexually charged and have agency at the same time, let’s keep it real: This wasn’t the era of fourth-wave feminism. Thought-provoking Tumblr posts, Instagram accounts representing marginalized bodies, and viral Twitter hashtags might inform the way many of us approach sexuality, creativity, and empowerment today. Needless to say, things were a little more limited 40 years ago. Besides, the music industry is full of rampant sexism now, so you can imagine how seedy everything was in the ’70s. For context, Poly started X-Ray Spex roughly the same time that teen-girl rock band, the Runaways, made headlines like “Teenaged, Wild & Braless” and “The Sex Kittens of Rock.” It’s easy to see why Poly wanted to avoid becoming a play thing for the male gaze.

X-Ray Spex didn’t really sing about romance or sex anyway. For all the punk purists who insist that Real Punk™ is about politics, it’s amazing that X-Ray Spex’s anti-consumerist ethos isn’t given the same attention as that of the Sex Pistols (a band that also only had one album in their prime), the Clash, the Dead Kennedys, and others.

I mean, just check out the lyrics to the song “Plastic Bag.”

This might all come across as heavy-handed because so many of us have been overwhelmed with this kind of commentary in the social media age, especially in activist circles. Can we really challenge our deeply ingrained social norms, like body hair removal? How much do ads control us? Are even the most “woke” among us willing to distance ourselves from our most basic comforts, no matter how problematic they are? For a musician to ask these type of questions— let alone a young, black, British woman in 1977—was really something.

This cynical spirit lives in Poly’s namesake; that, too, acts as a cheeky social commentary. When asked by Meldrum why she chose the name Poly Styrene, she said, “I thought I’d use a name, something about today: plastic and synthetic.” Just like polystyrene. 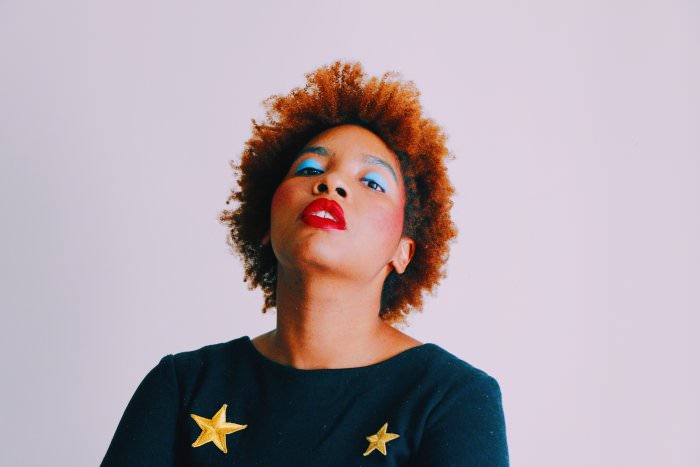 Poly’s look wasn’t considered conventionally sexy, but it was one that was all her own. Much like the title of X-Ray Spex’s song “The Day the World Turned Day-Glo,” Poly’s style was like a Day-Glo clusterfuck wonderland. Bright makeup was paired with equally bright and outlandish clothing—from thrift shop finds that could have been in grandma’s closet, to avant-garde, oblong leather-like sacks paired with helmets. When I watched the video for “Identity” the first time, I was struck by how much my own personal style synced with Poly’s. I turned into an absolute heart-eyes emoji, convinced that this was my kindred black weirdo spirit. With a ton of pink blush, a strong lip, and bright, contrasting eyeshadow, I tried to do what Poly did so well: Make the outlandish look spectacular. My makeup application was messy, but that matches up to punk’s “fuck you, status quo” nature, right? (Also, I’m just garbage at applying makeup). I wore my hair in a ’fro, threw on a second-hand dress, and voilà, an ode to Poly.

Still, I appreciate “Identity” for more than just its aesthetic. The lyrics have always resonated with me, too.