The Gifts He Gave Me

Even when you know someone you love is dying, there is no way to prepare for it at all. 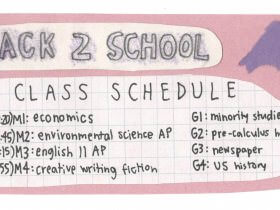 “What’s the capital of Kenya?”

“What’s the capital of Ghana?”

What started out as a simple game between us slowly began to expose my ignorance of geography. I was eight years old and my uncle on my father’s side, or adeer in Somali, was living with my family in Toronto at the time.

“My God! What do they teach you in school?!”

“We only learned the capitals of Canada and Europe, not even all of Europe, and some States,” I said.

Adeer frowned. “They can’t only teach you about the Western world. That is only a quarter of the planet. And besides, you’re a Somali child. You need to know not just your country, but the continent your country is within.”

That was the beginning of when my uncle became my after-school teacher in a curriculum he planned. From ages eight to 12, I went to school to learn and every day I came home to unlearn with my adeer. He taught me the major cities and capitals within Africa, GDP, imports and exports, and subjects that were more a little more interesting to me—like East African history and geopolitics. Most importantly, my adeer taught me critical thinking—to see what the hegemonic stories are, to question them, and to create and learn outside their gaze. One way he would remind me to do this was by saying, “Don’t just ask questions, ask the right ones.”

There is a famous statement from the Prophet Mohammad (pbuh) who often said to his followers, “Seek knowledge from the cradle to the grave.” This is a statement that some Muslim patriarchs, in regards to educating girls, may ignore. However, my adeer was one who lived his life instilling this praxis into all his daughters and nieces. He would tell me and my sisters to never stop learning. And his personal favorite half-joke, half-serious one liner to us from kindergarten all the way to high school was, “Make sure you get your PhD!”

Adeer was a man who lived many lives. He was a civil engineer in Somalia, Eastern Europe, and the Middle East; and a business owner in Toronto. As a hobby, while applying for a permanent residency in Canada, he wrote and self-published a Somali-English dictionary. This was the length of some of his ambition and the length of his own quest for knowledge that he was passing on to us. This is how he lived before he got sick.

In the cold Toronto spring of 1998, when I was 11, Adeer caught pneumonia that wouldn’t leave him for months. He was referred to a doctor who told him there was an experimental medication they could try. It hadn’t been tested much, and he had to sign waivers that he would not take legal action against the doctor or the hospital in case of further sickness or death. My uncle was desperate for anything to work, the way most people are when they get sick for a long period of time, so he signed. He was OK for a couple of weeks, and then he started getting sick again, but this time it was a different type of illness.

He started to have moments where walking became difficult because of severe cramps. Sometimes it would be a weird stiffness in one leg, or a twitching in the other. His speech would slur for a few moments when he’d talk to us. For months, he went to so many doctors who told him he was fine, even though we all knew he wasn’t. There was something deeply wrong and we didn’t know what it was. Finally, he went to a doctor who diagnosed him with the early stages of ALS, or Lou Gehrig’s disease as it is also known.

Adeer told us that it was a neurological disease that affects the nerves that make muscles move. He didn’t tell us there is no cure, he didn’t tell us that when people are diagnosed with this disease they have about three to 10 years at most to live. I found this out myself. This was before the internet had reached most people’s homes, so I went to the library and printed all of the articles I could find on ALS. I learned very quickly that even when you know someone you love is dying there is no way to prepare for it at all.

From that point on I was inconsolable, quietly falling apart internally. I was moving through life knowing my beloved adeer was dying, while simultaneously becoming a teenager. I’d talk about my crushes on boys with my friends, while secretly realizing my growing attraction to girls. And then, just like that, I would remember that early last month my adeer lost the use of his legs and I would hate myself. The guilt and shame of having a “normal” life while my beloved adeer couldn’t, that everything went on as he deteriorated, drove me to self-loathing, depression, and finally nihilism. For a large chunk of my life there was no one I hated more than me.

Each time I forgot then remembered my poor adeer, he lost the use of something else; his voice followed and with that his ability to swallow. He was no longer as mobile so we went to visit him more. Our conversations consisted of him writing on a communication device and me responding verbally; he still had all his mind faculties. It’s a pernicious disease where the mind stays intact and witnesses, without any control, the body deteriorating. A prisoner in a body that continues to fail agonizingly until death. I knew the person who was having the worst time of this was my adeer himself.

When his deterioration increased, all of my prayers were to let my uncle die quickly and painlessly. I even did the thing that everyone does to the point that it’s a cliché, I tried bargaining with God, which didn’t work. It hardly ever does. It only exists as the last hope for the truly desperate.

In November of 2001, when I was 14, one month before my 15th birthday, Adeer died, three years after his first diagnosis. Even though we all knew this day was coming, we still weren’t ready for it. How do you even begin to prepare yourself for something like this?

The self-loathing from that time period was and is something I’ve had to chip away at for many years and unlearn. But the self-loathing wasn’t the only unwanted visitor, it brought with it its friends shame and guilt—feelings that girls, especially Black girls, can often be raised on. Working through my own guilt and shame is a lifelong practice of being gentle with myself. It means quieting those harsh voices in my head that measure everything I do and forgiving myself again and again.

As a young woman I became an educator within many communities. I educate students collaboratively on subjects such as geography and mapping the stories of the African diaspora, race, gender, and identifying systemic and interpersonal violence. I’ve also learned a lot from the students who I have taught over the years.

One of the most foundational things that I’ve learned is that education is a lifelong process that only ends when we pass on. And similar to learning, grief is also a journey. It can change and over time can shift back to what it was when the death just happened. Grief is always a shock when it first comes in the immediate aftermath of the loss, however as time moves, it becomes a part of you. A foreign body within your own body that you learn to recognize and live with. You don’t stop loving people after losing them. And most often you don’t stop having a relationship with them either, it’s just very different than what it was when they were living.

Learning and educating are two of the many ways I remember my adeer. These ways are also how I still have a relationship with him. I remember the stories, the heated debates, and his encouragement. I remember him as an educator and see why education was so important to him. Education was something he wanted to share with the next generation, so that we, too, would share it with the generation after us. To this day whenever I step foot in a classroom either as a student or educator, I bring him with me. ♦

Zahra Suleiyman is a Black, Muslim, queer writer based in Toronto by way of Somalia.