The premiere of a bouncy new video and a chat about how Toronto’s “like, the place to be!” 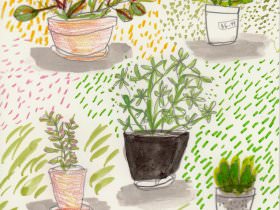 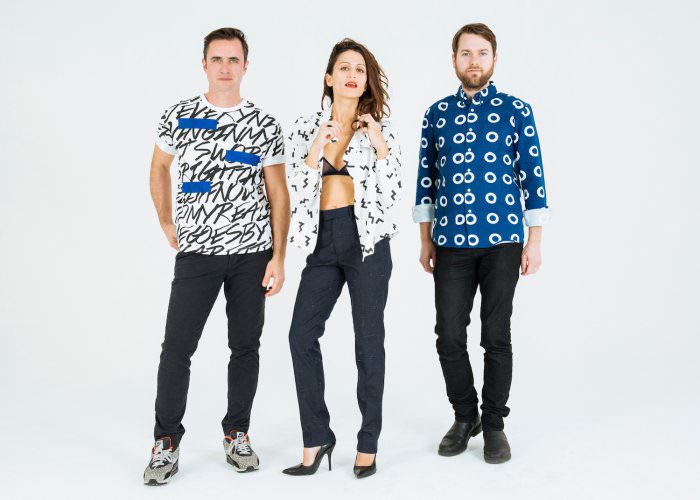 Dragonette is an electro-pop band from Toronto. You may know dance anthems of theirs like “Easy” or “Pick Up the Phone.” Their music is fun but also mysterious and inviting. It draws me in and makes me wonder, What more is in their enchanted world?

Today, we’re excited to premiere the bouncy video for their most recent single, “Lonely Heart:

Last week, I called up singer Martina Sorbara to chat about the video, high school, Drake, Toronto, and more.

ALYSON ZETTA: First of all, let me just say how much I loved the video. Honestly. I was just watching it, and it’s such a piece of art! Like, it’s just art, you know?

MARTINA SORBARA: [Laughs] Thank you! It was so fun to make, and [director Sammy Rawal] is a real artist.

Were you involved in the concept behind the video?

[Sammy] worked with another director who does a lot of stuff with repeating, like, gifs. So when we were checking him out, we were hoping that he would use that style. Other than that, he had this idea of using a rotating camera and layering. When he was explaining the layering to us, I was like, “I kind of don’t know what you mean, but all right.” It turned out really great, and it was really fun.

Yeah, it certainly looks amazing. I’m very into symbols, and I was wondering while watching what the pink person represents?

[Laughs] His name was Buzz and he was just an awesome dude. Yeah, I don’t know, I think he was left to his own devices, dressing up however he wanted. There’s this Instagram account I am obsessed with that has people who just dress in one color. So Sammy and I were kind of jiving on that. That was the information Buzz was given for the shoot. So yeah, that’s where that came from.

Ugh, so awesome. Was this shot in Toronto?

I know a lot of creative people from Toronto, and Canada in general. How do you feel that the creative scene there is different from the scenes in New York or Los Angeles?

Hmmm…I don’t really know how to answer that.

How is it being a Canadian artist working—or breaking into—the American market, and becoming familiar with that kind of audience? Do you feel a little bit separated, or can you say it’s worked out?

Yeah, I think it’s inherent, as a Canadian, to feel a little bit isolated. In Canada, music is a market funded by the Canadian government, so to go from a place where it’s funded to where it’s not—it certainly feels gratifying. Not that Canada isn’t enough, but it’s a pretty small market and it’s hard to know if you’re doing well. There’s so much support, you know, with the granting system, that you kinda lose sight of your warrant, or what you’re doing. Coming [to New York,] it was a much tougher audience, and we were kind of gobsmacked at what happened. That was the beginning of us feeling like, “Oh yeah, we earned this and we can do this.”

Is Canada where you grew up?

I’ve never been, and all my ideas about what it’s like are full of just what I have seen on TV. How has the environment there affected you and impacted your creative vision?

Oh, I find that such a hard question because I really don’t know what the alternative is! I have to be influenced by my surroundings, but I’m not very good at pinpointing it.

It’s OK. This is me just wondering about “the outside world.”

Well, come to Toronto, it’s like, the place to be! That’s what Drake says, anyways.

So, I always have to ask: What were you like in high school?

I was awesome! I don’t know, I was a little…I was writing music. I had a twin brother, so our groups would join together and just make one big group. I was always bad at math and good at music and art.

As you would imagine.

How did you decide that you wanted to pursue music as your main focus? Did it always just feel like that was the only way?

Yes. It was. Well, for a second I thought I wanted to go to art school, but that’s because I thought that I had to go to school. And when I didn’t, I started playing shows. The only other job I really had was making coffee.

And cleaning up bars.

Which I enjoy a lot, by the way!

I was just talking about this with a friend. They called it “paying it back.”

[Laughs] Yeah, you can’t always do what you want.

Yes! How do you think that the video, in particular, shows your evolution as an artist? How have you evolved as an artist? Obviously, this is your newest creation, and your newest song. How has that journey been?

Our band started as something we weren’t taking very seriously. At the beginning, the music was kind of a way to act outside of some of our other musical careers. As we kept making music, we started paying more attention to what we actually wanted to play. I think it became more important to have. I was writing folk music before this, and I didn’t think then that pop music and folk music shared anything. It took me a little bit to realize that there was something there, and that I could still create something meaningful in the format of bigger, louder, heavier music.

Definitely. I have been looking at your stuff all day!

[Laughs] That means a lot!

Thank you so much! ♦