What Friends Are For

My constellation of soulmates is transformed with the passing of time. 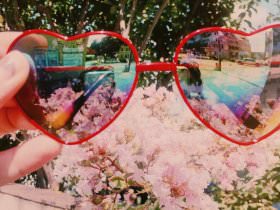 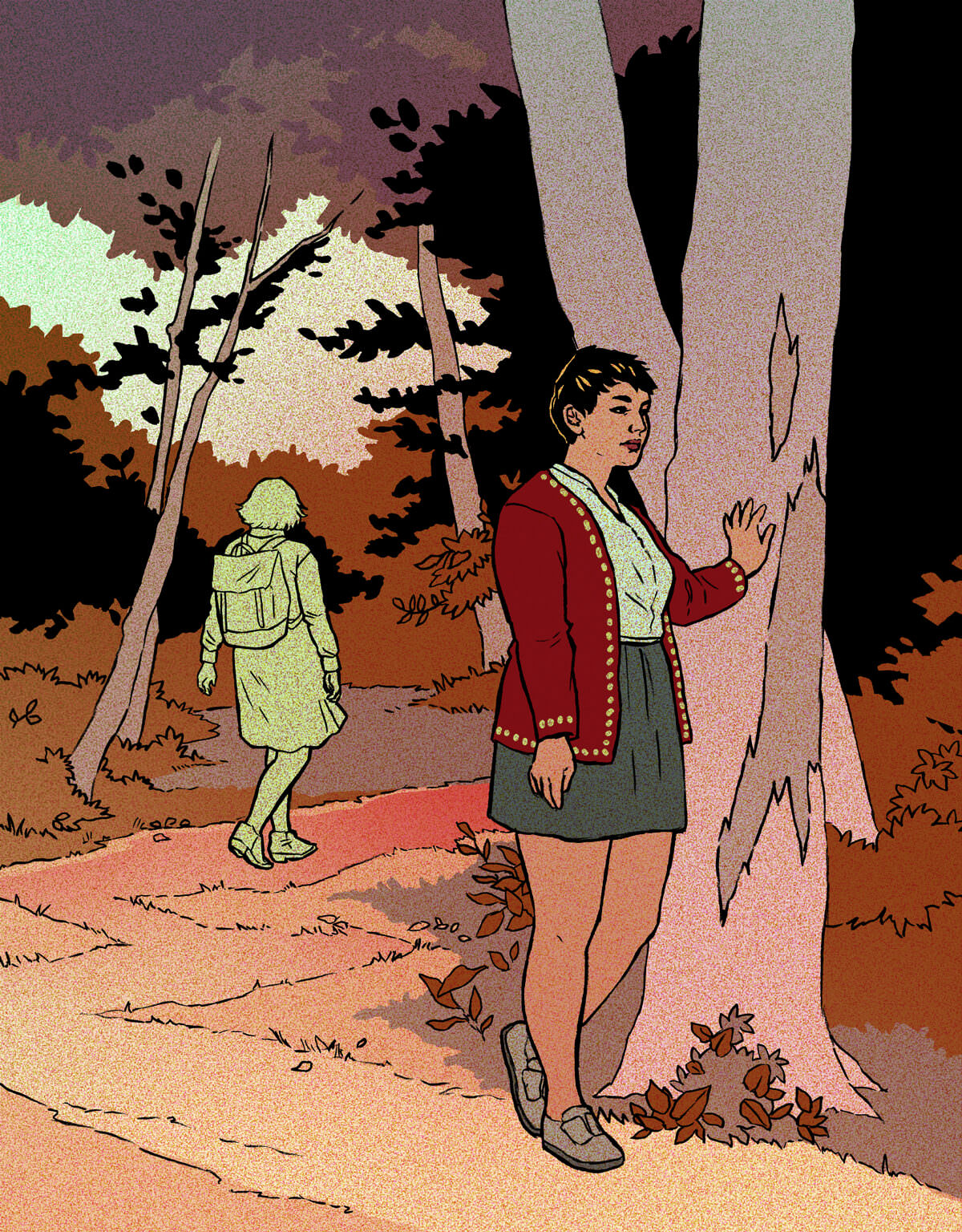 Before I hit my early teens, I wasn’t quite sure what friends were for. There were kids in the apartment building whom I played with every evening, and classmates at school who were good for the occasional laugh. Emotionally, I was as close to them as the stray dogs I ran around with and sometimes tried, with little success, to bring back home. A decade in the future, I’d eventually go on to find a canine soulmate, decisively settling the question of whether dogs had souls that resonated with my own. At the age of nine, though, such philosophical quandaries were the last thing on my mind. Kids were pals, dogs were pals, and books: the greatest pals of all.

It wasn’t until fifth grade that I formed the kind of personal connection that would signal the end of childhood and send me spinning down the expressway toward individual consciousness and growth, the formation of a personality, and the demarcation of boundaries that we collectively know as adolescence. The world, once a motley of strange adventures and stranger faces, all to be taken in voraciously, had now begun to coalesce to a select few confidantes, keepers of secrets I didn’t know I had, human sounding boards on which to bounce off rapidly developing ideologies about life and the possibilities it held.

One particular confidante stood out from the rest: Shreya, who read as much as I did, and held everyone around us in a sort of benign contempt. We passed underhand notes and smirked at inside jokes, we babbled to each other on the phone for hours with homework as a pretext. It was a tentative best-friendship, seldom acknowledged aloud. We were counterpoints, Shreya and I, she had the smarts and I, the bad girl cred. For two years, our unlikely duo sat side by side in class, eating each other’s sprouts (hers) and sandwiches (mine) for lunch until middle school spelled an end to our camaraderie. Shreya eventually drifted off to distant, studious circles and I made my way toward rebellion. As friendships go, ours lacked the epic note that I would come to associate with being someone’s best friend. Its significance lay in its novelty: This was the first time I’d managed to form a connection on my own, independent of my family and the path they’d chalked out for me.

Shreya’s successor was harder to let go of. Shia and I found each other at 13 and spent the rest of our teens in an off and on, quasi romantic, emotionally intense best-friendship. United by a love of classic rock and breaking the rules, we saw ourselves (us, it was always “us”) stretching far into the infinity of our 20s and beyond. Through some stroke of irony, we did end up at the same college, except in different years and with friends who had nothing in common. The only time we attended a lecture together, we barely acknowledged each other’s presence and sat far apart chatting with different people. Back in my first year, our devolving friendship had led to many a stricken tear and agonized yowls of grief on my part. Shia had been the ultimate of BFFs, the light of my life, the object of my incipient sexuality, the formation of my consciousness. How could I know who I was anymore if my guiding principle had gone missing so far in the deep? She was the first human I’d been naked with, the person I sought refuge in the day I ran away from home, my soul-sister who helped me escape my mother’s venom. Shia: my first love.

At 18, we made a pact to lose our virginity after a night of partying and a whole lot of tequila shots. We ended up in adjoining rooms at the empty flat I’d recently come in possession of —Shia with the guy who’d eventually be her partner, and I with a 23-year-old musician whose face I no longer recall. We high fived and hugged each other the morning after, heady with the rush of finally having “done it,” and done it together. The disappointment of being poked and prodded as I lay still on the mattress throughout the night was all but erased in our triumph of being connected in this momentous rite of passage. My exhilaration had little to do with the sex, it was all about her, about us stepping into what felt like the next stage of adulthood hand in hand, by each other’s side, as we always would.

It took me less than a week to let go of any delusions that musician dude would stick around after that damp squib of a performance. I never expected Shia to follow suit, even if she took considerably longer to fade. It happened over months, years in fact—not that the time taken made the distance any easier to handle. That one night had changed the universe irrevocably, just not in the way I’d predicted. With the prospect of a newfound romance, my once-inseparable companion suddenly had a novel and exciting outlet in which to pour her energies. And as a large and increasingly larger chunk of her life became inaccessible to me, so did the rest of her. This is nothing new because it’s a tale as old as friendship. For women, especially, it’s expected that once we have a man in our lives, all else is irrelevant. I saw it happening all throughout high school, even more so at college.

Once in a while, some known face at the periphery of my circle would drop out of all existence, only for it to transpire later that she’d come in possession of a boyfriend. It was a covert understanding that boyfriends would not only demand all your time, they had every right to lay claim on your freedom of movement and choice of friends. Boyfriends opened the way to marriage and security, the promise of a family that Indian women are strongly encouraged to fulfil. Our lives play out under the watchful gaze of this expectation. Once a girl is deemed of “marriagable age,” the gentle hints start pouring in: “Why do you need to spend so much time with your friends? You’ll have to stop all this once you’re married, you know.” Relatives you last saw when you were five ask pointed questions about when you plan to “settle down.” My own mother roundly condemned the energy I devoted to Shia and the rest, claiming that it was a waste of time because friends aren’t meant to last. It’s not an uncommon line of thinking. It cost me the closest friendship I’ve had to date.

The Dude and I went to the same school but only met at college. Our relationship was a slow burn. Thrown together by a group project, we soon discovered a mutual appreciation of fantasy fiction and fandom. Long evenings of laughter at the department ledge turned into sleepovers, and sleepovers ran into days living out of each other’s pockets. She kissed me at the beginning of our fifth semester, and we spent the rest of the year fucking in my attic room. The Dude was my first relationship, and my only girlfriend ever. We knew it wasn’t going to last; both of us were too close to the straight side of bisexual to make it work long term. Still, we dropped out of grad school together and weathered her parents’ repugnance toward our relationship.

The first time I orgasmed was with her. I was 22. The first time I’d ever felt the tenderness and security of being wrapped in a lover’s arms was in hers. I was a less than perfect girlfriend, moody and flaky, clingy to the point to annoying, constantly making known my desire for heterosexual love. Somehow, though, I assumed that the friendship we’d started with would withstand our romantic separation. When I moved to a different continent, and she in with her new boyfriend, I’d call her on Skype every night. It mattered little that I too had a boyfriend by then. There were so many facets to my psyche that he barely understood and that I didn’t need him to understand either—they were reserved for my closest friends, Solo and The Dude. We were the Sisterhood of the Anklebone (no one knew why it was the Anklebone), our bond was special and something our boyfriends weren’t privy to. Solo and I live together now, but our third is gone, sacrificed to the demands of marriage and the social isolation it imposes on Indian women. We still talk about her at times, bemoan the loss of Our Dudeness, while knowing in our hearts that the woman who once completed our trio no longer exists. A version of her may be found somewhere in the outskirts of Kolkata, but The Dude we knew will only ever be a memory to cherish, to bring out once in a while for a bit of buff and polish when nostalgia hits.