Ways to accept an apology—if and when you’re ready. 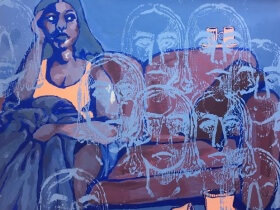 In the Wake of You 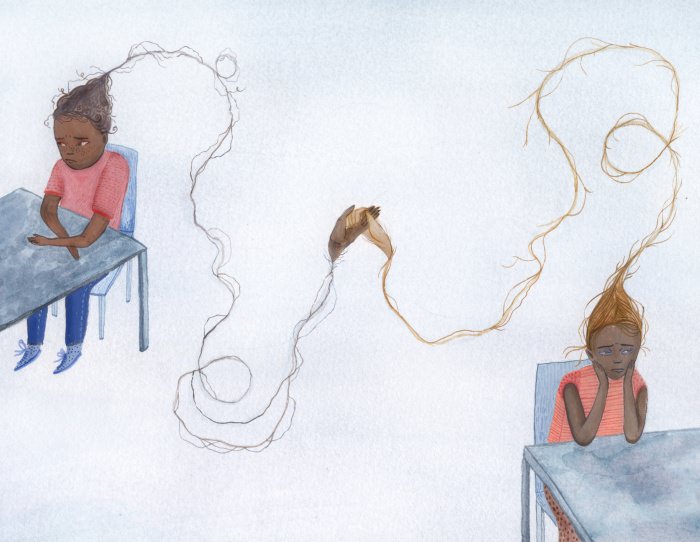 Crucial friendship bonds can be great. Pals can bring a lot of joy to us—that’s the beauty of having friends. But as great as our soulmates are, we sometimes fight with them, and conflicts with them can also derail so much of our lives.

I would be lying to you if I said forgiving people—even the ones we love most—is easy. It’s not. As you and I have both probably discovered, washing away feelings of resentment and negativity toward someone can be hard. But forgiving people can also be very rewarding. It’s exhausting to carry around hostility, anger, and sadness. Forgiving someone can relieve those burdens. But the real question is, how do we forgive? How can we move past things like gossip and betrayal, especially from a friend?

Before we go any further, there’s one thing that should be made clear: Forgiveness isn’t always necessary, or even called for. People can hurt us to the point of no return, and if you aren’t ready to forgive someone for something they’ve done, or you feel like you maybe never will be, that is completely OK. Forgiveness is a gift, and it’s your choice to give it. But if you are ready to forgive someone—for something like a misunderstanding at school, or a fight at a party—and need a little guidance, here are some tips:

If you’re having trouble determining whether or not to forgive someone, think about this: On a scale of one to 10, how badly did the person hurt you? Did you just have an argument, or is the scenario representative of a draining or toxic issue/flaw in your overall friendship? Have you had a lot of fights over the course of your friendship? Will you be able to trust this person again? Even if your friend is sincerely apologizing for what happened, only you can decide whether you’re ready to accept their apology.

2. Know the reasons why you’re ready to forgive.

You might be forgiving someone because you’d like to stay friends with them. Or maybe you’re forgiving them because carrying around your anger is weighing you down. Whatever the circumstances, establish why you’re forgiving this person. If you know the reasons you are ready to move on, it will help you to let resentment go and keep moving forward. It will also make your position clear if and when you talk about the issue with the person you’re forgiving.

3. Put yourself in the other person’s shoes.

When I upset someone close to me, it leaves me aching for days. All I can think about is how guilty I feel. This might be how the person you’re fighting with feels, too. If they’re apologizing, they probably do really just want to make things right. If you’re not sure, pay attention to the way they behave around you, because this will say a lot. (If they continue to do or say the kind of thing they said sorry for, for example, it could be a sign that moving ahead in the friendship, apology or no, will be tough.) Even if you don’t intend on having a relationship with this person anymore, putting yourself in their shoes will help you relate. Understanding how they are feeling will make it so much easier to forgive them when you’re ready.

Once you’ve established that someone is offering a sincere apology, discussing your problems will be much easier. You can have a civil discussion about how you felt when this person mistreated you. In my experience, there is a higher success rate when you have a discussion with someone in person, even though it’s 1,000 times scarier. It’s really easy for someone to blow off a text or not pick up a phone call. In real life, it’d be super weird if someone just didn’t acknowledge someone talking to them, so hopefully you’ll get thoughtful responses from this person.

If you’re still feeling angry or resentful or hostile, wait to have the conversation when you can approach it with an open mind. I suggest this because people often become really defensive when they see that someone is mad: They’ll feel threatened, and will immediately do what any human would do, which is stick up for themselves. This is another time when it’s helpful to put yourselves in that person’s shoes. If you told someone you were sorry and they said they wanted to talk about it, it would feel pretty bad to show up for that conversation to just get dragged.

If you’re having a hard time staying calm when you do talk, take deep breaths and remind yourself of how much more successful the talk will be if you remain calm. Some open conversation starters would be, “I’m not assuming this was intentional but I was really hurt when. . .” or “It made me really angry when. . .” And remember. . . civil convo = better odds that everyone can move on!

You know that old saying “forgive and forget?” It’s true. A lot of times, if we let time take over, we will forget. After a while, maybe—just maybe—the issue won’t seem as monumental as it did before. Imagine it this way: I used to be really upset when there were no jump ropes at recess when I was younger. But is that something I would be upset about now? Not at all! Basically, what I’m trying to say here is that as life moves on, and we occupy ourselves with other parts of our lives, “big” issues become less of a big deal. When a person says they’re sorry, knows how and why they upset you, and they don’t do it again, it’s best to just give it time so you can both move on.

Here’s a way you can tell you’re ready to pick up where you left off after someone apologizes: When thinking about the issue, if you’re not palpably mad about it anymore, it’s a good sign that you can be friends again. If you’re still mad, that’s fine, too! If so, then take the idea of “giving it time” and maybe use it in a context that’s longer-lasting than the average “break.”

If you’re not ready to be friends with someone again, resist the impulse to ice them in social settings. I know—when you’re angry or don’t know what to say, it can happen almost out of our control! But ignoring someone (even if you don’t mean to) is usually read as hostility. Acknowledge them. Say hi. On the other hand, you don’t have to go out of your way to start a conversation with them, either, because it could mislead them about your intentions for the friendship.

If you’re taking some time away from a pal while you let your relationship heal, hang out with other friends, write or make artwork, go on long bike rides—anything that occupies you in a way that’s good for your heart! I can get really into a huge piece of artwork while I’m letting my feelings work themselves out. It’s really therapeutic and helps suck out any remaining sadness.

Letting the apology and feelings simmer in your brain for a bit will hopefully help you move on, which is the best thing about forgiveness: Your life keeps going. ♦