“It is really exciting to be a teenager, and it’s awful at the same time.” 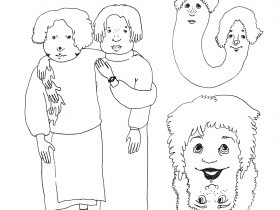 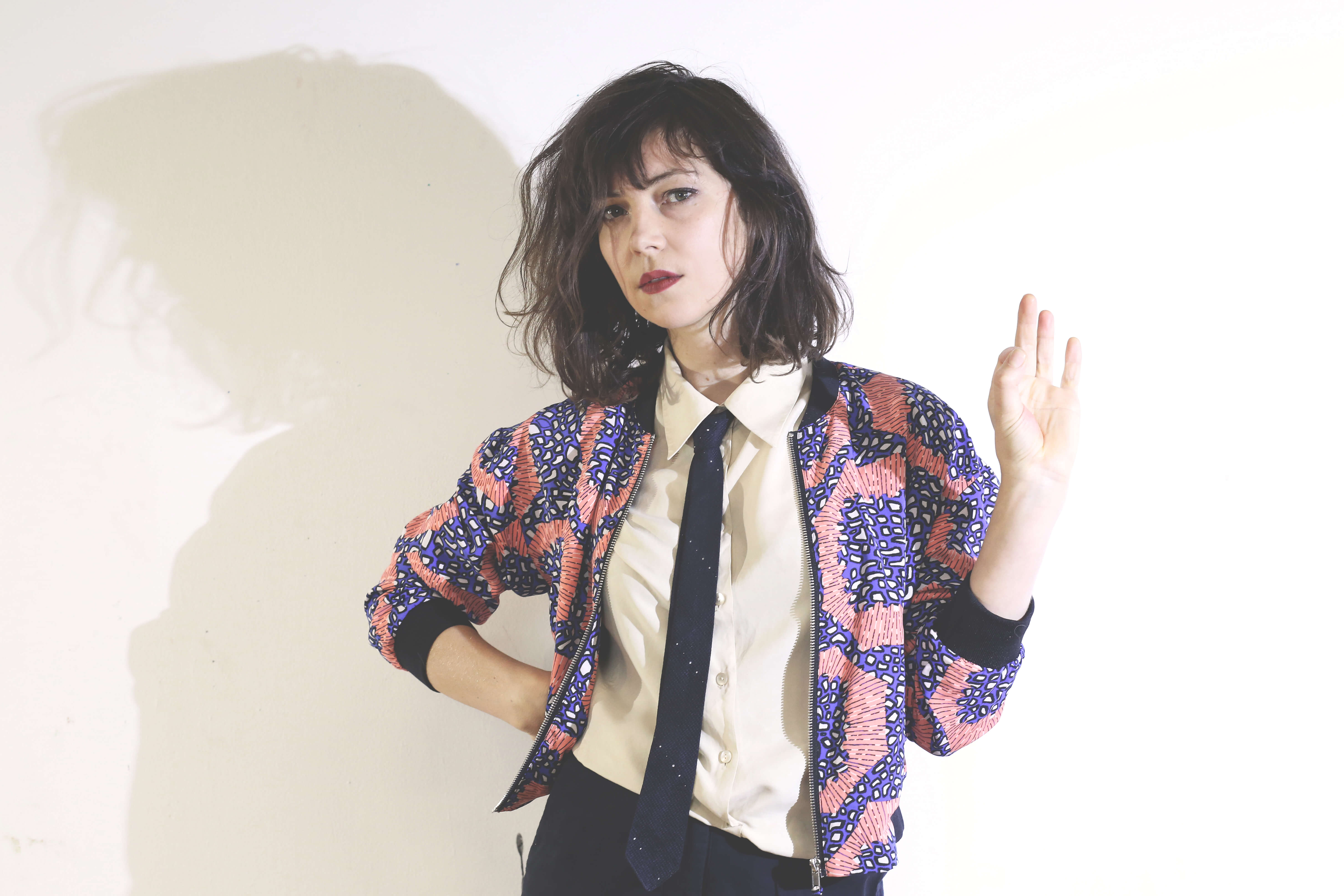 If anyone needs evidence that Teeth & Tongue frontwoman Jess Cornelius has been inspired by light ’70s electronica as of late, the pop-y, upbeat single “Dianne” is Exhibit A. The song appears on Teeth & Tongue’s upcoming record, Give Up on Your Health, out this September. Today, you can get an early taste by watching the music video for “Dianne” right here:

Last week, I skyped with Jess to talk about the role of experimentation in songwriting, the frustration that comes with being a teen, and a trip she recently took to Iceland, where she wrote song after song.

GABY GLORIA: Was “Dianne” one of the songs you wrote while you were in Iceland?

JESS CORNELIUS: No, actually it wasn’t. I wrote a lot of songs while I was there, but only one of them actually made it on to the album. It was the first song that I wrote there, called “Small Town.” I was living in a very, very small town. And that [song] was about isolation and being away from your normal world.

The music video for “Dianne” is so playful. I like that it looks homemade, but also so put together. How long did it take you to film it?

It was filmed in half a day. Actually, it took the whole day. The video was made by this guy Matt [Cribb] who I’ve worked with quite a bit before, and his partner Bree [Carter]. They went in the morning, like around 9 AM, and set up the room. It was our guitarist’s room, but he lives in this amazing—I mean, you can’t tell from the video what the house is like, so it didn’t make any difference that this house was amazing because you couldn’t see it in the clip—but he lives in this 11-bedroom mansion with all these winding staircases with chandeliers, but it’s all sort of old and crumbling and falling apart. So we went there and just hung out. There was a lot of intent behind the way the room looked—it was dressed and stuff. We had heaps of sugar, and then we started filming. It was really loose. Matt was filming on a handheld camera, so he had these ideas about what he wanted, but it was mostly me jumping around. We had a really good time. But there was definitely intent behind it. Like, Matt knew what he was trying to get. He told us what to do a little bit, but it was really like, “Go nuts and have a good time.”

Did you guys talk about it beforehand—that you just wanted to go nuts the whole time in the video?

Actually, my idea for the video was very staged and quite—I don’t know if you’re familiar with the band called Split Enz, but they’re a band from New Zealand in the ’80s. They all wore these kooky suits full of ’80s patterns. In their videos, they’d be playing their instruments as if they were doing a gig, but there was something quite weird about the way they moved, and the way they sang, and the way they looked. They all wore makeup. I had this idea of doing a real ’70s, early-’80s classic video. And I wanted a sort of Blondie, Split Enz thing, with something a little bit weird and different about it. But that sort of a video—you know, you’ve gotta have a studio to shoot it in, and you’ve gotta have really good cameras, you’ve gotta have costumes, and you’ve gotta have makeup, and you’ve gotta have all that stuff. Luckily, the director is really good at working with low budgets and really short turnarounds. He knows what’s possible, and what’s a good idea to follow through with. He was like, “So we’ve listened to the song, and this is our idea: to be really fun and really quick.” He turned me around to do that idea because I’d wanted something quite polished, and it wasn’t achievable with the kind of time and money we had.

Did you do re-takes? Or was it just one continuous thing?

We did lots of takes. I had costume changes. While the rest of the band hung out in the garden, and I was doing all these takes, lip-syncing and singing into a hairbrush and singing into a microphone. Then we brought the band in and did lots of different takes playing our instruments, but not really playing. The whole idea with Matt’s camera work was that he wanted it to be as if he was just hanging out with a bunch of his friends. You know, being a teenager and someone’s got their phone out filming. It was supposed to be kind of out of focus, zooming in and zooming out.

Yeah, it has that vibe. You’ve mentioned [in other interviews] that the new album is about observation. How did that come into play when you were writing “Dianne”?

It’s funny, because I have mentioned that some of the album is more observational than my other albums, but it’s actually because my other albums are so introspective. It’s just that it’s more observational than them. It’s not particularly externally focused, but it’s a lot more externally focused than my other albums have been. There are definitely some very personal songs on the new album, and I guess that some of them are written in a more detached way, and I guess the scope of this is a bit bigger. I’ve written about my family. I’ve written about my own childhood, my teenage years. I’ve written about the things that are happening to my family now and things that happened in the past. Also, things that happened to my friends. In that respect, I guess it’s observational. But it’s not completely about things that are affecting me. One song on the album is about my sister going through a divorce, and how it made me think of my relationship. So it’s still quite internal.

“Dianne” was loosely based on my own experience as a teenager. My family went through quite a hard time with some mental illness. The challenging part about being at that age—I was 14 at that time—was that it was this difficult period where you’re seeing everything that’s going on, and you’re experiencing everything that’s going on, and you know that things are a bit different to what your friends are going through, or that something isn’t quite right. When you do have a lot of comprehension and a lot of understanding and a lot of empathy, but at the same time people aren’t able or willing to tell you what’s going on. You’re not treated like an adult. You don’t have a lot of power, and you don’t have a lot of control to really do anything. So you’re watching as these things unfold, and you’re really emotionally affected. I mean, I felt so impotent in that I couldn’t do anything. And wasn’t really told the whole story of what was going on. So that’s really what that song is about. It’s quite frustrating.

You kind of mask that with the playfulness of it all, actually.

Yeah, it’s a very upbeat song, but that came more from anger than joy. It’s a very pop-y. It can be a little bit joyful. I think that element of it comes from the part where it is really exciting to be a teenager, and it’s awful at the same time. Emotionally, the lows are really low, and the highs are really high. And there’s that abandon of having a really great time listening to your favorite music. I have a lot of really, really great memories of being younger and growing up, and I guess that’s where the playfulness comes in as well. But you know, it’s also quite an angry song. [Laughs]

Is there anything you’d like Rookie readers to know about your new album?

What I tried to do with the record is make one that is really fun to listen to, but is also really upbeat and dance-y. But if you listen to it a few times, and you listen closer and you listen to the lyrics, it’s a bit darker than it comes across. And I hope that it gets more rewarding on repeat listens. ♦