Tech Trek: What’s It Like to Work at a Startup?

A report from the inside! Plus: A documentary about the future of humankind. 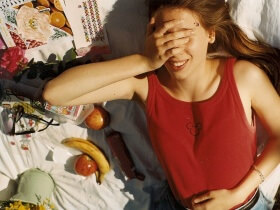 I Don't Wanna Grow Up 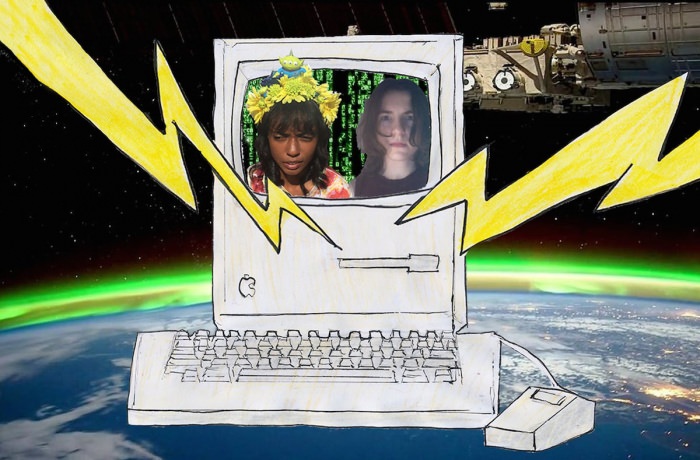 In this edition of Tech Trek, we’re contemplating possible versions of the future. For starters: What would a career at a startup be like? If you worked at a startup, would lunches really be free or what? And on a whole different subject: Can humanity save itself? Read on, as we search for answers…

Technology startups are driven by big ideas. Created with the intent to become larger businesses and be financially backed by investors, these early-stage companies are known for innovating and developing services/products meant to make life just a little bit easier. Uber, Instagram, and YouTube all entered the world as startups.

Maybe you’ve wondered what it’s really like to work at one of these companies, as you were flipping through your apps, watching startup-centric TV shows like Silicon Valley, or considering studying tech-related subjects. Well, I recently worked at a TV and movie streaming service startup in San Francisco for three months as a blogger, and I’m here to share a few of the things that I learned.

You don’t have to be an engineer or computer whiz to work at a tech startup.

If you’re fascinated by the tech world and want to get involved but don’t know how to code, there’s no need to fret. Like any other company, startups need people to work on marketing, design, customer service, content creation, and/or social media. In fact, a recent study on New York City startups found that two-thirds of the jobs at these companies were non-technical. There really are all sorts of jobs for all sorts of people at startups. For instance, a coworker at the company I was at told me that she majored in theater in college.

At a startup, you may end up doing jobs that you weren’t hired to do. This could be a good thing.

When I was hired, I was told that I’d primarily be contributing to the company’s blog. But I discovered within the first week that I’d also be responsible for doing a little copywriting—I was going to be creating some of the content that went out in newsletters. I was a bit intimidated by the idea of doing that kind of work. I didn’t have much experience with short-form, blurb-y writing (unless you count the thought-provoking, two-sentence-long musings on my cats that I text to my best friend). But my manager was basically just like, “Give it a try, let’s see what happens.”

Startups are often open to experimentation. They kind of have to be if they’re going to figure out that magical thing, whatever it is, that makes their company stand out and earn a profit. Sometimes that experimentation means giving employees opportunities to develop new skills that they weren’t necessarily hired to do. There was a video editor at the company I was working for who was helping with social media marketing and outreach because she wanted to learn more about it. What was cool about the loose, collaborative culture was that the opportunity was open to her. In that way, working at a startup can be like having an internship—you get to learn a diverse set of job skills and beef up your résumé while getting paid. It’s a beautiful thing. One important caveat, though: If you were hired at a startup to do marketing, for example, and your boss asks you to do something totally unrelated, like clean the office, that’s not OK.

Yep, that’s right, the food is free, y’all! Well—I’m sure it’s not free at every company, but there are a decent amount of startups that offer this incredible perk. The place where I worked provided us with lunch every day, and there were a lot of really tasty options. We had chicken tikka masala, empanadas, and, naturally, pizza.

There are several different reasons why startups do this, the most obvious being that it’s a morale booster. Free food = happy people. There’s also a team-building aspect to it: When a company provides an in-office lunch, then everyone is more likely to socialize and bond with their coworkers. Another side to this, though, is that if everyone is eating in the office, then they’re probably going to get back to work faster. So, eh, that might be a little shady, but the benefit of having two slices of Chicago-style deep dish pizza in my belly was enough for me not to mind that the food might have been part of a larger business strategy.

There will be an exercise ball on the premises.

Maybe it’s a sign of hipness, or maybe it’s intended for hardcore multitaskers who want to get buff while they spend hours in front of their computers. I don’t know. But based on my very scientific research, you’re bound to find at least one exercise ball in a startup office. At the company I worked for, there was one of these balls near my desk. People would bounce over to me to tell me what my tasks were for the day, and I still took them seriously.

You never know what’s going to happen next, which can be exciting.

When you know that 90 percent of startups fail, every success the company has—no matter how small—is amplified. Witnessing that growth is kind of thrilling, and it’s really easy to get hyped about it all. When the company is doing well, there’s this sense that what you’re all developing could one day end up being this super-duper important, popular, and maybe even revolutionary thing. Facebook, Apple—we all know those startup success stories, right? For me, it was just awesome thinking that I could be contributing to a company that might one day become the next Netflix.

You never know what’s going to happen next, which can be stressful.

Priorities shift rapidly at a startup. Like I said, there’s a lot of experimentation going on, as they try to do things like define the company voice or brand and find customers. For someone working at a startup, that priority shift could mean that a project that you’ve been devoting a lot of time and energy to might be put on the back burner (or scrapped altogether) while the company or your department focuses on something else. It could mean that a project that you thought you had a lot of time to work on is all of the sudden due at the end of the week (or sooner). It might mean that your position at the company is phased out entirely.

If you’re looking for stability, a startup is not the place to go. Many of the people who worked with me were contractors, which means that their positions weren’t permanent, they didn’t get benefits like health insurance, and, theoretically, their contracts could end at any time. This might be enough to dissuade a lot of people from even considering working at one of these companies, but if you’re OK with the impermanence and uncertainty, you can use your time at a startup to develop new job skills, network, and get a foot in the door in the tech industry. —Amber

Movie of the Month: Surviving Progress (2012)

I love new technologies (duh), but I also consider myself an environmentalist. Is this a contradiction? Surviving Progress is a thought-provoking documentary that tackles many contemporary issues, including brain science, overpopulation, the clear-cutting of rain forests, and materialism. The central thesis behind the film is that humans are very bad at long-term thinking because of how our brains work. Our brains are not much different than they were 50,000 years ago, when humans were hunter-gatherers who lived day to day with very little planning. And now our culture, including all our modern technology, is “progressing” faster than we can handle. We may be falling into a “progress trap,” which is essentially when we get so good at something that we permanently destroy a natural resource. An example given in the film was early hunters, who got so good at hunting that they wiped out the mammoths. Because all of our modern societies are global and interconnected, if we keep getting into progress traps, global collapse is becoming more likely as the end result of the human (smart apes) experiment.

A number of really smart people are interviewed including Margaret Atwood, Jane Goodall, and Stephen Hawking. What all the experts from different fields agree on is that modern consumerism (always having to buy the next gadget, eating meat every day, et cetera) is destroying the planet. What they don’t agree on is what we can realistically do about it. Some suggest trying to make non-consumption as cool as consumption is now. Another says that hacking biology and making synthetic biofuels is the answer. Hawking says our only hope is to avoid complete collapse until we have the technology to leave Earth behind entirely. Unless humans can magically overcome our urge to dominate all life, this may be our only option. Surviving Progress is not a super optimistic movie, but it’s a real-as-hell examination of the catastrophic problems the planet is facing because of our “success.” —Maggie ♦