Punk rock culture was my comfort zone, but I stuck out like a sore thumb. 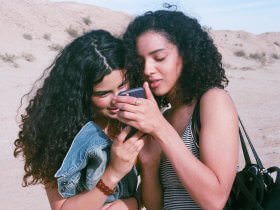 This Is How You Find Her 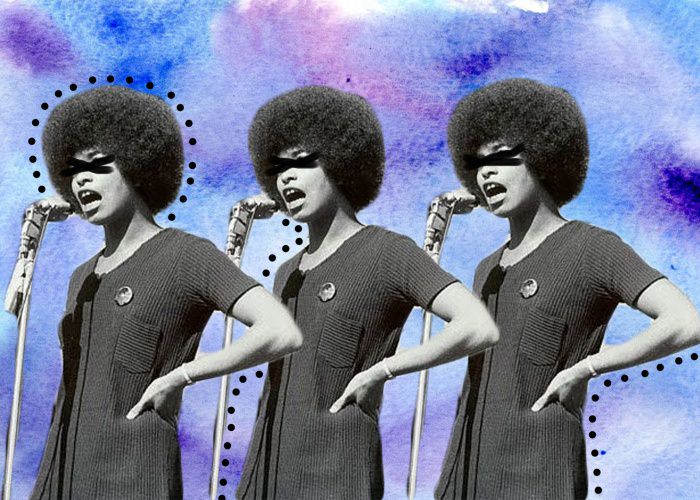 When I began my sophomore year of high school, I started to learn more about the things I was genuinely interested in: photography, cinema, and writing poetry. Around this time, my rebellious, confused-about-my-sexuality, mixed-black-teen-out-of-place-in-the-L.A.-suburbs attitude led me to punk music. Some of the bands I got into were Black Flag, Descendents, FIDLAR, and many other intro-to-punk bands. In their music, I felt solace; I understood the anger, the hatred of authority, and the desire to escape suburbia. Most days, by myself, I would cruise around on my pink skateboard and pretend that, in another life, I was an angry white teen boy with a shaved head and a punk band who practiced in my family’s garage. This fantasy helped me cope with the gender dysphoria and boredom with life I was experiencing.

After a while, I began to have fantasies of living a life with people who shared the same anger at their lack of freedom and the mundanity of suburbia. Feeling this way led me down a dark path, where I began to hate my life and resent my parents for placing me in a neighborhood and a school where I couldn’t relate to most of my peers. What I really wanted was to find people I could collaborate with on art; I wanted a community. Eventually, my interests led me to the internet and a subculture of people on Tumblr who shared similar tastes in music. Soon, I noticed that a few of my peers at school were interested in the same music I liked, and we slowly became acquainted.

I was 14 years old the first time I ever went to a show. For weeks and weeks, I begged my strict parents for the chance to go. I had saved money for the ticket, made sure I’d done well on tests, and kept my room clean. “This is my favorite band…We’ll be really safe I swear…My friend’s mom is driving…” I used every phrase in the book to convince my mom that this would be a good idea.

The concert itself was incredible, but the reactions to me wearing a FIDLAR shirt to school the following Monday would set the tone for the rest of my experiences in indie and punk subcultures. Some boys taunted me, claiming I was only pretending to like the band to seem cool, or that they didn’t understand how I could relate to that type of music. This questioning of my interests was brand-new to me. I wondered, What made me different than them? What made the girls they hung out with more acceptable than me?

For a long time, these questions floated around in my head as I went to more shows. I took note of who got booked to play, who was invited backstage, and who was popular within the scene. The people who often were the most liked or got special access looked nothing like me. It dawned on me as I pulled up to Burgerama, a music festival put on by Burger Records, that I would probably never fit in within indie culture. I was interested in going to the music fest because I was excited to see the bands, and I knew I’d be around likeminded people. But when I looked around, I saw that the scene was comprised mostly of white teen punks, and I was a short, fat, black girl. The subculture lacked the diversity that I needed in order to feel included.

I had fallen in love with the music and the buzz shows gave me in the pit of my stomach, but my mind lingered. I began to look closely at everything I enjoyed. I picked up an issue of Thrasher, searched through it, and didn’t see a single page with a black skater. I walked through concerts looking at the faces in the crowd to find another black person. My eyes skimmed over the tops of the records, searching for other people of color at the record store. Within places that were my comfort zones, I stuck out like a sore thumb. Finding other people from my background within alternative culture was of the utmost importance to me because I deserved to feel less alone in the things I enjoyed doing.

Eventually, I began to find other QPOC on Twitter who liked a lot of the same things I did. And we built our friendships to support each other. And concert venues, festivals, and DIY shows have become a learning experience for me. I have learned to continue to show up at places where I feel excluded. I realize the value of my own identity is far greater than whitewashing myself to fit in. I learned that working in discussion about the white, cis, heteronormativity of these subcultures can help open them up to become spaces for those who are not just rebellious in soul, but rebellious in existence. This has translated to other parts of my life, too. I can more easily accept myself, and I continue to be carefree in my existence. I am proud of my differences. ♦