Maybe all things can exist, imperfect, and be met with appreciation and understanding. 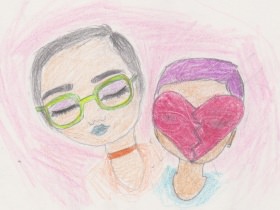 Friday Playlist: Not Afraid of Heartbreak 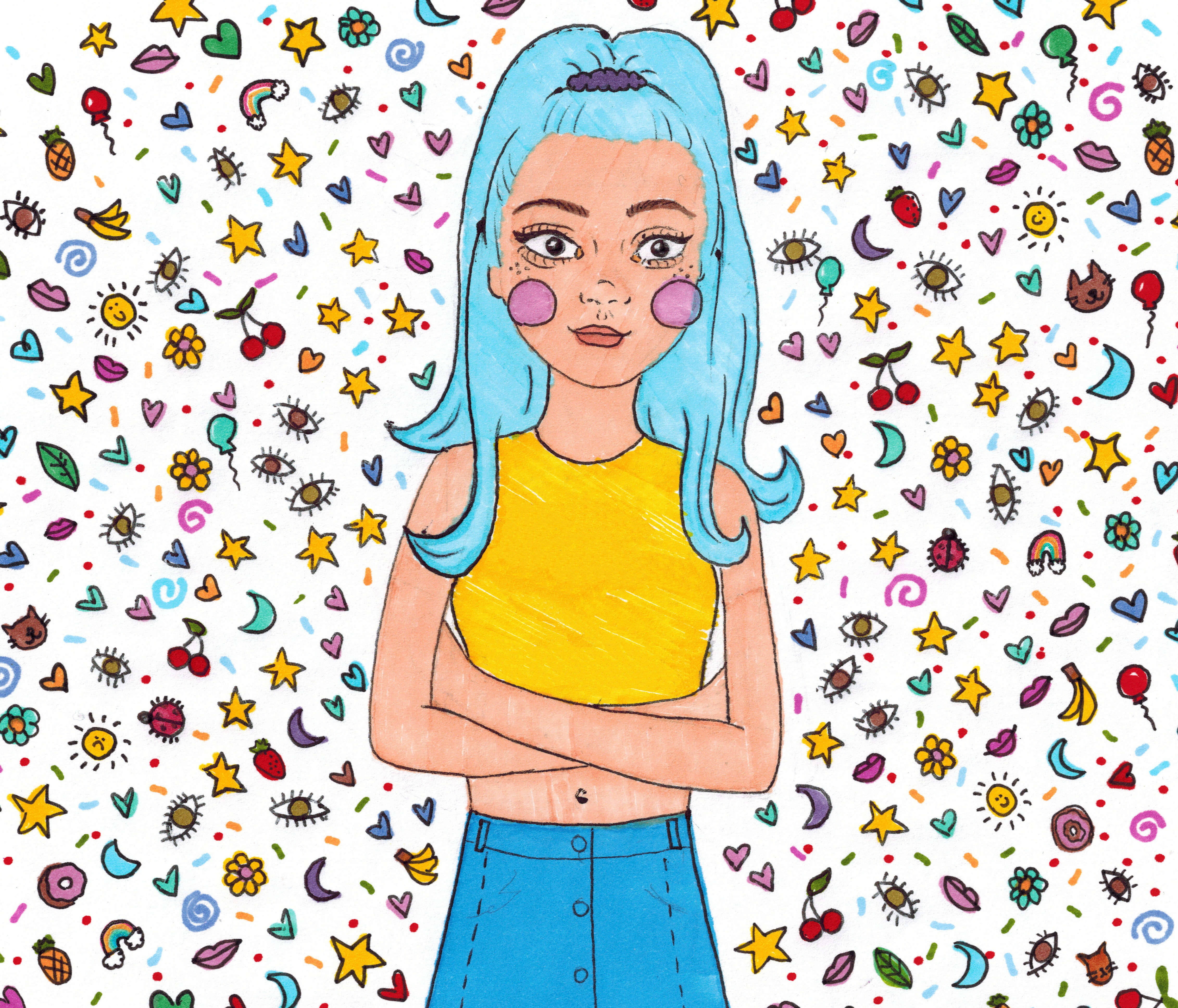 My English tutor reminds me of myself in a few ways. She too is small and dark-haired. We convene on Wednesdays and drink buckets of tea to revive us, like two little riverbank animals disturbed from their nests. We emerge from bouts of reading or film-watching and sit blinking queasily in the sunlight of reality, discussing poetry and other generally tragic things.

Last week, we were talking about godmothers and whether we all in fact have many parental figures, connected biologically or not, when she mentioned, “I’m a guide-mother, for my friend’s kid. They aren’t religious.”

I pounced. “Oh, you’re a guide-mother are you? Do you make them hats made of leaves? Do you align their chakras and examine their star charts for them?”

I didn’t have time to hear the comment in my head before it retched up out of my mouth, in the same way that I psychoanalyze people without their consent. It comes out in upsetting spurts that I need to regurgitate to make an impression in some way—to seem clever.

She seemed to take it pretty well, as well as someone who audibly apologizes to flowers when her hand knocks them can. I got thinking about where this bout of slicing cynicism came from. My godparents are my aunt and uncle who live in a separate country, which always meant two less presents than my brother at Christmas, so there could be some childish animosity there. But I think it’s more that I have internalized the correlation people form socially—around a dinner table, perhaps—between cynicism and intelligence.

In early adolescence, I learned that an easy way to sound mature was to offer critique from a lofty position where feeling couldn’t touch me. To have formed an opinion, a critical opinion, was somehow better than admitting that I loved something, thereby bearing a vulnerable underbelly ready to be used as a dart board by cynical others. I recently had a friend disparage the ’60s band the Kinks, when the song “Waterloo Sunset” has often been the soundtrack to my lazy, hot afternoons on London trains. Hearing something I love or care about being systematically dismantled is uncomfortable and can ruin my own thoughts and associations.

I have been reared by an intelligent, academically high-flying mother. She refuses to go see a film without reading the reviews, while I gain a feeling from the trailer. For a significant portion of my younger years I wanted to be just like her. As we trickle around art galleries—I have a habit of flickering from thing to thing and gauging some kind of instinctive reaction to whatever it is I am seeing—we poke holes in the work. She’s often unimpressed by more modern and conceptual art, especially the grotesque. Yet, lately, whenever I engage in the familial game of saying something negative about a piece of art or writing, I am gripped by the uncomfortable knowledge that I couldn’t produce anything like it. I wonder how much of my opinion stems from envy, and whether, actually, this endless criticism and flaw-seeking is detrimental to my own creativity. I am aware that the more I look for ugliness in others, the more I find it in myself and my own work.

I could see this effect at play recently when my mum bought a watercolour set and took it on two vacations where it sat at the bottom of her suitcase, before she eventually admitted that she “didn’t know where to start.” Often, when I am avoiding being creative it is because I am scared that what I make won’t be good enough for myself or others. That same fear had overtaken my mother. Perhaps an interpretation of art says more about the critic than the artist. I worry about academics making me too analytically inclined, that spontaneity when creating will be stifled by constantly commenting, analysing, criticising.

Within my family I am now beginning to notice this trend in the way we approach art, and it is something I am becoming eager to release myself from. My brother cross-examines arguments until they shake and break down, exhausted. He has a habit of speed reading, insisting that you can gain everything you need from a book (including an overall judgement of its key aspects) by glancing, a paragraph at a time. It feels almost crass to me to treat something so lovingly laboured over with a desire for “good” time management.

I’m trying a new system, of watching, waiting, and appreciating. Recently, I sat on a leather seat in front of on Rembrandt’s “Girl at a Window,” and stared at it determinedly for 10 minutes. The more I watched the more her eyes wallowed, her smile became coy. She was a plump, blushing adolescent girl somewhere in the void between nostalgia for childhood and excitement over being a woman. In a gallery filled with so many individual visual experiences, I’d usually have passed over it—it struck me at first as too traditional and lacking in the audacity art can employ to attract our often diverted attention. There is also something joyous about flickering quickly over things, forming snap-judgements and ideas. I have an unquenchable desire to consume as much as I possibly can in the short lifetime I have been given. This is how many of us consume media now: If it doesn’t immediately fix attention then it will be lost amongst the world’s already stuffed archives of laboured dreams.

As a reaction against the kind of criticism that fails to truly consume all aspects of a work before reaching a personal conclusion, I have been spending more time reading and looking, to understand just how long it can take to create something. I think about the calm that can be achieved with religious, moral, and unshakeable faith. (I would desperately like to believe in reincarnation: I could come back as a whale, a huge mass just floating about in the deep.) Perhaps art—and all things—can exist, imperfect, and be met with an understanding and appreciation of their merit and substance. My favorite books are often flawed; there is something impenetrable about “perfect” writing, or an image designed to appeal to everybody. However conflicted I feel over which approach to art is most fun, I am also aware that those who subscribe to the power of crystals, the moon cycle, and guide-mothers offer an alternative to this little box I have shut and barred myself into, if I toned down my immediate cynicism. They are also, probably in some fundamental way, much happier in their faith than I am feeding my cutting analysis. ♦