On the Tightrope Between Cultures

Whiteness and I are in a critical-distance relationship. 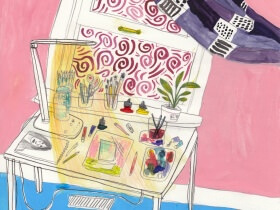 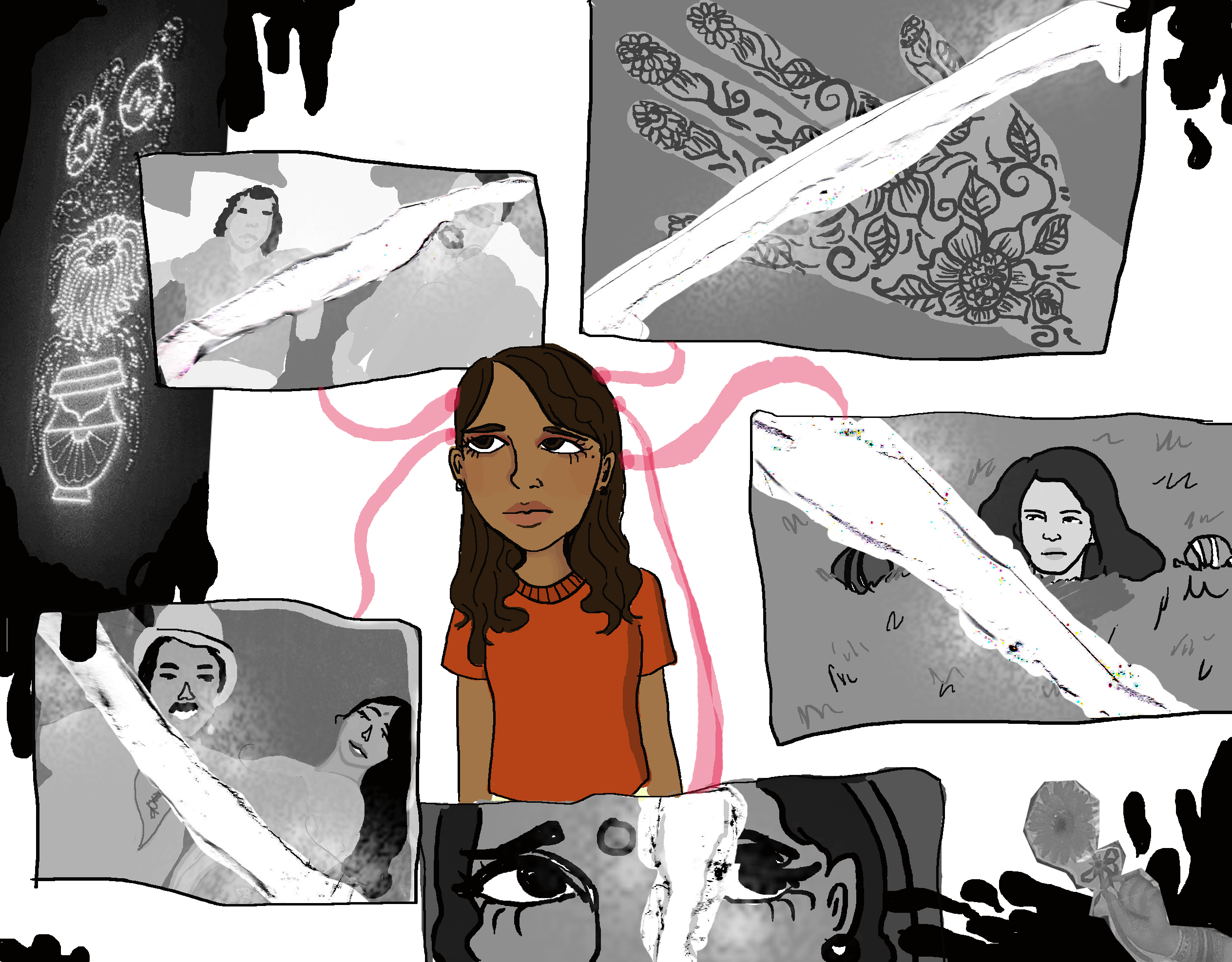 When my mom married my stepdad and we moved into his house, I landed upon the secret library of my dreams. At 15, I had never seen a personal library of such magnificence—room upon room filled with literary genres and schools of thought I hadn’t even heard of. Although a lot of it was too dry for my tastes, the hardbound mammoths of art history certainly weren’t. I spent a few breathless weeks rifling through Ernst Gombrich’s The Story of Art, and decided that the course of my career had been set. I was going to be an art historian luxuriating in the geekdom and glories of the Western Canon. Two years later, I was researching courses and shortlisting universities that I could attend, eager to escape the path toward engineering and business schools that my peers would unanimously follow.

It was sometime around then that I found myself sitting at the back of a taxi, deep in conversation with a professor of history. I remember the anger mounting at the back of my throat as he proceeded to demolish the dream I’d nurtured through the most difficult years of high school. “They’ll never let you study Western art,” he declared. “You’re an Indian student, they’ll never acknowledge you, never take you seriously.” According to the professor, if I wanted to study art, it’d have to be Indian art or nothing at all. I was appalled: Impressionists were my poison, not the Mughals!

Barring gentle hints from my stepdad, this was the first time I’d been told that the culture I so lovingly nurtured in my heart would never do the same for me. Apparently I could master English, be prolific in their idiosyncrasies—eat bacon and eggs for breakfast and stomp through the house in my dusty shoes—but my rounded vowels and brown skin would never let me become one of them. I grumbled and raged in the months to come, but the words struck deep. I never did study art history. Like many other 18-year-olds in Kolkata with a passion for reading, I made my way to Jadavpur University, as an English literature major.

Even as a child, my cultural moorings had been somewhat vague. In a former colony like India, English is not just a language, it’s a vehicle for aspiration. Eager for me to reap the benefits that an English language education would bestow, my parents had thrust me headlong into a jumble of Enid Blyton, English nursery rhymes, and Thakurmar Jhuli—Bengali folk and fairy tales. Ladybird readers with their full colour pages and large, bold letters were more attractive to me than books in archaic Bangla and accompanied by 19th century woodcuts in plain black and white. My parents didn’t question it as my bookshelves filled with European fairy tales and British wartime stories. I was on a path toward lifelong success and social standing of a kind that my parents never had. Of course they were doing right by me.

In turn, I unquestioningly adored all that British culture had to offer. India was scorching summers, annoying relatives, oppressive teachers, and a blanket ban on boyfriends—a reality of misogyny and outdated practices which came as a shackle to my irreverent, outspoken self. I couldn’t ignore it, so I simply wished it away in daydreams of escape. My Britain was also the mythic Albion of white supremacist fantasy—a place that has never existed except in the rose-tinted prose of Imperialist ambition. I ignored any hint of racism in the books I read, believing that I was “different,” and that my rejection of India would guarantee a welcome for me there.

In middle school, my classmates broke off into warring camps of classic rock versus Rabindra Sangeet, Hollywood as opposed to Bollywood, English literature against Bangla. The small circle I belonged to faced West, my own alignment with all things white reaching fever pitch as my parents’ disapproval mounted. I was mocked by my peers for my weight and size, so I developed a reverse snobbery to scrutinize them under the lens of a foreign culture and reject them all as lacking. When boys I liked broke my heart, I told myself that someday I’d have a white boyfriend who’d make up for every tear I’d shed. That’ll show them! The lyrics I quoted endlessly from memory beckoned to a place where I would finally be accepted.

In hindsight, this was a rubbish way of coping—lacking insight and empathy, and doing me more harm than otherwise. I see that when I look back at the self-portraits with blond hair and rosy lips, the teenage journals where I bemoan my lack of white features, the internal struggle between cultures that I agonize over to this very day. My “rebellion” kept me from welcoming a range of experiences that might have given me a more informed, rounded perspective. It took a couple of years at university and a girlfriend who devoured manga and fanfic as voraciously as she did the works of the Bengali novelist Sharat Chandra Chattopadhyay before I could, to borrow a term from the Kenyan writer Ngũgĩ wa Thiong’o, begin to decolonize my mind. After years of turning away from Indian authors, I took the plunge in my last year of uni and was buoyed by what I found. And when I cracked open my copy of The Lord of the Rings for its yearly rereading, my fan-love for Tolkien’s universe had a newfound dimension—one that brought the white supremacist tone in this “epic of England” to the forefront. Being aware of the blind spots in Tolkien’s worldbuilding didn’t lessen my appreciation of its detailing, it only opened my eyes to the absences and problems manifest in the text, and in the myth of Englishness as a whole.