A live video premiere, plus a chat about perfectionism. 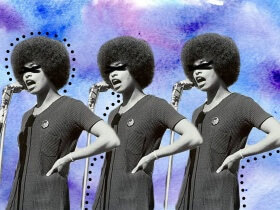 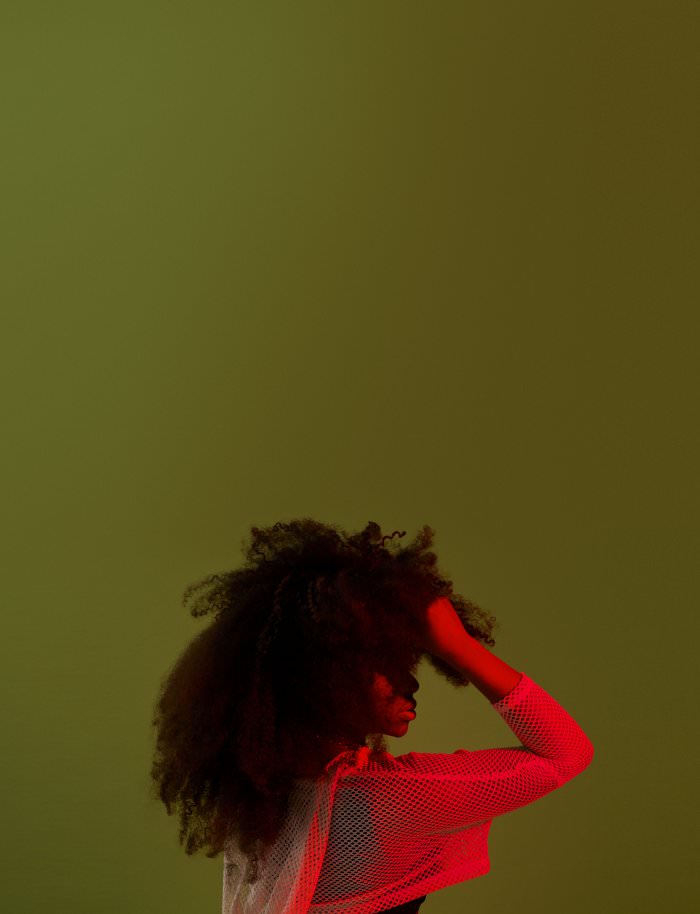 “I’m learning as I go,” says NAO. The singer, born Neo Jessica Joshua, is following a less traditional pathway to music stardom. She took a hard turn from her parents’ intentions for her to study law to instead focus on music. Classically trained in vocal jazz, NAO began to embrace her various influences and let go of the pressure to be perfect. From there, her individual musicianship began to shine. Today, she is on the brink of a breakthrough with the July 29 release of her debut solo album, For All We Know.

After a collection of successful and earworm-filled EPs of her slinky brand of R&B and funk, NAO’s latest paints a more complete picture of herself as an artist. Though she’s still learning about the industry and her role in the public eye, she is sure of her instincts and judgments. It is that same instinct–increasingly a rarity in a hyper-manufactured music industry–that continues to make her stand out. You can see what we mean in this video of a live performance of “Bad Blood,” a moody single from For All We Know:

Earlier this month, I called up the London-based singer. We talked about the ways she has developed and grown as a musician, and how she’s letting go of perfectionism and embracing the now.

BRITT JULIOUS: You are about 28.

I’m the same age. I’d love to maybe start by taking it back a decade or so.

Can you recall what some of your experiences were when you were growing up as a teenager, or when you were 18? Would you say it was a good or bad time for you?

When I was 18, it was a really sort of special time to me. I had just left college and gone to university. It’s a really important moment, isn’t it? Eighteen is when you decide, “OK, what is it I’m doing? What am I gonna do?” For me, it was a choice between law and music. You know, I would have studied [law], hopefully gotten a good degree, maybe gone and shadowed someone in a law firm until I got recruited. Stuff like that. But with music, I had no idea where I was going to end up, and I liked that. So I associate 18 with a happy moment, being super free of choices.

Was it a scary decision? I went through something similar. My parents wanted me to be a lawyer, and I wanted to be a writer. They were not pleased, but they accepted it. Was it scary or challenging or maybe even difficult for you to make that decision?

It wasn’t scary. My family—my parents—are quite traditional, I guess, so they probably would have preferred me to do something more academic like teaching or law. When I said I was going to do music, they were like, “Umm…” But they were happy that I was going to study it at least. I didn’t find it too difficult. It was a fairly easy choice to make. I had so many friends around me who wanted to do music. It was a crew of us who were going to go in and give it a go. So it was really nice to have that support as well.

That’s awesome. You’ve said that you’ve had to face perfectionism or ideas of perfectionism. How have you moved away from the pressures or the complications that arise from feeling that pressure?

I’ve grown out of it a lot. A lot of musicians—anyone who struggles and is trying to make something that is perfect—are not going to put any music out until it’s right, until they’ve found their sound. I realized that your “sound” doesn’t really exist. You’re always growing and trying new things. Once I realized that, I felt a lot freer. That was two EPs in. After I put out a lot of music—two EPs’ worth—then I discovered that kind of perfection doesn’t exist.

And that’s something that we all struggle with—not just in the creative lifestyle. We all go through stuff, you know? We all want “the perfect body” or things like that, especially with social media. Nowadays, you see the best version of everyone on their Instagram and their Facebook and stuff. It’s the best side of them, which isn’t the truth, in a way. People see that and think everyone else has got such a perfect life, and it’s not really true.

I understand the pressure to come out and look perfect or sound that way, but it doesn’t really exist. Social media really is quite bad for that, but I would [also] say it’s good, because there are stories out there by people who are honest and are true. It’s nice that when you follow someone on Instagram because you like the way they look or something, they [can] turn around and go, “Actually, the truth is I spent all day on the beach trying to take this selfie, and I didn’t eat for three days because I knew I had to take this photo to model for whatever brand.” Shit like that. That sort of thing is really amazing, for actual people to know that. It’s really important.

Absolutely. I went to a music festival over the weekend, and I saw these two girls, probably around my age, and they were spending maybe 20 or 30 minutes trying to perfect their selfies. I kept thinking, You’re missing the music!

I love taking selfies myself, if it’s just me in my apartment, and I like, did good makeup. But in that instance, it feels like you’re missing the parts of life that make it fun to enjoy.

Yeah, definitely. I feel a bit lucky. Being 28, it means that you were around in the era before the internet took over and camera phones and all that stuff. You have the knowledge of what it was like before, but also you’re young enough to experience exactly what it is now. Obviously, your parents may not know what Instagram is or whatever. It’s nice to have that balance—to know that, Actually, it was cool before when I didn’t know everything about Erykah Badu or what she ate for dinner, and to be able to pull away from it when you want to.

The problem is that now, 10 years on, when people have grown up with iPhones or the earlier versions of camera phones and social media—that’s all they know, and that’s all they see. So it’s a shame, but I hope that at some point, there will be enough people around to show them the way. That’s why I try to not put so much of myself up in my own visual content. I’m not in any of my music videos yet. My artwork for my two EPs, at least, they’re just my hands, just to say it’s about the music and not about me. For the moment, anyway.