Improv has offered a lens through which I can experience the world.

Make Your Own Zine 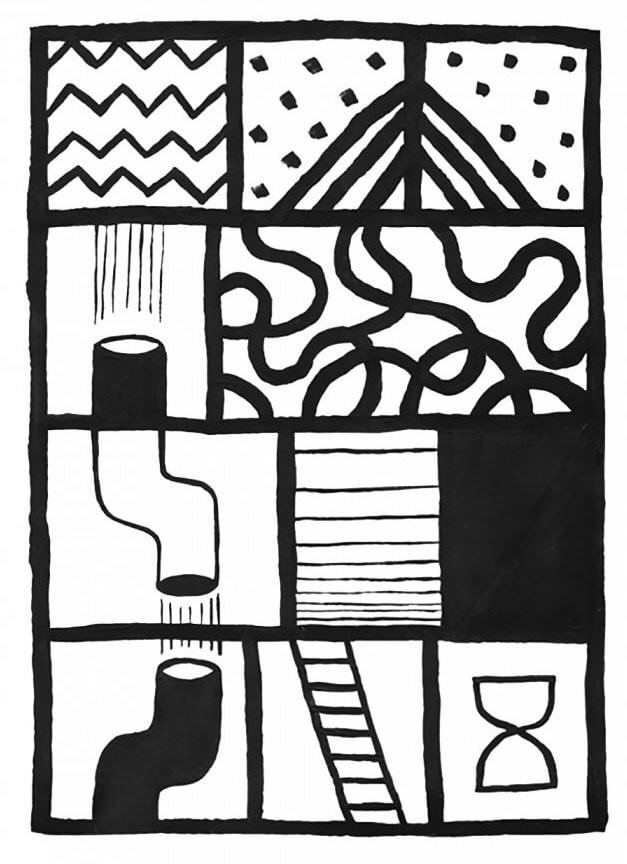 I made the impulsive decision to try out for my school’s improv team at the start of 10th grade. Before this not-so-carefully-planned decision, all I had known about improv was that Tina Fey liked it, but I was itching to get back on stage after graduating from a children’s acting program. I paced back and forth in the hallway to the drama room, thinking about how I could either catch my bus or listen to the voice in my head asking, WWTFD (What Would Tina Fey Do)?! The voice grew louder and louder until the overwhelming answer was, “GO FOR IT!” The Monday after, I saw my name, by some grace of the improv gods, on the list of the junior team.

I was constantly terrified of making a fool out of myself at practice. I thought I was really bad at improv, which made it so I was actually really bad at improv. I felt embarrassed that I didn’t know how to mime chopping carrots or talking on the phone, and even more embarrassed that I didn’t know something that everyone else on my team seemed to know; that improv is about having fun.

Come junior year, I was 16 and discovered that improv was something I couldn’t let go of. I chalked the last painfully awkward year up to one steep learning curve and decided to audition again. To my surprise, I ended up making my school’s competitive team. While there was more pressure than I had on the junior team, there was also a greater opportunity to have tons more fun! My first practices on this new team were both terrifying and intriguing. And the shows that I remember most vividly are the ones where I stepped outside of my safety net of playing “support” and took center stage as a main character.

To this day, improv has been the most influential aspect of my life. I’m currently a coach at my old high school for the same junior team that I was once on only three years ago, and I have also become a member of my city’s improv company, Common Crow! Improv has offered a lens through which I can experience the world. The best parts of me have been touched by these nuggets of wisdom, and it all started with learning how to say yes.

The rule of “YES, AND” was the very first thing that I learned as an improviser. Before improv, “no” was almost always my immediate answer. A conversation would go a little something like this:

OK, that’s a bit of an exaggeration, but I always felt as if “no” was my crutch, because it saved me from any potential embarrassment and awkwardness. In ninth grade, my friend asked me to go to a concert with her after two months of being in the same class. I pulled the classic, “Um, let me ask my mom,” and never ended up calling her back. It took a good couple of months of doing improv to realize that saying “NO!” would stop me from enjoying all of the benefits that “YES!” has to offer. In improv, “no” stops a story in its tracks, while “yes” moves it forward, but it’s the addition of “and” that takes a scene to the next level! Applying the “and” to my own life meant, not only agreeing to go to a concert with a new friend, but ALSO asking her if she wanted to come to my house before so we could get ready together. Nowadays, I try to replace “NO” with “YES” and “BUT” with “AND,” and even if it sometimes means I make a fool out of myself, then at least I’ve tried something new.

If there’s one thing that I will always say yes to, it’s admitting that I had a huge fear of making mistakes when I was younger. Even though I had learned so much about myself as an improviser and human being, my competitive improv team in high school ended up coming in second place in my province. There was a lot of pressure put on us to win (I can still remember our teacher-coordinator talking about pre-ordering jackets for when we would “inevitably” beat our rival school at finals). Coming in second SUCKED, but when I reflect on the lessons I learned that year, I’m reminded that they are WAY more important than any refurbished bowling trophy I could’ve received. “Losing,” as some Negative Nellies would like to call it, taught me that the joy of doing something that I love can’t be measured by competition. It’s something that’s felt inside of my soul, something that speaks to the innermost parts of my being. Besides, if I wanted to compete and come in first place in stuff then I would, like, do sports!

Eventually, my willingness to fail made a transition from the stage to my everyday life. This year was my first year of university, and I felt like I had made a huge mistake by only taking three classes and not declaring a major. Alllll of my friends were in rigorous, 30-credit hour programs while I was anxious about not feeling busy enough. Within a couple of months, I ended up filming a short film, coaching improv, becoming involved with Common Crow, and writing again; something that brings me SO. MUCH. JOY. Everyone knows the really famous phrase, “failure is not an option!!!” Well, to that I say failure is an option and, sometimes, it’s the better option because it means you have an opportunity to go on an adventure of your own!

Improv is a sport that never has an MVP, because, ideally, everyone is one all the time. I learned early on that it was my job to try to make every improviser on stage, and NOT MYSELF, look like the MVP. When we make our friends look like the Most Valuable Player of LIFE, we take the pressure off of ourselves to hold the title. Learning how to stop feeling like I was in competition with the beautiful and clever women around me has made my life so much less stressful. Maybe losing finals has turned me off from competition, but improv is a constant reminder that I need to stop feeling like I’m competing to be the Funniest Person in the Room. Besides, it’s way more fun to be the Most Supportive Person in the Room. This improv lesson is the one that I most often forget, and it’s not because I’m totally self-absorbed! (Well, not completely anyway!) I think it’s because I’m still at an age where I believe that people spend their time thinking about the things that I do. Improv reminds me that everyone is focused on what they’re doing, so no one is noticing that I wore the same outfit two days in a row or that the pimples on my forehead form a triangle. If they are thinking those things, then it shouldn’t even matter because I’m too busy trying to make those around me feel supported and loved!

Complex, beautiful, life-changing improv comes from being 100 percent in the moment. It means making spontaneous decisions and trusting your teammates to the point where you don’t even have time to be anxious about what just happened or what could happen. The unfortunate part is that if everything happens in that moment, then after that moment is over, it’s gone forever. If you have an absolutely terrible show, it’s alright, that show is never going to happen again. But if you have an amazing show where you reach some level of heightened creativity that makes you feel like you really are ALIVE, then that show, with those people, in that place, will never happen again. This is a lot like life, too.

There was a day this past February that I think was the best day of my whole year. I spent the entire day over at my boyfriend’s house, and all we did was watch movies. This was our first day together in a month because of our busy schedules. We watched Inside Out and I cried. That was it. It was so simple, but I would give anything to find a way to keep that moment from slipping through my fingers. That moment, plus many others. Like seeing my friend for the first time after her four-month trip to East Asia. Or, finding out that my best friends got into the programs of their dreams. Or, stepping off stage after a great show and feeling so present and so in the moment that I want to cry.

These are the improvised scenes that make up my life. Improv has taught me some of the most important lessons that I will ever learn. I didn’t know what was in store for me when I decided to audition four years ago, but I do know that it has, for better or worse, been the biggest adventure of my life. ♦

Riva Billows is an over-caffeinated 18-year-old whose personality is 30 percent the last movie she watched and 70 percent the outfit she’s wearing. When she’s not keeping up to date on the latest memes, she’s improvising her way through life and sharing important pictures of her cats on Instagram.