The Regrettes: A Living Human Girl

The premiere of the band’s “cupcake” of a song. 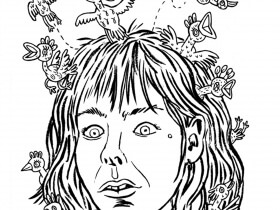 All the Things That Matter Now Won't Make Sense Later: An Interview With Lisa Hanawalt 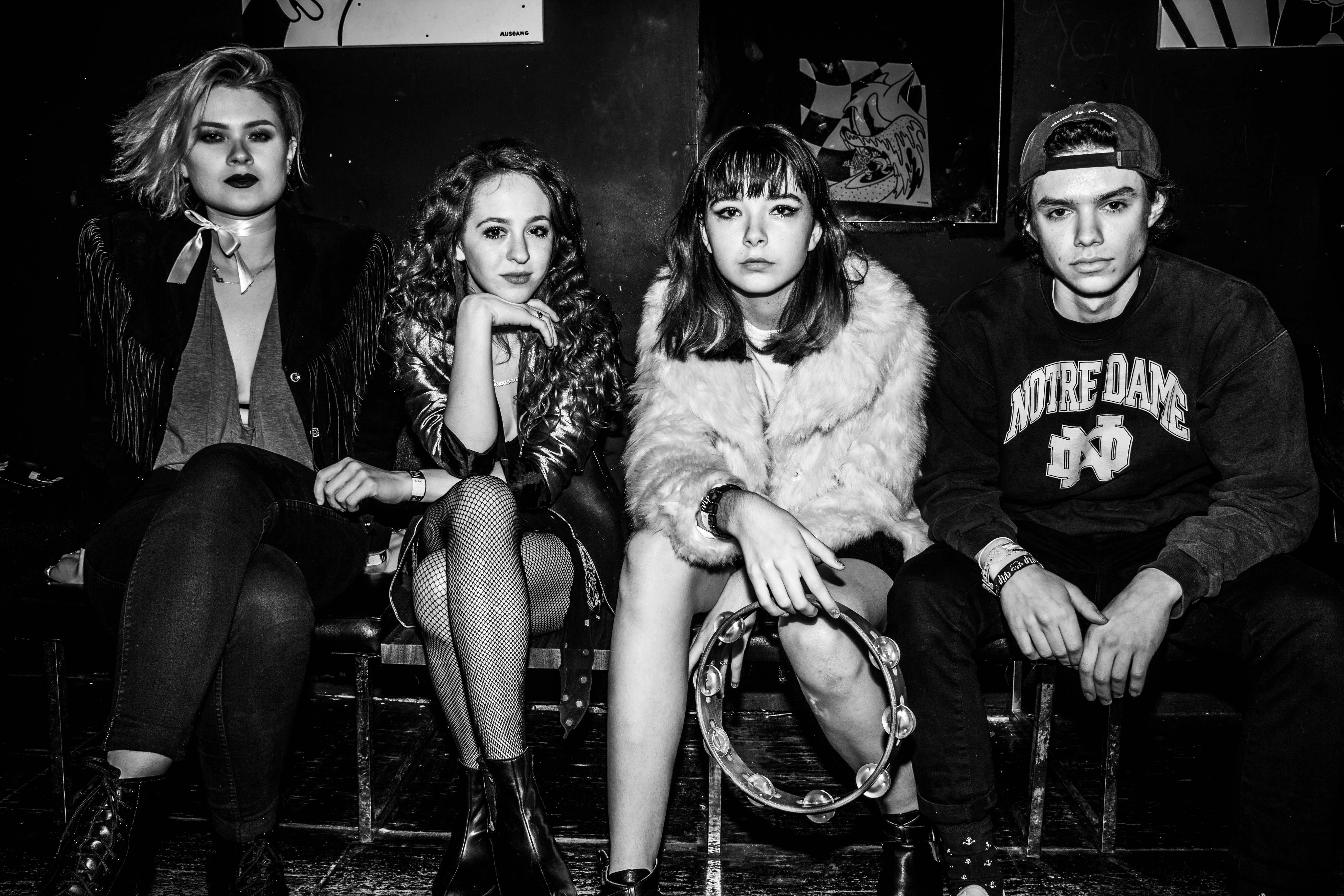 Lydia Night may call her band the Regrettes, but the 15-year-old songwriter has few to speak of when it comes to putting music first. Based in Los Angeles, Night’s tongue-in-cheek garage-pop uses humor and nuance to transform ’60s pop into soul-baring, therapeutic rock songs. “I look back at my problems through my old songs, and it’s funny now,” says Night on the phone. “I’ll think, How did this person affect me so much? But the reason they don’t anymore is because I wrote a song about it.”

Night calls the latest Regrettes single, “A Living Human Girl,” a deceptive “cupcake” of song. “I think that a lot of the songs are a play on the fact that I’m using my age and my gender to wake people up.”

I caught up with Lydia, one fourth and founder of the all-teen band, about underestimating teenage musicians, defying expectations, and unapologetically loving Grease 2.

BRYN LOVITT: Hey, Lydia! So let’s start at the beginning. How did the Regrettes come together as a band?

LYDIA NIGHT: Hi! Well, we actually met a little over three years ago at School of Rock, which is really random and kind of funny. I wasn’t there for that long, but that’s how we all connected and met each other.

School of Rock is a music school chain, pretty much. You can take lessons there, but there’s also a program that sets you up with bands or groups and then you learn songs, to play at different themed shows. There would be a Fleetwood Mac show, and then there would be like a girl group show. Stuff like that.

That sounds so rad. How old were you when you started going to School of Rock?

I think I was 12, but that’s not where I learned. I started taking guitar lessons when I was six, and I had my first band when I was seven.

Wait, please tell me everything about your seven-year-old band. That is amazing.

That’s funny because even now, your music has a total ’60s girl-group feel to it, with a lot of moving parts. The name alone makes me think of the classics, like the Ronnettes, and the Marvelettes. Did you grow up on oldies like those?

I definitely did. That probably will always be, and has always been, my favorite genre of music no matter what else I’m into. I never get sick of it, because there are so many bands from the ’50s and ’60s when rock ’n’ roll was starting and developing with Elvis and Buddy Holly. What’s really appealing about it is—first of all, it’s very catchy. And it’s when pop music was actually just popular music. I just think the harmonies are so cool and unbeatable. Groups like the Ronnettes or even the Crystals and the Platters are some of my favorites. There’s something so special about it that is just timeless, and people are starting to get back into that sort of music.

I like how you kind of roughed it up a little bit with garage-pop elements and attitude. That seems to be a really popular sound on the West Coast right now, when you think of bands like Shannon & the Clams and Seth Bogart. Did you ever watch movies like Cry Baby or Grease?

You just named two of my favorite movies.

I was in love with Johnny Depp’s character from Cry Baby. That was one of my all-time favorites, and same with Grease. I actually love Grease 2. For some reason a lot of people don’t. Grease 2 is almost better.

Can we just talk about how “Cool Rider” from Grease 2 is literally the best song ever?

That! I have videos of me as like an 8-year-old pretending I was on a motorcycle dancing to that song. I’m gonna cover that one day, I swear. It’s so good. All the music in that movie is so good. Like, it’s so underrated.

It’s fun and ’50s and campy in the same way that your music is, and I like that you have a humorous approach to the issues you address in your lyrics—like body image, gender stereotypes, and not being taken seriously because of your age.

There have been countless times, and there are songs on the record about this, where I’ve been talked down to because of the fact that, one I have a vagina, and two I am 15 and I’m making rock music. So I think that for a young girl in high school, or however old I’ve been, I’ve always had honest lyrics, and I think that people are kind of freaked out about that. I was watching this documentary about Kathleen Hanna, and she was talking about how people are scared of angry girls and a girl yelling. [Not only are people scared] because I’m a girl, but because I’m really young. I try not get offended, but it’s hard not to when people talk down to you because of how old you are.

That can feel like there are two strikes inherently against you.

It’s kind of when you go from being like “Lalala, I’m this little girl, oh how cute,” and then being like, “fuck you”—there’s some shock value there that I get some entertainment from. I like that. I think it’s funny.

Sometimes people think “feminist” music has to be harsh and aggressive when it isn’t always. There can be just as much strength in a lovely sounding song as in an intense punk song.

It’s like feeding people medicine in a cupcake, you know? Our drummer’s sister loves “A Living Human Girl,” and she’s seven-years-old. She may not know what it’s about, but when she’s older, she’s going to understand. She loves it because it’s a cupcake.

Cupcake punk. Thank you for making that a thing. ♦