A chat with Allie Hanlon about a new video! 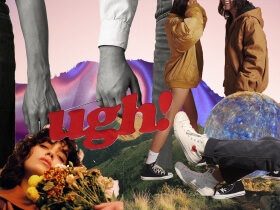 How to Make a Collage in Photoshop 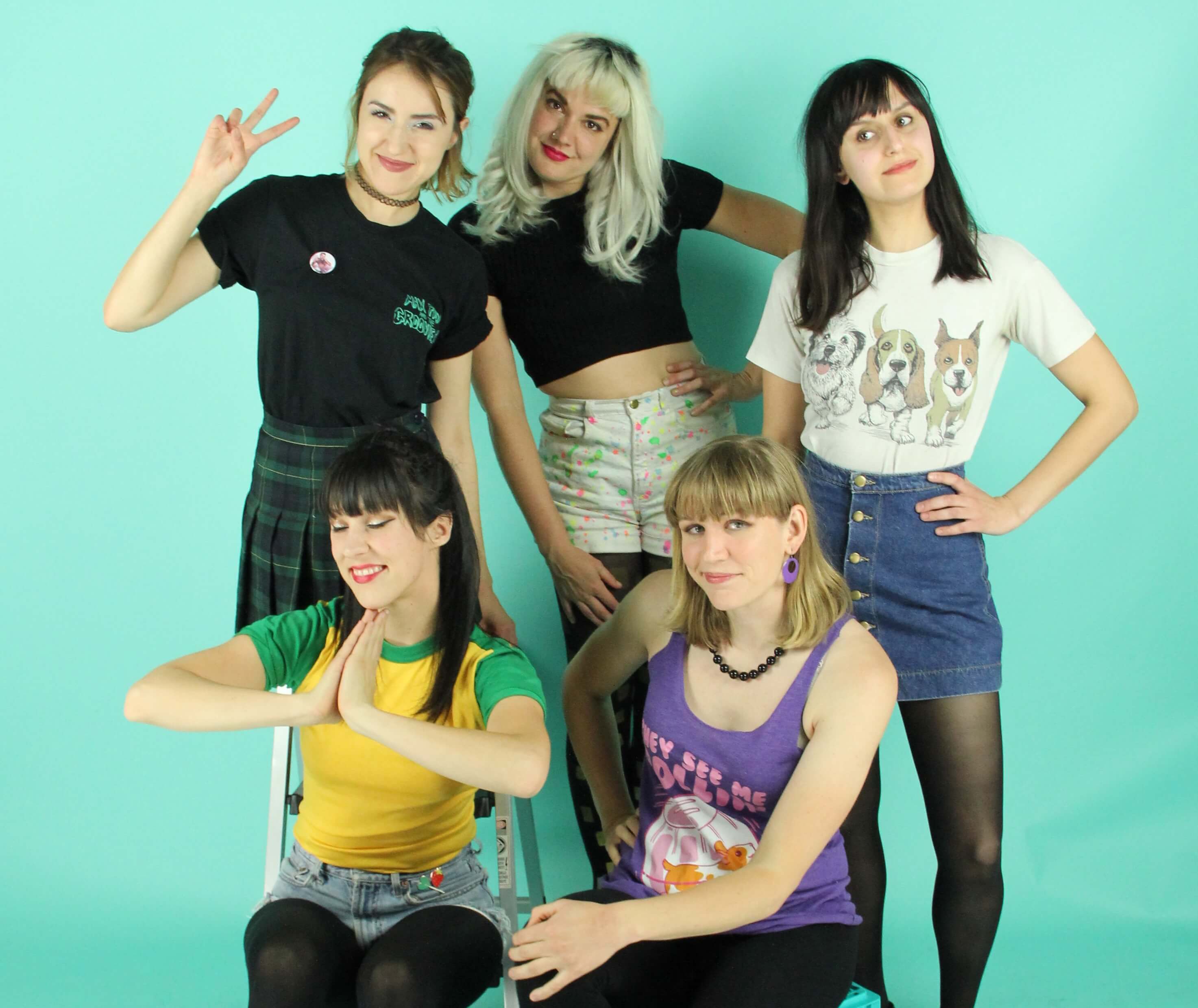 Peach Kelli Pop is a five-piece power pop brigade based in Los Angeles, devised by ringleader and multi-instrumentalist Allie Hanlon. The California (via Canada) transplant spent years transforming her bedroom hooks and harmonies into one of the hardest working and most beloved touring acts on the DIY circuit.

In this new video for the song “Stuck in a Dream,” directed by Devon Kirkpatrick, Hanlon lets down her signature ponytail and unplugs the amp to reveal an acoustic side to Peach Kelli Pop’s prismatic punk rock vision. Watch it here:

Allie spoke to me from the back seat of a van, as the band wound its way down the West Coast on its U.S. tour.

BRYN LOVITT: Hi, Allie! You’ve been in L.A. for a few years now, after relocating from Ottawa, Canada, and your neighborhood in Lincoln Heights plays a big role in the music video for “Stuck in a Dream.” How do you feel about life in your new home?

ALLIE HANLON: Lincoln Heights is where I moved after being in Echo Park for about a year. Echo Park was a place I knew fairly well and where I had a handful of friends—it was a cool place to move when I was unfamiliar with the city. I was working a dog-walking job that had me go out to many different areas, which is how I really got to explore the city after moving there in 2013. I ended up liking Lincoln Heights because it’s central but also a little off the radar. I rent a big house there with a basement where I write and record music. It’s really comfortable, residential, and blue collar. It appeals to the homebody in me. Slightly north of where I live is the GnarBurger record shop and my favorite coffee shop, [the one] you see in the music video. There are a lot of amazing, genuine, and community-oriented people in my area, as well as beautiful sights and scenery.

Peach Kelli Pop has one of the most defined band aesthetics ever—the ponytails and colorful guitars; the blown-out fuzziness of your earlier recordings. Were you hesitant to go in this new, almost acoustic direction?

I was very hesitant. I didn’t think “Stuck in a Dream” matched with the other two songs on the Halloween Mask 7-inch and was worried it would ruin the flow of the release. I later decided I liked the song and think it adds variety, which is important.

How have fans reacted to this new sound? Have you managed to fit it into your live sets?

We haven’t played the song live yet! Peach Kelli Pop has a handful of songs that have never been played live. We play “Halloween Mask” and “Hundred Dollar Bill,” the other two songs on the 7-inch, but not this one. I still want to teach the girls to play this one, because it’d be fun to perform an acoustic set. Fans have responded really well to the song, it’s been nice. All our emotional and most vulnerable songs evoke the most reaction from fans it seems. I actually want to make an all-acoustic release because of this.

When did you write this song, and what were you going through at the time?

I wrote the song on a hot afternoon in L.A. I am the happiest I’ve ever been in life, but [I] still end up wondering about my choices and people who are no longer in my life. The song was inspired by a combination of feelings of regret and missing friends, lovers, and specific times from my past.

You’re in front of various reflective surfaces in a lot of these shots. Is that because this is more of an introspective, contemplative song than some of the showier, super high-energy songs?

The surfaces portraying self-reflection and self-doubt were intentional. Our live show is kind of its own thing—we try and connect to the audience through putting on a positive and high-energy show where everyone can have fun. “Stuck in a Dream” communicates honest feelings of regret and sadness that I think most people can relate to in their own lives.

Does the bit with the declined credit card have anything to do with financial realities of playing in a band?

We were trying to portray social embarrassment and disappointment, but it definitely mirrors a reality of dedicating your time to music. Your energy and work quite often do not amount to anything lucrative, and you are asked to work for free on almost a daily basis.

There’s a super poignant moment when the lyrics are saying how lost you are and you’re flipping through records and cassettes. Do you look to music when you feel lost?

Music is one of the only dependable ways to cheer me up or make me feel like things will turn out OK if I’m feeling bad. A good song can reach straight to your heart and change your perspective, or your life! I like to remind myself of that when I experience self-doubt over dedicating my time to writing music and playing in a band.

Can you tell us a little bit about the team you worked with to make this video?

Devon Kirkpatrick is actually a dog walking client of mine—I walk her two amazingly adorable Brussels Griffon dogs quite often. [One of the two, Theo, makes a cameo in the video.] She is an incredible director and filmmaker. Moira Morel is a legit-AF cinematographer in L.A. I felt so lucky to work with both Devon and Moira. I was very happy and comfortable working with other experienced, assertive, and creative women. All of PKP’s past videos have been made DIY and on the cheap. I really wanted us to have a well done, quality music video and completely trusted Devon and Moira to deliver. ♦