“Put it out there”: Michelle Zauner talks about accepting imperfection, and her new The Craft–inspired video. 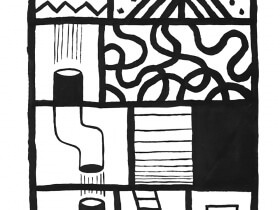 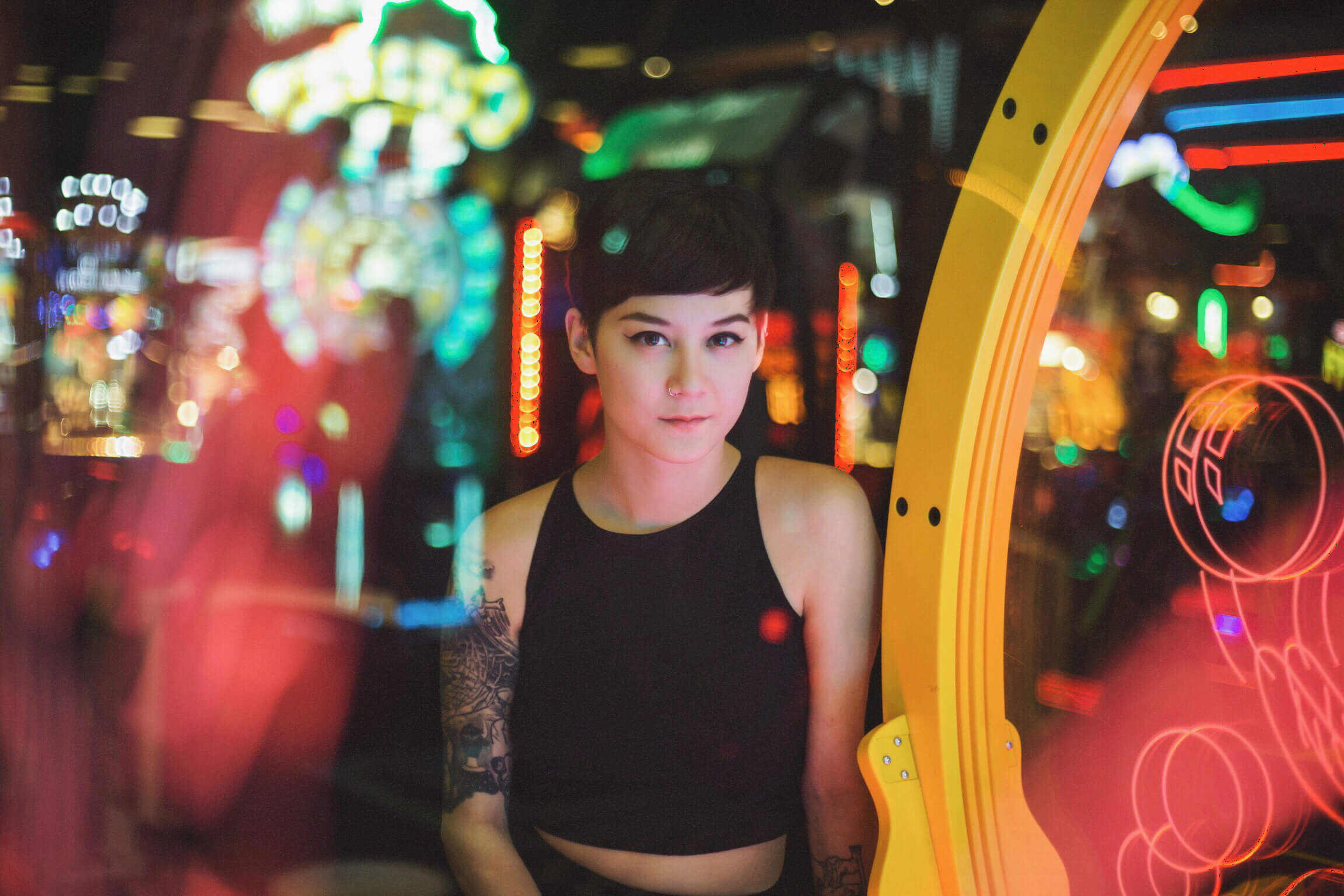 Japanese Breakfast is Michelle Zauner’s first solo project since fronting the Philly bands Little Big League and Post Post. The songs on Psychopomp were written over the past six years, some after the passing of her mom.

How did the concept for this video develop? Is it something that you and the director, Adam Kolodny, came up with together?

After the “In Heaven” video, I knew I wanted to work with Adam again. We wanted to do a really dark, witchy video. So we both made moodboards for it, and they were just perfectly aligned. I knew that I wanted to have really dark shots, where the background was pure black, with lighting from headlights. I wanted to reference the ’90s movie The Craft. Then Adam brought in this True Detective daytime vibe. He was also the one who created the narrative with the artifacts. We went to Freehold, New Jersey, and filmed it in his parents’ backyard. We drove around in this vintage Volvo, filming with a car camera and a drone.

Who’s in your coven?

Stephanie Griffin, who does a lot of work with the Silent Barn; Gabriela Tully Claymore, who writes for Stereogum; and my friend Lila Patil, who’s a designer. It was a cool crew, and we had a lot of fun.

I wanted to ask you about making art after losing your mom. People often say that they made art “out of” something that’s happened to them. Like, “I wrote this song about a breakup.” But maybe that’s not the only way to think about making art after something devastating happens. How would you put it? Were you working through something, or rather working in spite of what was going on? What was the process of making art while you were in that emotional state?

My grief really surprised me. I’m a very open book and have always been a very outspoken person. It was the first time that I felt very quiet and didn’t really have anything to say. I felt like my grief was so specific and I couldn’t relate to anyone. [Music] was something private and productive for me to work on. After my mom passed away, I was stuck in Oregon for another six months. I’m an only child, and it felt so wrong to leave my dad in the woods in this house that was so entirely decorated by my mom. So I stayed for an extra six months trying to help him emotionally, and trying to pack up the house and put away her clothes. I needed to have something that was mine, a conversation with myself. We had a little cottage at the bottom of the property that I would go to every day, and that was part of my grieving process. It was also a weird time because I was 25 when it happened, and that was always the year that my mom really emphasized, like, this is when you [become] a real adult. So I felt like I couldn’t just collapse. I wasn’t allowed to just be depressed and not do anything. I had to stay productive and active. I don’t know—it’s really weird and so sad because I was incredibly creative in the wake of her death. It’s so sad to me, because I feel like she would be so proud of me, but all of the art is surrounded by her death.

Before Psychopomp, you released a 30-day writing project called June, where you wrote and recorded a new song every day and then posted it online. I was thinking about the vulnerability it takes to put a project like that into the world, and how different that is than an album like Psychopomp, which is produced and cohesive and polished. How do you deal with being “imperfect,” as an artist?

It’s really hard. That’s why, particularly, a lot of women struggle with making music. Dudes can be such assholes about it and really pick at you for not being technically proficient, but everyone has different strengths and weaknesses. So doing something like [June] and putting it out there was a way of ensuring that [the songwriting] got done. Every time I write a song, I want to share it with people, and this was a way of doing that immediately. It was also just a way of forgiving myself—if everything is in the key of D, or there aren’t complicated arrangements, or my singing sounds flat, that’s OK. Put it out there: If it’s meant to have a better version, then go back to it.

I liked the way the words sounded together. I like eating Japanese breakfast, and I grew up eating it. Even though I’m half Korean, I liked that the word “breakfast” sounds very American, and that Japanese along with it sounded foreign and mysterious. I’m always nervous that a lot of people assume I’m Japanese now, and that’s frustrating because that wasn’t what I intended. It’s weird. There was never a part of me that wanted to present my ethnic identity to the world. That’s a private thing. Especially when you grow up mixed-race, people are always asking you, “What are you? Where are you from?” and it’s not really something I want to openly share. Now that I have this band name, it’s something that people assume—but that was not the intention.

Could you tell me about your tour with Mitski and Jay Som this summer?

I’m super excited! This is the first tour I’ve ever seen with three Asian-American women on a three-band bill. I never would have thought, growing up, that I would have seen something like that. It would have meant a lot to me when I was younger—it still means a lot to me. I am really excited to share it with people. I love Mitski and I love Jay Som, and I am really excited to see them play every night. It was the number-one tour I wanted to go on and I feel so lucky that we got it! It’s the perfect tour. ♦