Recommended books of daring and adventure. 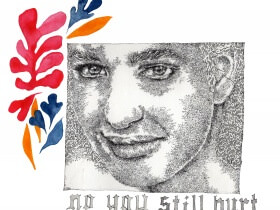 Too Beautiful for Words

The Girls
Emma Cline
2016, Random House
What is it about cults that is so alluring? For me, the fascination has always stemmed from a misguided desire to leave everything familiar to me behind to start over with a group of off-the-grid strangers. I will be someone totally different! I will grow my hair to my waist! I’ll eat…a macrobiotic diet? But for my every dream of bralessly strumming a guitar in a field somewhere far away from the anxious rule-follower I actually am, there’s the reality of doing chores for some egomaniacal (potentially abusive) cult leader with quinoa farts. Which is why I’m thankful that characters in books exist to take these risks for me.

Emma Cline’s debut novel, The Girls, follows 14-year-old Evie, who is convinced she’s about to spend the summer of 1969 toiling in an endless cycle of boredom in her sleepy California wine country town. That is, until she spots Suzanne, a 19-year-old member of a soon-to-be-infamous community taking orders from a charismatic Charles Manson-esque leader named Russell. Enamored with Suzanne and her carefree, older-sister vibes, Evie ditches her summer plans to spend more time with her at Russell’s ranch. In an effort to pull away from her “real” life, Evie gets mixed up in Russell’s stew of manipulation, sex, and obsession, which can only inevitably boil over into something unspeakable. Through Evie, Cline explores the kind of loneliness that can plague us when we’re most unsure, the kind that makes us think that leaving home, changing our names, and being accepted by a group of “enlightened” strangers is the answer to happiness. I walked away from her book having satisfied my cult-curiosity, grateful that I could walk away at all. —Maura M. Lynch

On the Move
Oliver Sacks
2015, Knopf
Cue up all the tears. This memoir, written by the late British neurologist Oliver Sacks, gutted me through all 416 pages of its pages. There wasn’t a single passage that didn’t inspire me with Sacks’s intelligence, humor, kindness, and perseverance. He was a phenomenal storyteller and educator whose life was full of love, gratitude, and adventure. Sacks lived through drug addiction, adversity in the medical field, guilt of leaving home in the U.K. to fulfill his dreams in the U.S., a motorcycle road trip, competition with the muscle men of L.A.’s Venice Beach, having his book Awakenings adapted into a film (the late Robin Williams portrayed the fictionalized Sacks), coming out gay as an older man, saving people like a superhero, and [infomercial voice] SO MUCH MORE. This memoir is so full of LIFE that it will remind you of all the amazing things that can be accomplished with some grit and passion. Tragically, Sacks died of cancer just a few months after the memoir was released; there’s so much sadness in knowing Sacks wrote his incredible story just before terminal illness would play into his narrative. But if anything, Sacks’s memoir is a pure celebration—not a eulogy—of a time that was so incredibly well-lived. —Jinnie Lee

The Nightingale
Kristin Hannah
2015, St. Martin’s Press
I was assigned The Nightingale for English class, and OH MY GOD did I love it. Set in France during World War II, it is a brilliant story of two sisters, Vianne and Isabelle. Kristin Hannah writes with such a poetic and eloquent voice, I was hooked from the moment I opened the book. The Nightingale intertwines concepts of love, strength, survival, and will. Isabelle is a passionate teenager searching for purpose in the chaos of the war. Her sister, Vianne, is the mother of Sophie and wife of Antoine. After saying goodbye to her husband, Vianne must learn how to live on her own, and to protect her daughter and those she loves. The novel is packed with emotion; the characters are brought to life through beautiful descriptions and heartbreaking dialogue. The novel provides an animated portrait of how the war affected French citizens, especially the women and daughters left behind when men went to battle. Hannah writes about the war with such insight and factual affirmation; she transported me to an unknown place, yet made it feel unexplainably present. —Lauren Tepfer ♦