Some things that make the singer-songwriter as animated as a YouTube makeup guru. 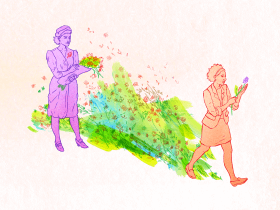 For All the World to See 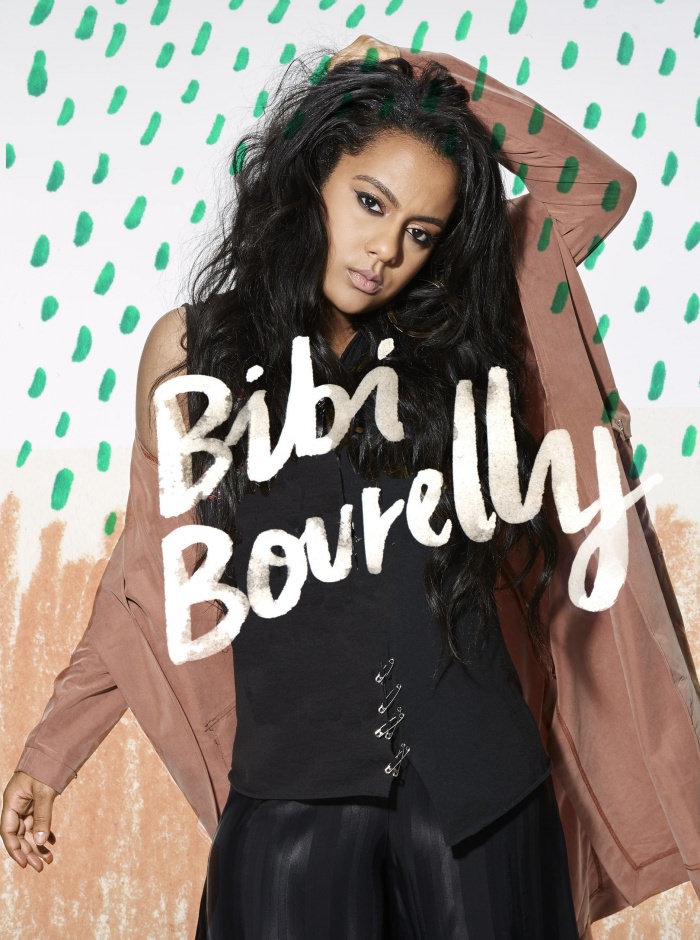 Consulting with the 21-year-old singer-songwriter Bibi Bourelly about her five favorite things was an absolute must. At 19, she created the Ultimate Business Motto as co-writer of Rihanna’s “Bitch Better Have My Money,” and the Berlin native has also worked with Selena Gomez, Usher, and Nas. That’s all before making her late night debut on Jimmy Fallon earlier this year in support of her single, “Sally,” and the release of her first EP Free the Real (Pt. #1).

Between all that, and putting together Society Sessions—a creative party showcasing music, art, dance, and artistic talent in general—she’s busy. But she still found time to talk to us about the things she loves most, while posing questions about Jean-Michel Basquiat, offering style tips, and making us seriously crave sushi.

1. Jean-Michel Basquiat. I was watching the Basquiat documentary after surfing Instagram and stumbling across Basquiat’s work, which is really crazy. I started looking at his art and I’m realizing, Gosh, did he know at the time he was alive how big of an artist he was going to be after he passed away? As I’m looking at his art, I’m thinking, Who owns the pieces of art? Because they’re probably selling for millions of millions of millions of dollars. And then I thought, What kind of person [would he] have wanted to own his art? What kind of person would he just give the art to? How did he feel about his art?

Watching the documentary reminded me a lot of myself. Basquiat was a city kid who would just draw graffiti around New York. Watching his interviews I’m like, he’s just a normal kid—he’s just like us—who was incredible at drawing, who worked really hard, who ran into Andy Warhol, handed him a book, and [Andy] liked what he saw. It’s kind of like my story in a weird way. So I became really obsessed with [his] story because I connected so much with it. So normal, so casual, and probably being taken for granted during his time, and then after he passes, everybody wants a Basquiat painting. But who would he give his art to?

2. Sushi. I’ve always been obsessed with sushi. My new discovery is Blue Ribbon in New York City. I’ve been eating at Iroha, which is the best sushi spot in L.A. in my opinion—super good. My favorite dish at Iroha is yellowtail and jalapeno, like, melt in your mouth, it’s so good. I got put onto Blue Ribbon when I came here to New York through a friend. She took me [there] and put me onto these weird-ass dishes like tuna tartare which is smushed tuna and an egg in the middle, but it’s real Japanese style. I ate it, and at first I thought it was really weird, but I just kept eating it, and thought, This is actually pretty good. I tried the yellowtail there with the jalapeno and it wasn’t anywhere near Iroha, and it never will be, but I love the salmon sushi, I love the dragon rolls, Blue Ribbon is a really great sushi spot.

3. Earrings. I have developed this new obsession with earrings. But not like earrings from H&M or Zara or Forever 21 or even Bvlgari or whatever that fancy-ass label-name jewelry brand is called—street market earrings. I got these earrings from the African Market yesterday and I’ve really become crazy obsessed with earrings that you find at the market that are handmade with beads and weird shit. I walked into this Japanese woman’s store in New York, and she had this earring which was once a necklace. It’s like a hand and it’s this really weird corky thing. I just feel like you can express and change the entire vibe of the outfit with a pair of earrings. You can dress it down, you can dress it up, you can dress it sideways. Any which way you want, you can dress it.

4. A boy. Because he’s so cute! Every girl knows [someone] who just knows exactly what to say and how to talk. That’s what I’m dealing with right now. He says weird stuff, [that] he likes all these weird parts about you, and it’s like, “This can’t be real, you’re a liar. But keep talking and telling me your lies because they sound so good.”

5. Nude metallic lipstick. I love nude lipsticks because they just look so natural and give my face an even color. The metallic colored ones I like, because they’re not too pigmented. It’s not like, “BAM! I’M HERE I’M IN THE ROOM.” It’s more like, “Ooh, is that purple on your lips?” when you look very closely. It just adds a little purple plush to your lips. Yesterday I had my girl Amber do my makeup for a shoot, and I had this bronze makeup with this metallic purple lipstick. And I just loved the look! It was like, “Gosh, this is the most amazing thing ever!” I feel like I’m very animated right now. I feel like a YouTube makeup guru. ♦