Gameplay: Create Your Own Virtual Adventure 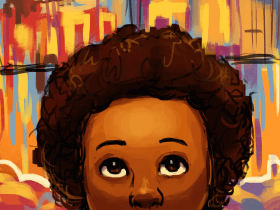 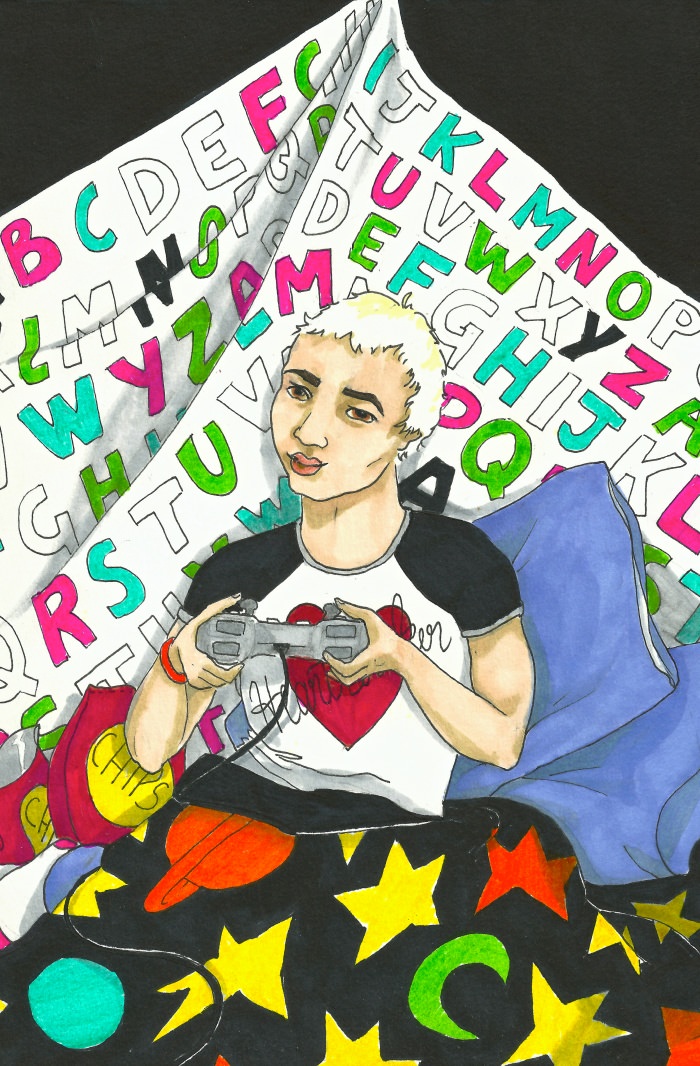 Mattie Brice is a video game critic and maker. She’s the creator of games such as Mainichi, a top-down role playing game about daily life, and Blink, a Twine game about dating. Twine games are played on a computer, made with Twine, an HTML-formatted tool to make text-based choose-your-own-adventure–style games. Many people use Twine to tell personal stories. Blink puts you in the point of view of a guy that Mattie dates.

I first found Mattie through her unstoppably brilliant Twitter, and have since played some of her games and read her writings. Some of her writing on dating while trans really affected me and have stuck with me over time; as seen in Blink, she is deeply attuned to the choices that she and others make in this sphere. Mattie self-releases almost all of her work, and speaks across the country at gaming conferences on representation in games and other topics. I spoke with Mattie by Skype from Philly to Brooklyn.

ANNIE MOK: June’s theme is Adventure. When I tell people about Twine games, I say they’re a lot like Choose Your Own Adventure books.

MATTIE BRICE: I’ve been playing a lot of visual novels lately, especially dating sims. I really enjoy dating sims, especially the ones that are specifically for women audiences.

For readers who don’t know what a visual novel or a dating sim is, can you explain what those are?

It’s a typical choose-your-own-adventure hypertext narrative, but with visuals that go along with it. Visual novels are known to be from Japan, and they’re associated with anime and manga. There’s a whole bunch of “what is or isn’t” a dating sim, but in general, dating sims are visual novels that focus on dating characters. This is an entire genre of games. Otome games are dating sims that have a woman protagonist, typically interested in dating men. There’s BL [boy’s love] or shounen ai which is a guy protagonist who dates other guys, and then there’s shoujo ai or yuri, which is women characters who are pursuing [women]. There’s this assumption in general that visual novels are for guys who wanna date girls, and the wide majority of visual novels are for those people, but there’s been a big explosion for people who are not dudes looking for girls.

What in general draws you to visual novels? With its limited animation style, players just have a few key frames of characters’ emotions. How does that force the player to use their imagination in a different way than a fully animated cutscene?

I think the draw of visual novels is that it’s the midway point between reading something and watching something. Visual novels are mostly my, like, trashy romance novel. Even though they’re cartoonish, I find that a lot of visual novels and anime delve into dark or intensely deep territory. Not always well, but they do it more than other things in America, or Anglophone art does. Animated things’ potential for all these serious [topics] open up, because you don’t have to worry about live actors.

And not to say that visual novels are necessarily easy to produce, but they’re easier to produce than anime, and they’re definitely easier than a comic. It’s really hard to make comics. It’s easier to make visual novels. [It’s true!!!—A.M.] So there is this sweet spot in the amount of writing you’re getting, and the visual-ness of it. The visual aspect of it creates some intimacy because the only visuals that are in visual novels are the backdrop and the character. Most visual novels are dialogue driven. You get this unique interaction. There’s exposition, but the vast majority is [second-person] dialogue. And with animation in general, or novels, they’re not [usually] dialogue-based, especially second-person dialogue-based.

What’s interesting is that, as you mentioned, the animation is not live, continuous animation. A certain amount of expressions is used and they’re cycled through. I don’t find that too limiting. Fully voice-acted video games have been a double-edged sword. In some ways, they’re more theatrical and more like movies, but in others, they’re still very stock. They just don’t sound very convincing or good. And bad writing you can tell way more when it’s spoken dialogue. A lot of expressions take on something very quaint.

Have you made a visual novel?

I wanna make a visual novel every single day of my life. I love visual novels. I might attempt to make one. The hard part is that you still do need visuals, and I’m not a visual artist in any capacity. I could just team up with a visual person, but it never has happened. I’ve been considering ways to use ASCII art. I have lots of ideas. [Visual novels] explore a lot of interest because it’s a genre that specifically incorporates replaying it into its structure and into its narrative. Or at least good ones do that.

Ren’Py is a [visual novel maker] tool a lot of people use. I’ve tried it and found it really user friendly. And there’s Sortingh.at that breaks down different tools [to make games with]. What would you recommend for teens interested in making their first game?

If you’re interested in the choose-your-own-adventure format, Twine is an obvious one, the first thing I’d recommend. Its newest edition makes it easier to do a whole bunch of stuff, and you don’t need to know how to program to use it. But if you want to learn some Java, you can manipulate it even more. [For] visual novels themselves, Ren’Py, as you said is great. TyranoBuilder is also really good for making visual novels.

I’ve used RPG Maker for my games. I don’t use it to make RPGs; I make narrative games with visuals. RPG Maker has a vibrant community and there’s multiple versions of it. So, if you don’t wanna get the latest, most expensive one, you can get the cheaper, older one, and there’s still this large community that you can access through forums and stuff. For [easier narratives], Inform is a classic parser adventure tool. But, all you need is a hyperlink. If you can create hyperlink, you can create interactive novel fictions. 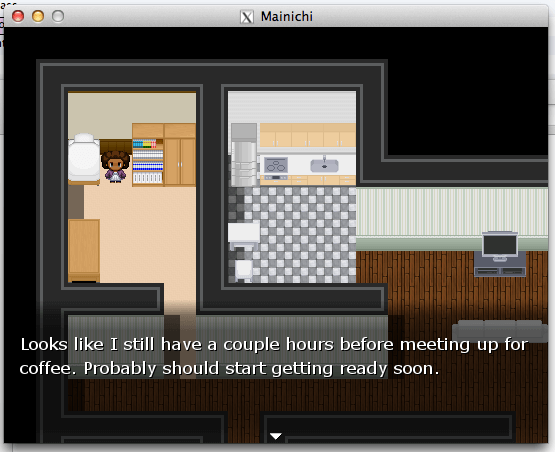 If you were talking to young people about games—the possibilities of games and making games—which games would you recommend to them?

And that includes your work, too.

I would say my games are higher in concept, but—[I made] my game Mainichi, if they find it interesting and of some note, in like a week. That game was not some huge labor…tens of people, millions of skills. I just wanna demystify to a lot of people that you don’t need this intense process to make video games. If people find my game Mainichi to be at all good, then they should consider picking up a DIY tool. ♦