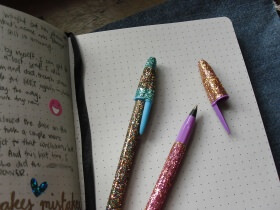 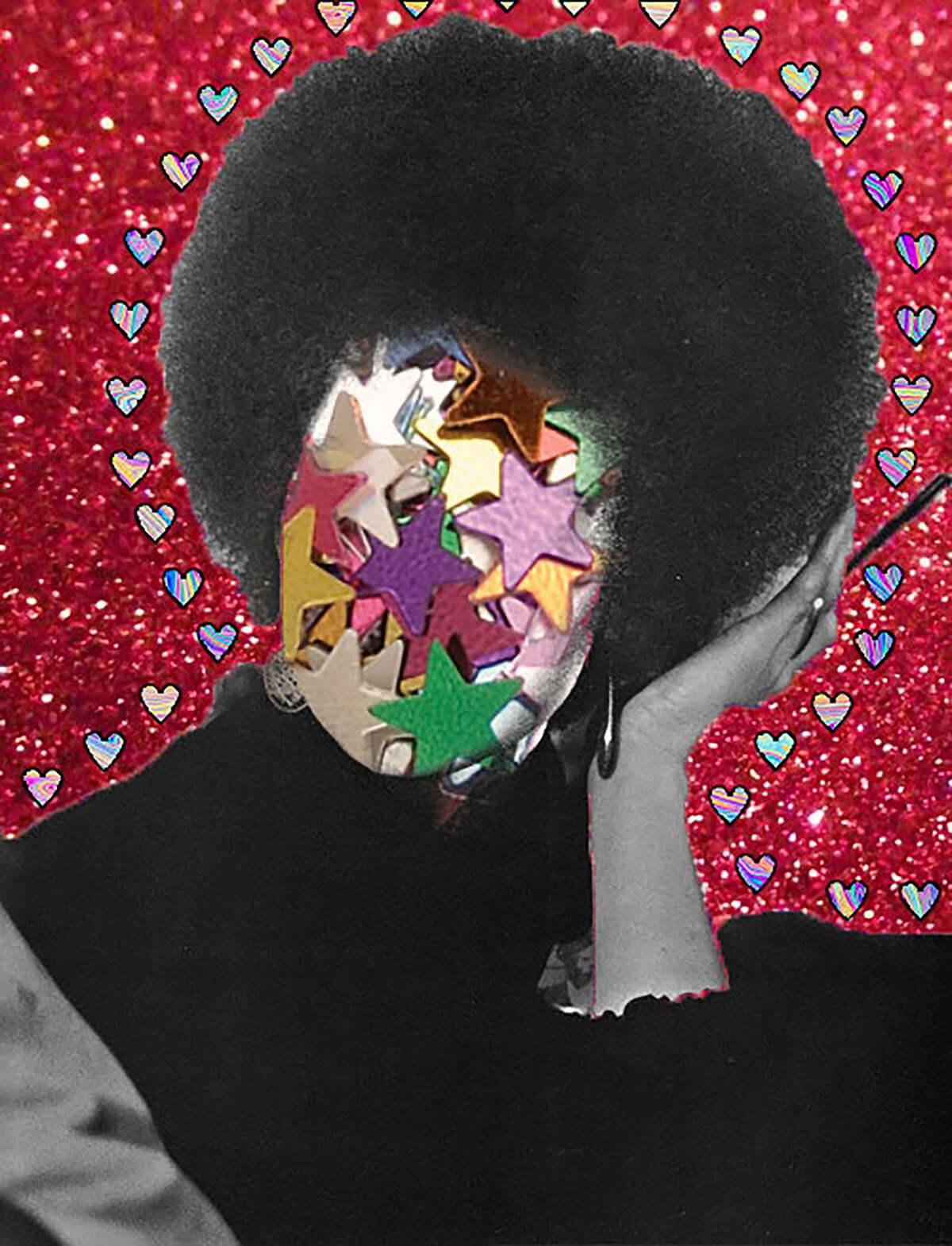 My parents say I was born confident. Like I hopped out of the womb with some unsympathetic swagger that warned my peers to beware; I wasn’t afraid of them or anyone else for that matter. I’m lucky to be able to say that that persona has never faded over the years. I was equally as sure of myself at 12 and 13 as I am now, which is what makes my dating life that much more unsettling in retrospect. How I started dating and grew into my sexuality doesn’t quite match up with a girl who is sure of herself. Instead, it paints a portrait of someone so hungry for affection and male approval that she will allow herself to be disparaged.

At 13, my boyfriend, Brandon was undoubtedly the cutest boy in school. He was the first guy I’d ever dated and he made me feel one hundred times cooler than I had when I was single. Brandon played lacrosse and wore Vineyard Vines, the white-boy uniform at my middle school in Princeton, New Jersey. We were in the same friend group, so it wasn’t surprising that we were dating. Dating Brandon didn’t really change my day-to-day life at all, it just made me the first girl in the seventh grade to have a boyfriend, which was the entire point of dating then—just to say you were doing it. The fact that it was Brandon only added bonus points.

I didn’t feel any less cool when he’d tell his friends that he had jungle fever, which served as an explanation as to why he was dating me. It wasn’t that people even asked, I honestly doubt they would have questioned anything he did, but Brandon loved explaining his infatuation for me to anyone who would listen. In the seventh grade that was everyone. Brandon would tell our classmates all about his supposed jungle fever, even fanning himself at times to add effect. The most worrying part is that, at the time, I didn’t even realize that what he was saying was offensive. We broke up three months into the relationship, for completely jungle-unrelated reasons—something about me having a crush on someone else. I distinctly remember Brandon telling me that he didn’t particularly care if we broke up, he had gotten over his fever weeks ago.

Months after boyfriend number one came boyfriend number two. I dated Jacob because he had blue eyes, which I had read in Seventeen magazine are attractive on a guy with dark hair. So I figured that when Jacob came up to me after math class and asked me to be his girlfriend, I should say yes. I also liked that he was honest. He was straightforward when he told me that he liked me. He was upfront about what he was doing and who he was with. He never kept me guessing. He was refreshing. And when he explained that half the reason he liked me was attributable to my ass, I just took it as him being honest. We were sitting on my bed, working on a biology project and I had to stop cutting and pasting for a few moments to roll that sentence around in my head. I couldn’t help asking why, to which he answered, “That’s the point to dating a black chick. It’s all in the booty.” In all honesty, I hadn’t even noticed my butt until Jacob told me he liked it. He went on to explain that white girls don’t have butts, which is why it’s so hard to live in Princeton as a guy. Without understanding what was so significant about my ass I gave him the benefit of the doubt. I mean, I watched MTV, but I didn’t really get it. Which is probably why I didn’t internalize his statement or his reasoning, I just let it float in the air for a while, before promptly changing the subject back to bio.

My third boyfriend was Latino, he played the guitar and brought me a flower on every date. Each flower came with the same message, “You’re the first black girl I’ve ever been with.” I liked the flowers, but could’ve gone without the qualifier. Boyfriend number four: Tall, blonde, and with an English accent. He would always tell me I was, “beautiful, for a black girl.” I once told him I was just beautiful, like, in general; I didn’t want him thinking that I wasn’t already aware of how I looked. He gently reminded me that there’s a difference between white and black girls, which is why my beauty had to be specific. When I looked confused, he kissed me and laughed. I wondered what was so funny.

Despite my positive self-image and unwavering confidence, I allowed this to happen time and time again because I was focused on other things: the attention I was getting, or how strong my feelings were. I found myself questioning what these boys said to me, but unwilling to go deeper, to make myself understand. I didn’t want to run the risk of ruining what I saw as “a privilege.” For so long, I saw being in a relationship with an attractive guy who was genuinely interested in me as something that could be taken away if I were to act out, or behave in a way he found annoying—even if that behavior was me attempting to understand exactly what was transpiring between us. It seemed safer to just keep my questions to myself, a mindset that put me in situations I found uncomfortable and, looking back on them, know to be degrading.

Now, at 17, I feel lucky to be so aware of the microaggressions that can transpire when black girls date. Just because someone is 12 or 13, does not mean that they haven’t absorbed the stereotypes about black girls and women that are so prevalent in our society. Mutual respect is the foundation on which any relationship should be built, but the harmful stereotypes about black women littering the media and our brains—that we are hypersexual, immune to pain, and so on—create a general mindset in which respect for black women is diluted, or becomes optional. That respect is threatened when people say things like “I have jungle fever” or “all you are is your butt.” That reduces me to a portion of who I am, and in no case is that ever acceptable.

It’s hard to navigate dating when so many potential partners don’t question the antiblack and misogynistic messages they have absorbed about black women from media and pop culture. It is even more difficult to break out of the self-hate we learn via those same channels, because it is not always easy to recognize. I did not realize until recently that I didn’t have to adopt a hypersexualized persona to attract the attention of men. It has taken me even longer to realize that wasn’t the sort of attention I wanted anyway. Still, I give myself credit for having independently reached such a conclusion when much of the representation of black women is still highly sexualized. There is nothing wrong with being in touch with one’s sexuality. The issue lies in the idea that a black woman’s sexuality is the only tool she has to get ahead, that it is all others are interested in, that it is all she has to offer.

I spent most of my early teens hopping from one relationship to another, and it wasn’t till I found myself without a boyfriend—and with no desire for one—that I saw how willing I’d been to overlook the offensive nature of how I’d been treated, in the name of romance. I’d deluded myself into thinking microaggressions were nothing, even when I knew there was something wrong. These situations had just as much to do with me as they did any of my boyfriends. If I didn’t speak out against their behavior, how could I expect it to stop?

Dating creates an environment where people are readily prepared to overlook awkward issues in order to potentially foster a relationship with someone else. Demanding respect from the people you’re dating can feel like a battle between the desire to be liked and to hold on to your dignity. Since people don’t like being called out, breaking down their prejudice can result in conflict or uncomfortable conversations—things many of us try to avoid in romantic interactions. But ignoring racism doesn’t make it go away. By saying nothing, I was just perpetuating the cycle. If you don’t tell someone they’re wrong, they’re going to keep thinking they’re right.

I decided that it wasn’t OK for me to permit behavior and commentary in a relationship that I would reject instantly in any other environment. Aside from the ways doing so diminished me, I would be complicit with perpetuating skewed stereotypes. It’s no secret that black women are some of the most disenfranchised members of U.S. society. That being the case means that there is an even greater need for me to reject degrading notions that potential partners may have about me, or about black women in general. That seems to me the only way to navigate dating while staying true to myself: refusing to compromise. I’m not what the media says I am, and I’ll be damned if I date someone who thinks otherwise. ♦

Jamaica Ponder is a rising senior at Princeton High School. She is the author of her own blog and the creator of her own web series, which is scheduled to debut later this month. She is a feminist, professional troublemaker, concert-goer, and lover of smoothies.