There are moments when I feel absolutely, irrevocably free. 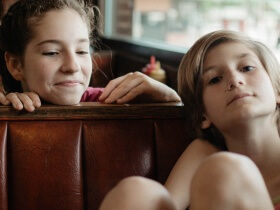 Days Are Getting Longer 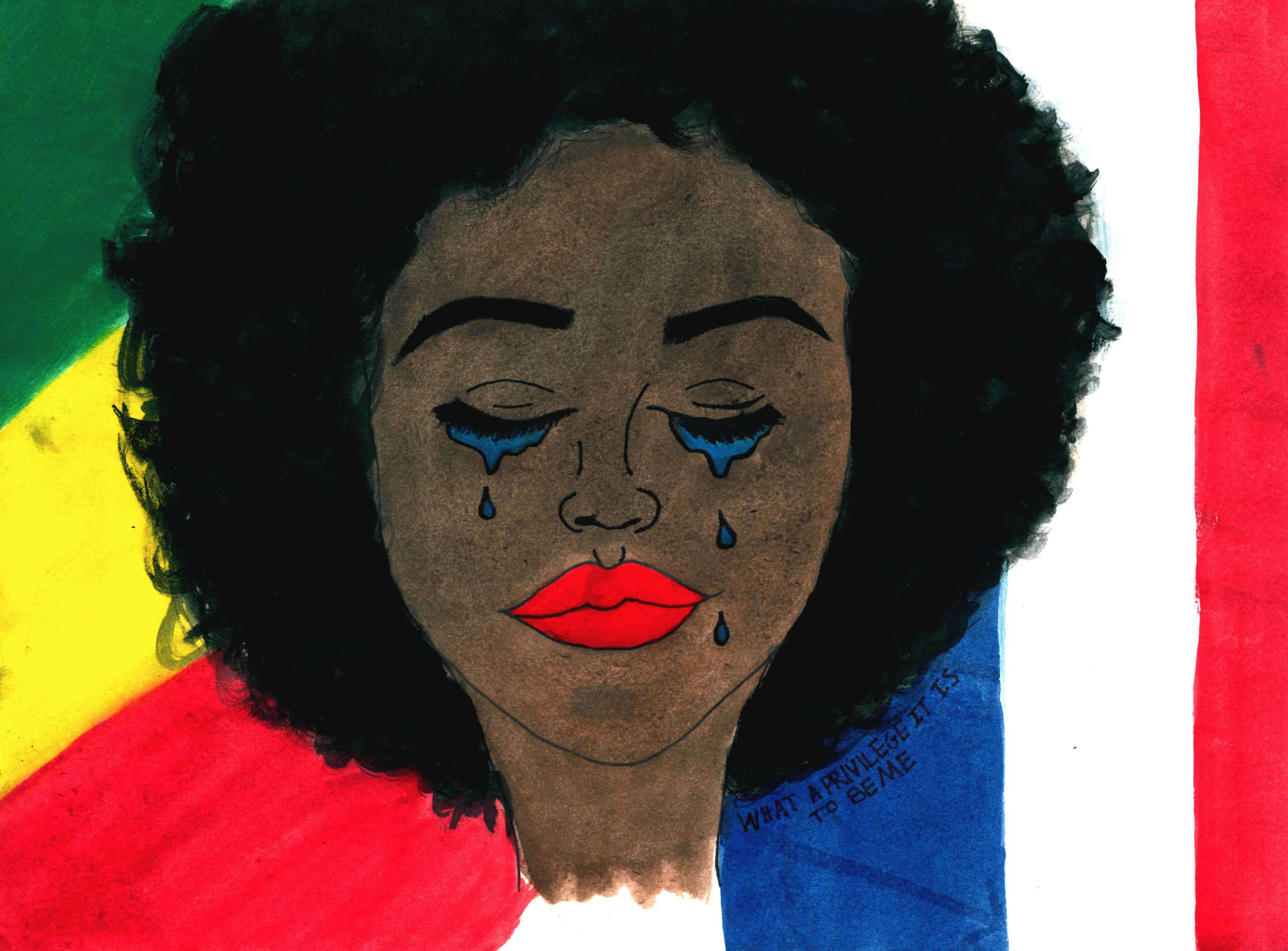 I was in Toulouse, France. I’d just spent my first New Year’s away from my parents, biting into 2016 and a new internship. Fresh off the plane, I spent most of my free evenings exploring the city alone and going for long walks along the Garonne River. But I couldn’t seem to get my bearings, and one evening, I found myself on a long street with a beautifully lit building before me. In front of it stood trees with globes hanging from their branches like lit fruit. I had no idea where I was; I’d been completely lost in a maze of jumbled, small, and winding streets for about two hours. I was blissfully happy. Despite having the kind of parents who warn endlessly of the dangers for girls alone in big cities (and as a Montréal girl, I know them), there I was. Not scared, not worried. Just happy.

Just then, the fact that I was an unmarried black girl under the age of 21 traveling alone in a strange city where I knew basically no one, and feeling not the least bit scared—ALL AT THE SAME FREAKING TIME—crossed my mind, and a brutal wave of wonder hit me. I found myself crying of happiness in that unfamiliar place. This kind of wonder is still new to me. It is Black Girl Magic.

I’m a mix of France and Congo. Although I was born in the Eastern Province of Democratic Republic of Congo, I grew up in Montréal and lived all my life in its cosmopolitan mix of cultures. I saw my dad’s side of the family often, sang away my childhood to Joe Dassin and Édith Piaf tunes, and learned to love cooking by way of my grandmother’s cassoulet and gratin dauphinois. I attended a French lycée and learned history and literature through the lens of French history books.

It was easy to love and embrace the culture of my father because it was always all around me. Its dominance in my life is probably why the Congolese influence on my upbringing was lighter, and more difficult to anchor inside me. From my mother’s people I inherited my dark skin, afro hair, nose, hands, the pale, pale soles of my feet, and access to the curvy pleasures of too-tight jeans and dresses. I also have a handful of Lingala words, from the early days when my mother still told us to “kende kosukola”—go take a bath—and exclaimed “Mama na yo!” when we did stupid things. This was before she got scared we wouldn’t learn any language properly if we were learning three simultaneously and decided to make French and English a priority because of where we lived. I have lots of gorgeous jewelry, colorful clothes, and, when my memory serves, a few stories of witches and warriors in the deepest forests surrounding the Uele River that my mom told me and my brother as kids.

Those elements of my mother’s culture have become more and more important to me. As I got older, I felt that parts of the woman I was becoming were missing. But it wasn’t until my teens, when my black friends and I started to talk about cultural issues, that I found myself discovering a world of social debate. And one day, the phrase Black Girl Magic, coined by CaShawn Thompson, made their way to French Canadian communities and onto my news feeds, which until quite recently were dominated by the main cultural issues here: preserving the French language and immigration.

All at once, it was as though Black Girl Magic was all around me. I had spent most my life immersed in French and Montréal culture, but now my friends and I were talking of feelings of entitlement to all of the beautiful things—physical, cultural, intellectual—that were our inheritance. With my siblings and friends, I’d often joked about how strict our upbringing seemed to our more Westernized friends, about how shyly we declined invitations to sleepovers and late nights out. In the past, we’d admired our moms when they dressed in wax or bazin riche, and passively complied with their of demands that our skirts be a certain length and “classical” in design. But now our moms and aunties lives showed we could be proud to be what we are. The traditional dresses my mom wore on special occasions; the African food she cooked at Christmas for the French side of my family to enjoy; the collection of African authors in the basement library—I wanted to show it all off, and wear it on my sleeve, alongside my heart. My girls and I talked of “going natural” and “buying the latest Chimamanda book.” We unburdened ourselves of the insensitive comments, and loudly deplored the absence of faces like us on all the pedestals of Western culture (yes-yes, Québec TV also has a long way to go). These were the tangible and real manifestations of the cultural imbalance we felt not only in the media, but also in our daily lives.

The solidarity and pride my friends and I felt more entitled to every day came from cold facts and concrete things we witnessed. It came from statistics about the lack of black people in the fashion and cosmetics industries and in the acting world, and from scandals of blackface in the newspapers. We were inspired by Angelique Kidjo and Ibeyi on daily playlists, Beautiful Naturelle in my subscription inbox, and Fatou Diome’s novel The Belly of the Atlantic on my bedside table. Black Girl Magic was my physical inheritance from the black people before me, and it was a social thing and it was bigger than me. It concerned me as part of a wide group of strangers sprawled across the seas, and it included generations before and after me. I knew all of this. But when I was so very alone in that French street, crying my eyes out, I was only just realizing one of the most important parts of this heritage: freedom. In that moment, I was so very free. And even more so for recognizing it.

It may seem an obvious thing to mention, but not all people of color can say the same. Today, I have inherited the gift of freedom, as a young, unmarried black woman. Freedom! It is such a huge part of the heritage of the black women that came before us, whose names we see in history books or in the papers. Rosa Parks and Maya Angelou, our mothers, aunts, sisters, and artists like Viola Davis and Chimamanda Ngozi Adichie, what we were given by these women, as young black girls, is space, means, a voice, choices. In a word, freedom. I returned to Fatou Diome’s The Belly of the Atlantic, a gem of a fiction about the balance of power in a postcolonial world, the value of skin color and of your passports at borders where the two can change the rules for the better or worse. Above all, though, this book, like Black Girl Magic, is an argument for freedom, and proof of it. We do not have to live bound by rules.

We don’t experience history in its continuity. The people and eras we won’t ever know are more numerous than the ones we will. But the feeling of wonder in possibility that I felt in Toulouse is what I hope always stays the root of my cultural pride. Freedom is what we are (and have always felt) equally entitled to. It is at the core of wearing your coils and putting on red lipstick, having Caribbean music on the world’s radios, and African literature on the shelves of school libraries, of asserting that all of us have a place in this world.

That moment of wonder on a Toulouse sidewalk changed my perspective on Black Girl Magic. I see now that it’s more than what we’ve inherited. It is the manifestation of what assembles these pieces of heritage; the freedom we can seize to be, in the exact place and time we are, always. I can go anywhere. I can do anything. This time is mine to spend. This city is mine to discover. And I have the blessed freaking freedom to do so. It was a surreal, core-wrenching, emotional way of connecting to my roots—spilling black girl tears all over the sidewalk. I came to a wonderful conclusion, one that is very hard to realize, especially when your identity comes with the leftovers of a terrible hatred that you sometimes mistakenly turn upon yourself. Something everyone should have the liberty to think, not once in a lifetime but every day. Something magic: What a privilege it is to be me. ♦

Congolese-French Montréaler with a love of dance, travel, writing, and life. Florence is a translation student, Kumba Huella dancer, and stagecoach/stage manager. She’s also co-founder of Marigold Sessions, which you’ll hear about on Twitter and Instagram soon.