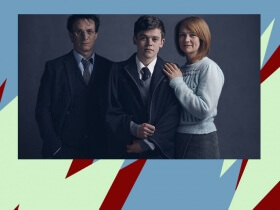 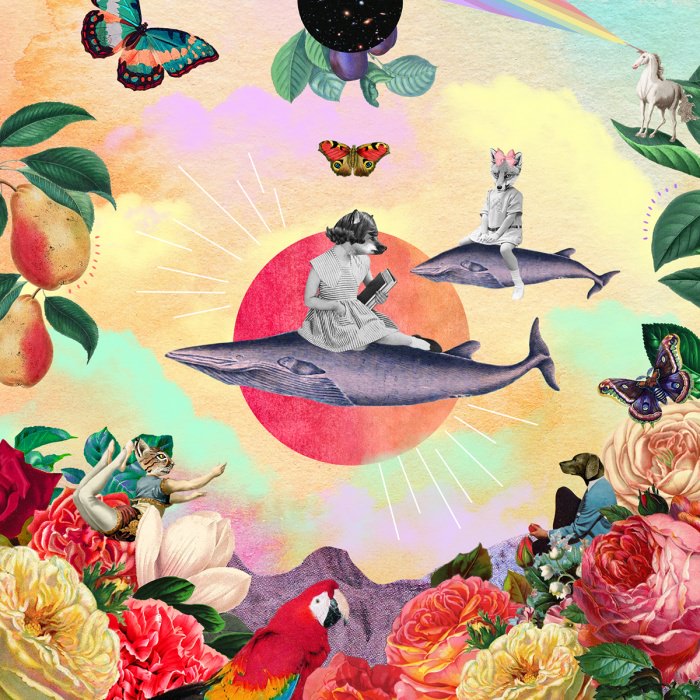 Happy summer, Rookies! To start it off, June’s theme is ADVENTURE, as in: Choose Your Own. Allow us to usher you into a world of possibilities, not just in your summer break, but also when it comes to a little thing I like to call your COMPLETE WORLDVIEW. The photographer Autumn de Wilde once told me about sitting with her friends at a lookout in L.A. and taking in the skyline when one of them whispered, “Now imagine Godzilla comes in on the right.” (A few years ago, Autumn wrote for Rookie about searching for the irreverent by using photography.) I think about this story all the time—like, at the risk of sounding like Bieber/Skrillex/Diplo in this mesmerizingly bro-y interview, how can I take everything one step further? Not just in work and creativity, but physically viewing the world as though anything could happen?

This theme is about shifting your perspective and deconstructing/recalibrating how your heart-brain contraptions process lyfe. For me, lately, this has meant loosening my grip on anything that seems like an answer or resolution, and becoming more comfortable with having not a BLUE’S CLUE what to do about anything. Recent unease makes me wonder if closure is a myth; catharsis, too? I don’t think every transformative-feeling event is a total hoax, but it turns out that other facts of your life linger on past these revelations. Residue cannot be denied. You’re never really reborn, and no one you once loved and no longer love in the same way can be fully erased. How many times have I listened to Taylor Swift’s “Clean” like, “OKAY, this is it; I am now clean; yes, yes I am,” only to replay the past in my mind as soon as I’ve hit the pillow and my room is all gray shapes? Maybe you are never “clean” because actually being clean would mean not singing a song about it, but singing a song about, I don’t know, a recent trip to the zoo that was very educational and also took your mind off things?

In addition to the residue of past events, I often find myself strategizing to overcome the feeling of isolation that comes from there simply being too many people on this planet for you to really understand every one of them. How bizarre that I ever thought that a nuanced sense of mutual recognition was part of the deal with every single person you encounter in any capacity! This is OK most of the time—a few good friends do the trick—but it occasionally sends me spiraling into disdain, e.g. that time at yoga when the instructor cheerfully yelled “Nama-slay!” and I had to dig my nails into my mat to keep from clawing at him.

I spent so much of high school—so many Editor’s Letters, too—crystallizing the moments that transcended this inevitable and perpetual disconnect. Real-life events so fantastic that they felt like not real life, but like scenes from a movie, or music videos, or dreams. Here are some pages from my junior year journal where I actually coded said moments according to which reality they’d taken place in: 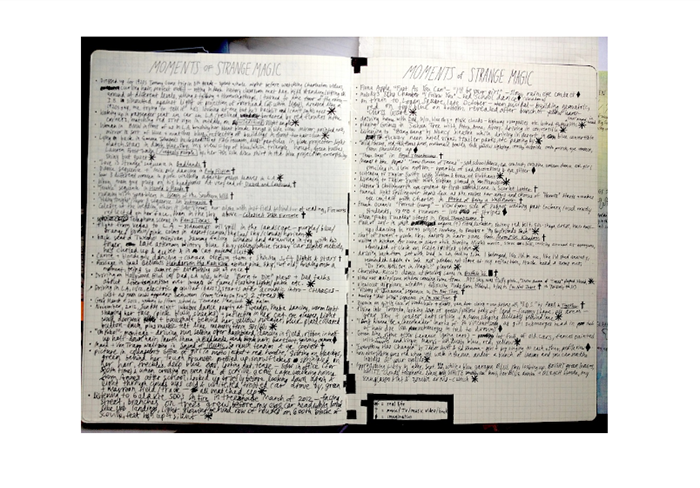 Then I graduated high school and moved to New York to act in a play called This Is Our Youth. Every night for eight months, I existed as a 19-year-old girl learning she’d been set up on a date, and trying to get to know the guy, but also protect herself, in turn. She fluttered rapidly between anxiety and ease, renewed faith and lost hope. My skill for recognizing when a transformative moment in my life’s arc was taking place—and how to articulate it later—had served me so well in writing, but was making me act like a robot onstage. Being so strategic around orchestrating these moments of alleged connection may have had the opposite effect: I was used to watching myself, satisfied with the picturesque quality of X car ride with friends or Y kiss with boy, but not feeling much on the inside. To actually insert myself in a work of fiction, I had to stop thinking in terms of these learned moments of what constitutes as significant, according to works of fiction that have insidiously brainwashed me into recognizing catharsis or meaning only when it’s visually stunning, fantastically scored, portrayed by handsome movie stars.

We all do this to some extent in how we act in our lives. This one is probably more susceptible than previous generations because we’re not only constantly consuming culture, but also media: memes, expressions, that moment when, that feeling when, other intimations of familiarity. I don’t know if it’s actually self-actualizing to make such frequent declarations about your perceived state of being. In a recent interview with the Paris Review, writer and psychoanalyst Adam Phillips remarked, “When people say, ‘I’m the kind of person who,’ my heart always sinks. These are formulas, we’ve all got about 10 formulas about who we are, what we like, the kind of people we like, all that stuff. The disparity between these phrases and how one experiences oneself minute by minute is ludicrous.”

But who could blame us? David Bowie asks in “Station to Station,” “Who will connect me with love? […] I’m thinking that it must be love.” These lines are not sung consecutively, but in my head they always go together: If all the elements are in place—my look, the playlist, a catalog of pre-formed opinions, a collection of charming stories, a road map for the conversation—surely the feeling of love, or connection, must follow?

We are moving at all times through thick, humid, innumerable layers of memories, expectations, daydreams, regrets, projections, movie scenes, music videos, our shit, other people’s shit, and a unanimously shared, although not necessarily consented to, hammered-in system of ideas about the way the present moment “should” go. Doing a show every night, everything that has to happen for the story to be told is already in your muscle memory, so your intuition is freed up to react in ways human beings can only do when something is really happening, to them, for the first time, right now. I feel most able to trust my intuition, rather than hide behind intellect, if I’ve designed some kind of plan for who the character is and what has to happen to her. But then it’s crucial to stop thinking about what I’m indicating or conveying, and to just be it. Just look at and listen to the other person, as if you don’t know what line they’ll say, or how (which you don’t, because the actors are all a little different every night, too). Just by being alive, you’ve been subconsciously collecting data about the alchemy of every hyper-specific variety of human interaction from a young age. During a scene, this intangible instinct might work more quickly than the skills you learn in English class for analyzing a text.

I’m doing another play now, The Crucible, and have spent all this time writing for myself about how stage acting teaches you the balance between knowing who you are and what you want to convey, and being open to the possibility of being changed by someone or something outside of yourself. In this time, my conversations and friendships have gotten richer. I know now how boring it is to want so desperately to be liked by someone that you deliver all the safest facets of your personality by covering a range of topics you already have formed opinions on. Whatever the real-life equivalent of mapping out a scene is, is important, too—taking lots of time alone, having a sense of what I like about myself and how I might be a good friend to someone. But if I keep focusing on how I’m coming across in an interaction, instead of asking questions and listening, the safety net becomes a sort of prison. It’s not that interesting to be one of two people getting together just to reinforce their own images of themselves.

Because this implicit type of knowledge is so unquantifiable, it’s hard to know when a moment onstage “worked” or not. If I’m playing someone struggling to be understood, I always feel like the show is going poorly until I remember that’s the sinking feeling of the scene. I confide in other actors and ask them how they evaluate their work, and it’s been pretty unanimous that figuring out whether or not you did a good job is beside the point. Sometimes when a scene feels new and particularly dynamic, I come off and try to remember what made it different, but because I was actually there and not watching myself like a camera, I can’t put it into words. It’s a kind of glossolalia, like the Cocteau Twins’ famously indecipherable lyrics. This song of theirs became important to me in the time I spent between these two shows, reflecting on the experience of the first and preparing for the second. You can’t understand what Elizabeth Fraser is singing and you’re not supposed to, but it’s popped into my head every time I’ve wondered, in retrospect, if a significant-feeling event really was pure and new as Heaven, or, like Las Vegas, simulacra.

My scenes in This Is Our Youth were with one other guy, about a relationship building potential and then falling apart. Because The Crucible isn’t that directly about finding love/connection with one other person (or about such a thing at all), it’s way harder to trust my own feeling on if a moment “worked” or not, but I’ve also gotten more comfortable surrendering to the impossibility of really knowing anyways. You can’t watch it back, it both builds and disappears with every passing second, and there’s usually an alarming difference in how I evaluated a scene vs. another actor in it or the director or someone watching. I recently sulked into the dressing room of a far more experienced actor and asked him if he’s ever realized halfway through the run of a show that he’s had the character all wrong for months. He was like, “Yes. Wait. Are you kidding? Tavi. Ninety-eight percent of what we do out there is trial and error.”