A dance with Princess Nokia, clashes with a stepparent, and random acts of kindness. 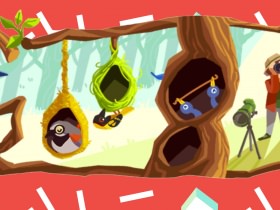 A couple of weeks ago, me and my sister listened in while my mom and my stepdad were fighting. I didn’t mind because my stepdad was making an ass of himself and my mom seemed mostly in control. It’s super rare that we see our mom reprimanding my stepdad. He’s always doing something annoying and when we tell her she puts it under wraps, which makes us feel like she respects him more than she does us; she has noooo issue putting us in or place in front of him, yet when he messes up nothing happens.

Anyway, they were arguing about how my sister and I don’t make him feel welcome in the house. I thought that was ridiculous because ONE, Does he have any idea what it’s like to be two girls and have some strange man move in with you? And TWO, I thought I was doing a good job because I wrote him a letter that was basically a peace offering and we were doing fine. My mom called us downstairs and told us the issue.

I was already annoyed because I’d only managed a couple hours of sleep the night before (thanks school), and I was ready to go to bed. As a result, I was not super engaged. On top of that, my stepdad was acting so so SO immature, it was unbelievable. The entire time he was cutting my mom off, being sarcastic, and laughing at what she was saying. It was so irritating to witness, when I knew my mom just wanted to diffuse the situation. It was really hard for me to watch him treat my mom that way. Everything down to his body language showed that he didn’t care about anything. He is also starting to act just like my dad who I consider emotionally abusive and recently, physically abusive.

At this point, I feel like it’s important to mention that I hate starting problems like this. But every time I try to make sure everything is OK, I get pushed and agitated until I react badly. I don’t like getting angry, especially not because of other people. It makes me feel really helpless and out of control. One of the main triggers for that feeling is people not listening to me, especially when I haven’t done anything wrong, I don’t know why.

I started trying to say something, to be the voice of reason. I just wanted to stick up for my mom. But, although I listened to my stepdad when he spoke, whenever I tried to speak he cut me off. It hurt: I truly, truly hate not feeling heard. He kept provoking me, it was like he knew what he was doing. Then, when he saw me getting worked up he handed me his glasses and he’s like, “Go ahead and break them since you’re acting like a psycho.” That immediately set me off. I have issues with mental health that I’M not even ready to address, and here he is explicitly enabling my anger. I don’t think anyone’s ever done that before? I took them and I broke them, and I lashed out and ripped his shirt and broke his phone.

I’m really disappointed in myself. Why do I always let people have this sort of control over me? I think part of what made this situation escalate was that it reminded me of my dad—I’m still really sore about all that went on with him. I hate how all of this started because he didn’t feel welcome but now I feel like I don’t belong anywhere. I’ve been working really hard so that my mom can change the custody so I don’t have to live at my dad’s anymore, but now that I have this issue with my stepdad everything is feeling a little impossible. I feel like I’m floating between two spaces that were never really mine to begin with. I try to hang out with friends more but anxiety doesn’t help with that. I find myself spending a lot of time alone, which is important and I understand that we all need to be able to be alone, but I think I’ve done a lot of being on my own. Now I feel lonely and it’s no fun at all.

I have one year left of high school and getting out of here feels so far away. I don’t know if I’m ready to handle everything that’s bound to come this year. ♦